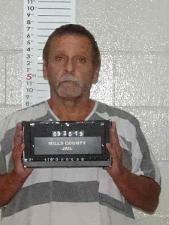 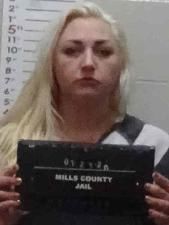 (Malvern) -- Two suspects are in custody following a drug investigation in Malvern.

The Mills County Sheriff's Office says 28-year-old Jennifer Elaine Schraft of Malvern and 59-year-old Michael Earl Gillenwater of Bellevue were arrested early Tuesday afternoon on two counts of possession of a controlled substance, drug stamp criminal penalties and possession of drug paraphernalia. The arrests took place at a location along Lincoln Avenue in Malvern at around 1:20 p.m.