"We didn't get quite as much as we were anticipating--which is great," said Lyman. "We'll always take that. I think the harder complication was the sleet that we had. I know there were a handful of accidents out and about, especially early on, when that sleet stopped, and the snow got on top of it, it made things pretty slick. I think they got home around midnight on Friday--once it kind of got out--and were back at it again on Saturday."

"That's a big much," he said. "But, you know, the first snow of the season, people tend to forget. So, hopefully we'll get some more compliance going here. I thought I saw a chance for more snow on Friday, as well."

Last year, the Shenandoah City Council approved an increase in fines assessed to vehicle owners violating snow emergency parking regulations from $25 to $50. Violators not paying parking tickets after 30 days face an additional $20 fee. Failure to pay tickets after that brings in other penalties, such as having the city install boots on tires, or even impounding vehicles. Council members also approved a 28-E agreement with Page County, allowing the county treasurer to collect fees for not paying parking fines at vehicle registration time. Lyman says it's too early to tell whether the ordinance changes are impacting snow emergency parking violations.

"I feel like the previous year that I've been around," said Lyman, "you know, that first round, it's a matter of getting people to remember to move, and do what they need to do. Hopefully, with most of these folks, one ticket is enough, and we'll have more compliance from here on out."

In addition to obeying city ordinances, Lyman also has another requests for motorists driving on city streets as city plows are out and about.

"If you're driving around downtown, and our folks are working, removing snow, please don't try to drive through any of those piled drifts," he said. "Go around, take a right, don't drive through it. Give them the space that they need so that everyone can be safe, and get about their merry way."

A copy of the city's snow emergency regulations is available at Shenandoah City Hall, and is published here: 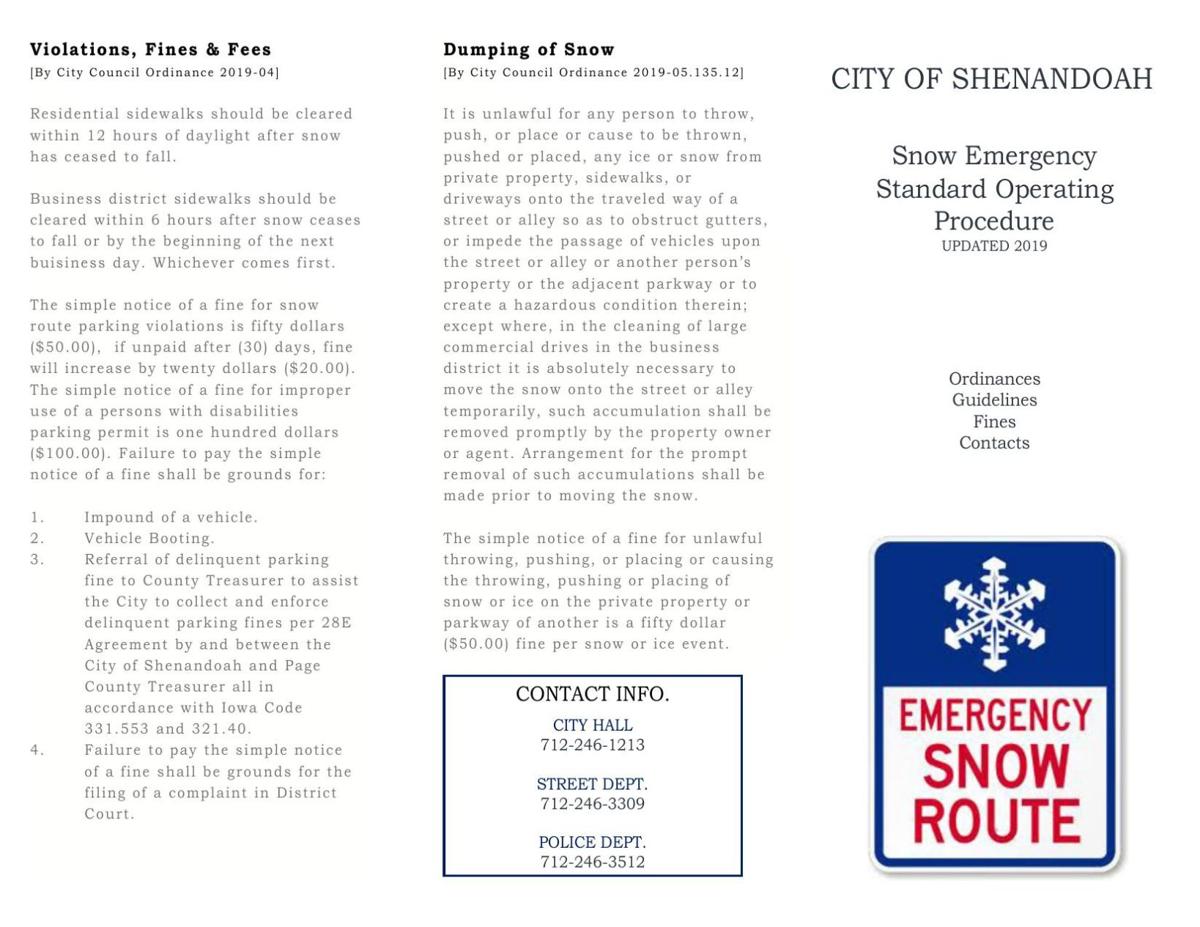