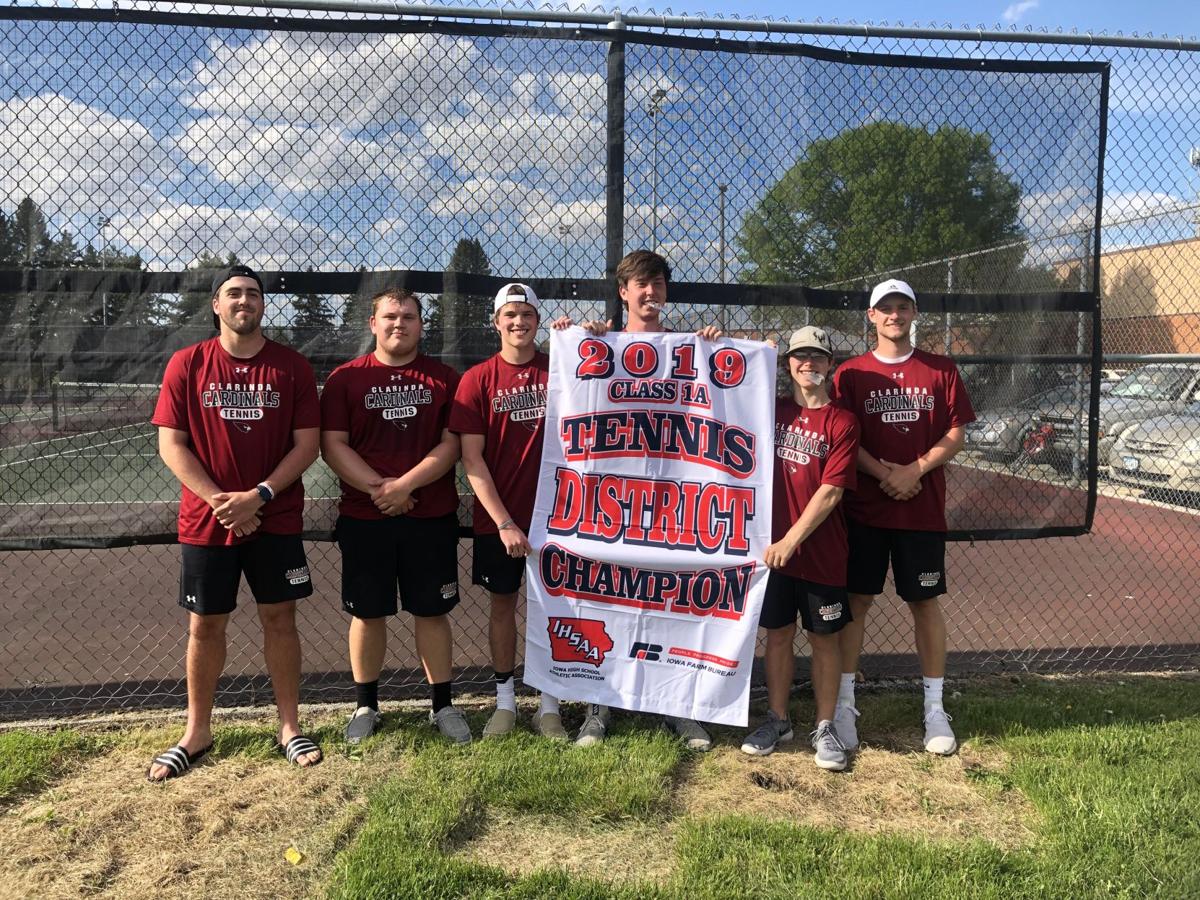 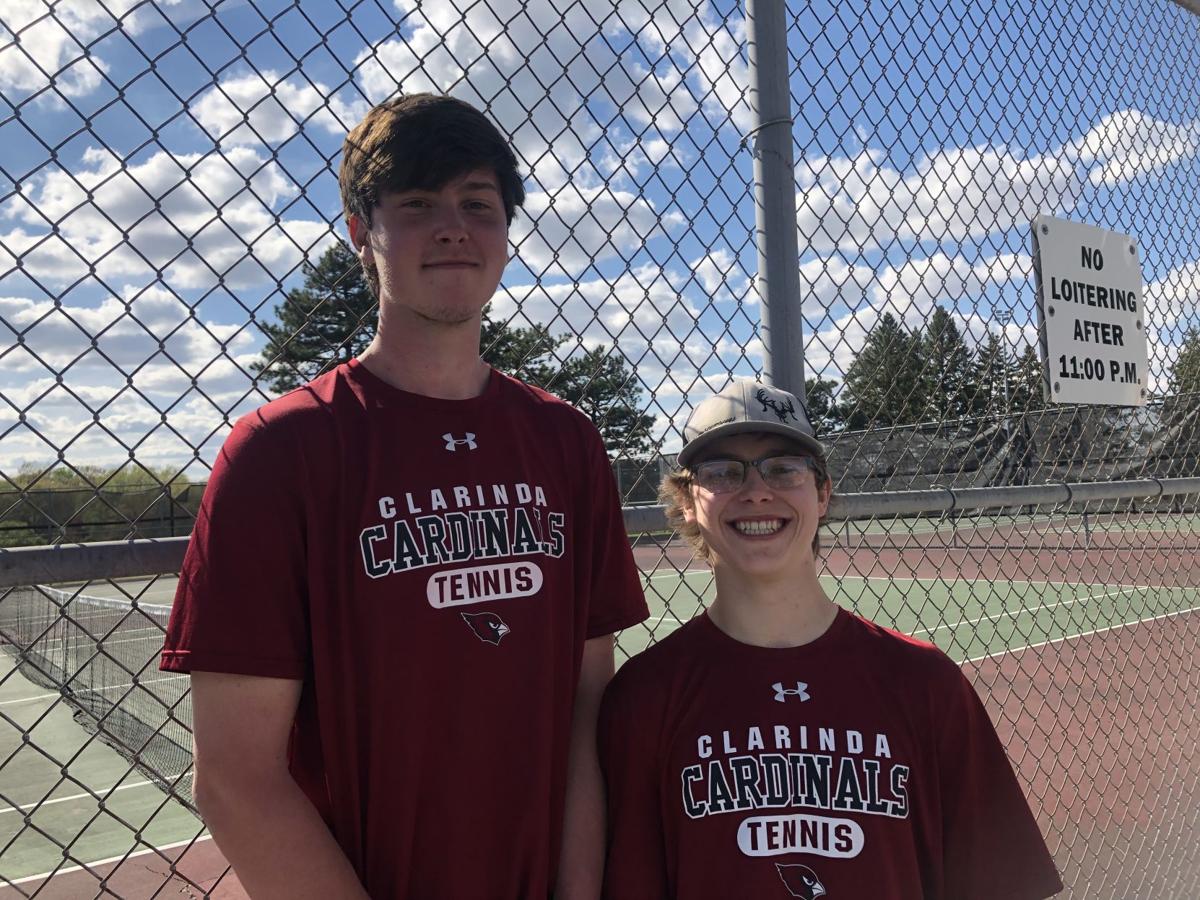 (Atlantic) -- The Clarinda tennis team continued their fantastic season on Friday in Atlantic, scoring 21 points to win a district championship and advancing a doubles team to the state tournament.

The Cardinals will send the unique doubles duo of Brady Williams and Alex Best, who differentiate in height by about 14 inches.

Best (at 6-foot-6) and Williams (at 5-foot-4) were seeded second to start the day and handled business in their opening round, taking a 6-3, 6-0 victory. Later, they advanced to the semifinals with a 6-3, 6-2 win and secured their spot in state with a 6-3, 6-4 semifinal triumph over a Norwalk pair.

The Clarinda duo lost in the doubles championship to AJ Clarkwilt and Drew Hall of Norwalk (6-3, 6-3).

In singles action, Atlantic took the top two spots with Nile Petersen securing a second straight trip to the state meet with a 6-0, 6-0 win in the final over teammate Grant Sturm.

Hitt and teammate Kory Rogers placed third and fourth in the singles bracket to clinch the district championship and a spot in next Saturday’s substate final. Atlantic had 20 points in second and Norwalk was third with 18. The Trojans will host Norwalk in a preliminary substate dual Saturday morning.

View a full video interview with Williams and Best below. Full results are also embedded below the video. 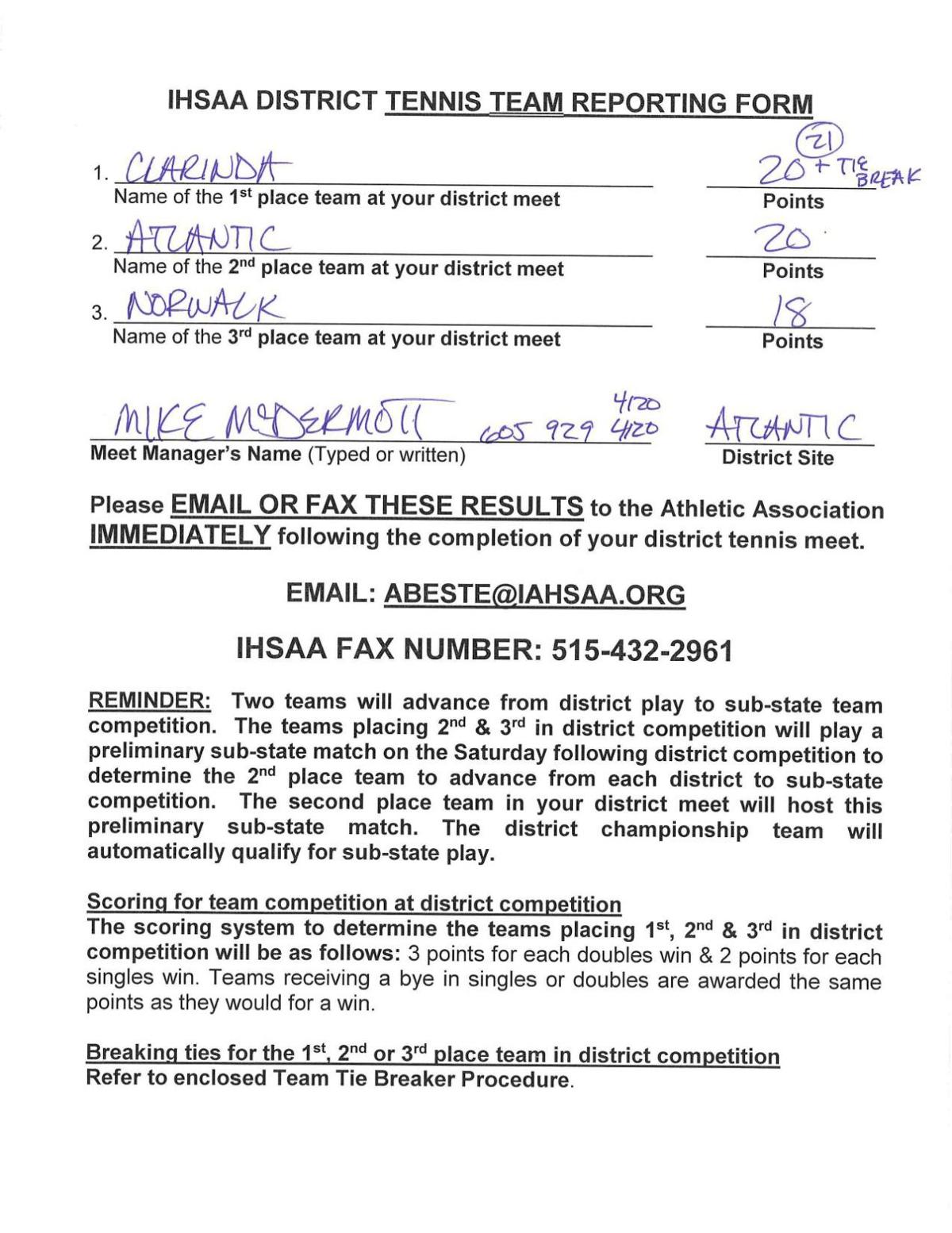