(KMAland) -- The Clarinda bowling teams swept their way to wins over Tri-Center on Thursday.

Tri-Center’s night was led by a 313 series from Desi Macias. Charlotte Guerrero added a 311 series for the Trojans. 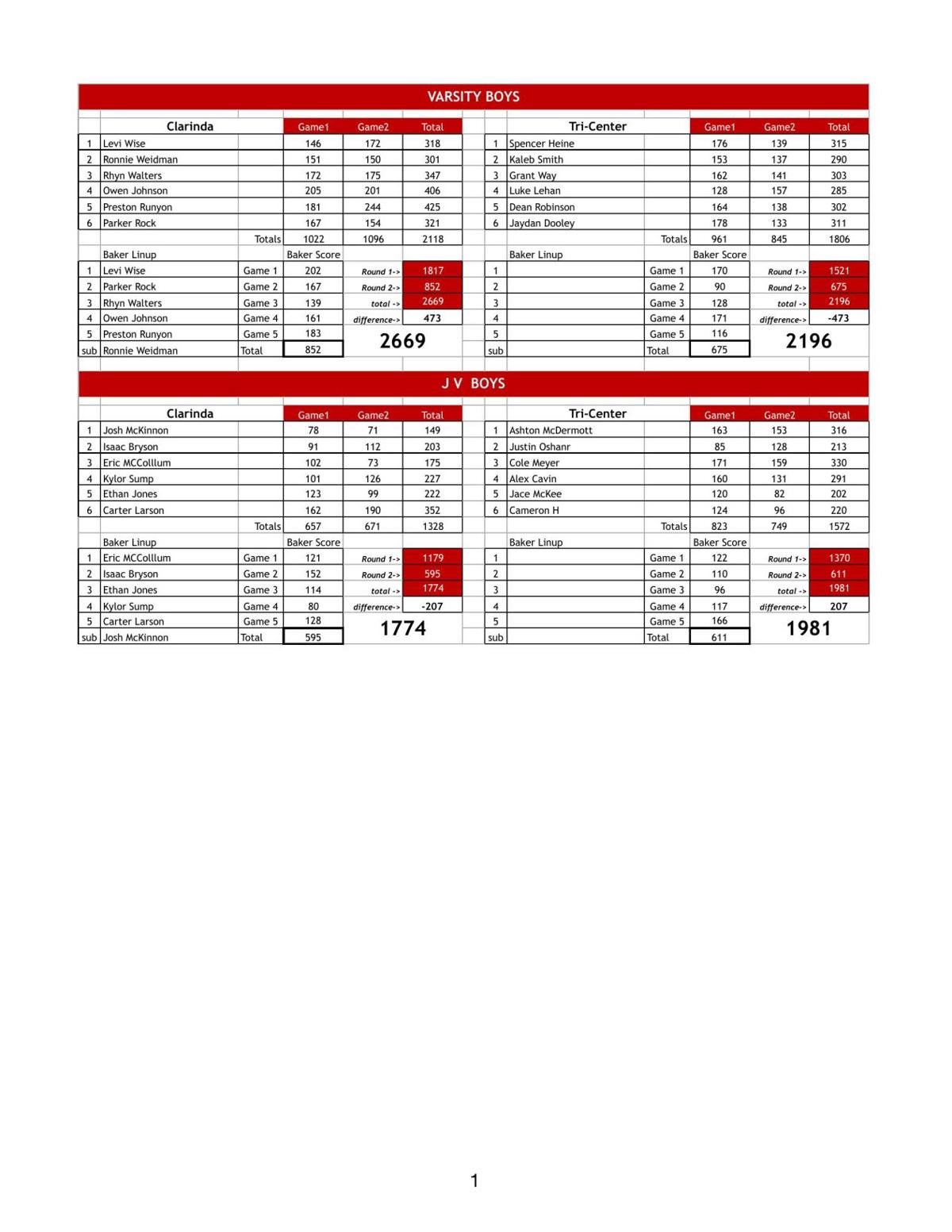