Lewis Central rolled a 2604 as a team to capture the overall title. The Titans were led by Audriauna DeLong with a 400 — which was good for second place overall in the individual race. Aleesha Oden (388) and Jerika Koopmeiners (360) finished third and fourth respectively for LC.

Denison-Schleswig’s Cassidy Bradley won the individual title with a 425. Harlan’s Jayden Gessert scored a 342 to round out the top five.

Full results can be found below. 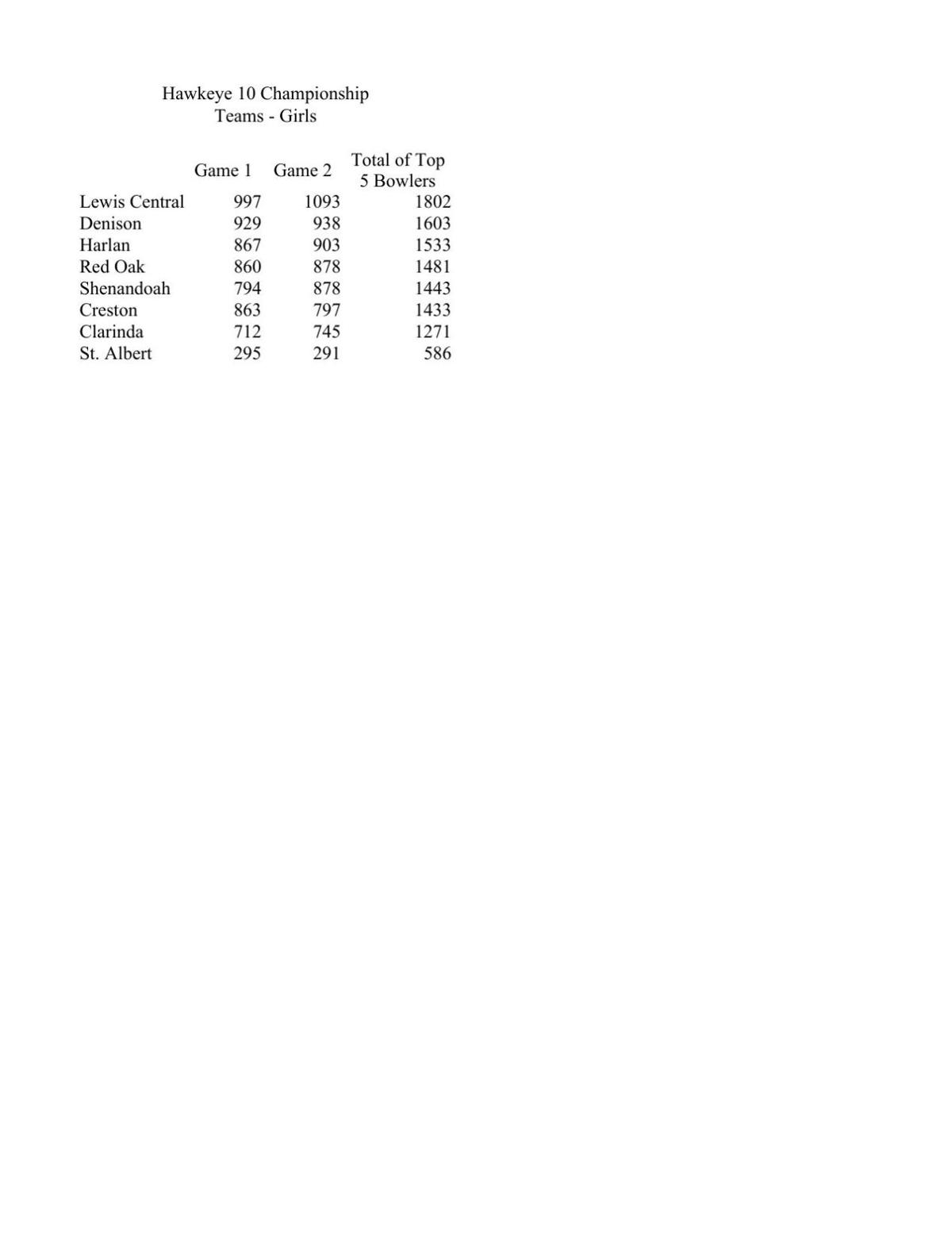 The Denison-Schleswig boys edged out Shenandoah to nab the conference title. The Monarchs top five all finished second-sixth in the individual race. Trey Brotherton led the way with a 450, Blake Polzin rolled a 436, Kyle Segebart scored 428, Jacob Miller finished with 413 and Lucas Segebart tallied 411 in the impressive performance.

Full results can be found below. 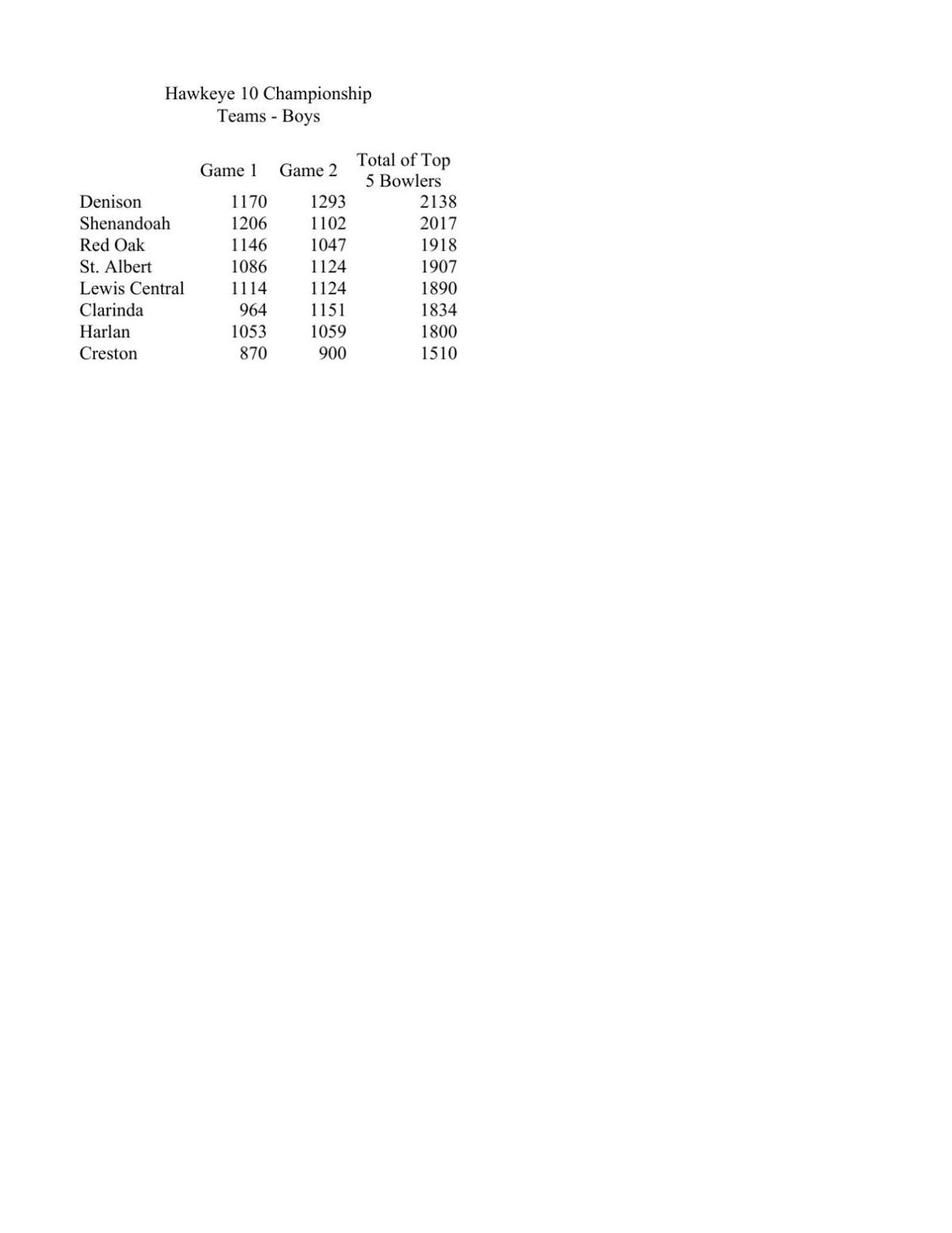