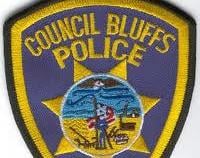 (Council Bluffs) -- A murder investigation of a "cold case" from 2003 has resulted in an arrest in Council Bluffs.

In July of 2003 32-year-old Alvarez-Hernandez Nelson of Omaha was stabbed to death outside a residence at 1613 South Street in Council Bluffs.

Statements were obtained at the time of the incident, and witnesses stated that they observed several subjects near the victim and fled the scene before police arrived. Meanwhile, several pieces of evidence were collected from the scene and a DNA profile was developed. The profile was then compared to all DNA profiles in Iowa's Forensic Casework and Convicted Offenders files, but remained unidentified.

Then, in late September of 2013, the Council Bluffs Police Department was notified by the Iowa DCI lab that previously unknown DNA profile had been positively identified as 47-year-old Thomas J. Sanchez of LaVista, Nebraska. With that development, the case was reopened, and the Criminal Investigation Division of the Council Bluffs Police located Sanchez and he was arrested for murder 1.

Sanchez is being held in the Pottwawattamie County Jail on one million dollars bond. The investigation is ongoing.