(Des Moines) -- A Shenandoah man convicted of a 2009 murder has lost his latest appeal for post conviction relief.

The Iowa Court of Appeals affirmed a lower court's ruling Thursday that denied PCR for 40-year-old Brian Heath Davis. Davis filed the original appeal in 2017, arguing that his legal defense was insufficient. A district court judge denied his request in 2018. Davis filed the appeal shortly after that decision and oral arguments were held in November. The three-judge Court of Appeals panel held that the district court's decision was correct.

Davis was convicted in 2015 for murdering his girlfriend -- Holly Durben -- at their home south of Shenandoah in July 2009. Davis called authorities and said that Durben had shot herself in the head. Authorities say Davis choked Durben and shot her before calling law enforcement.

Davis was sentenced to life in prison without parole. He is currently lodged at the Anamosa State Penitentiary. A full copy of the Appeals Court decision can be found below. 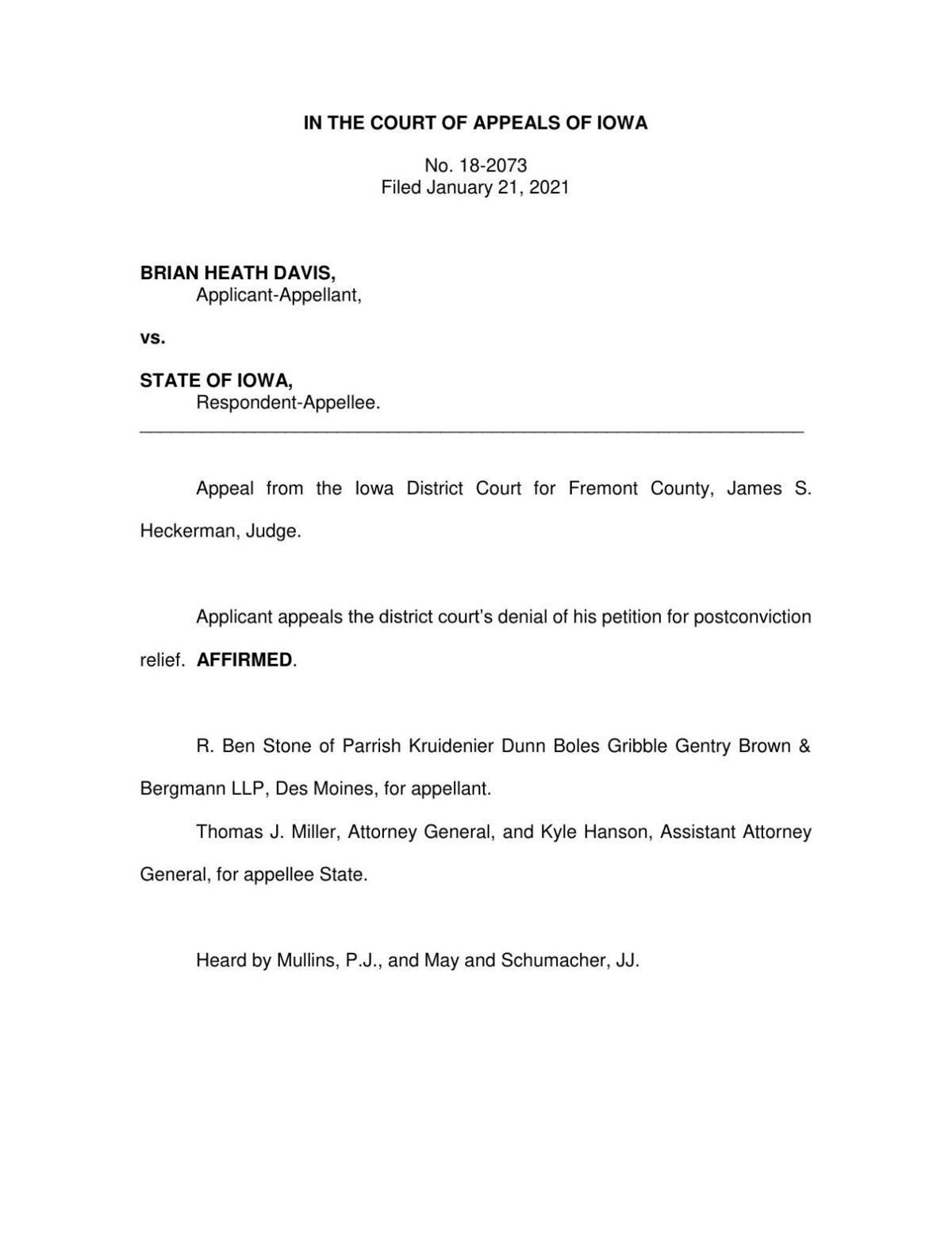