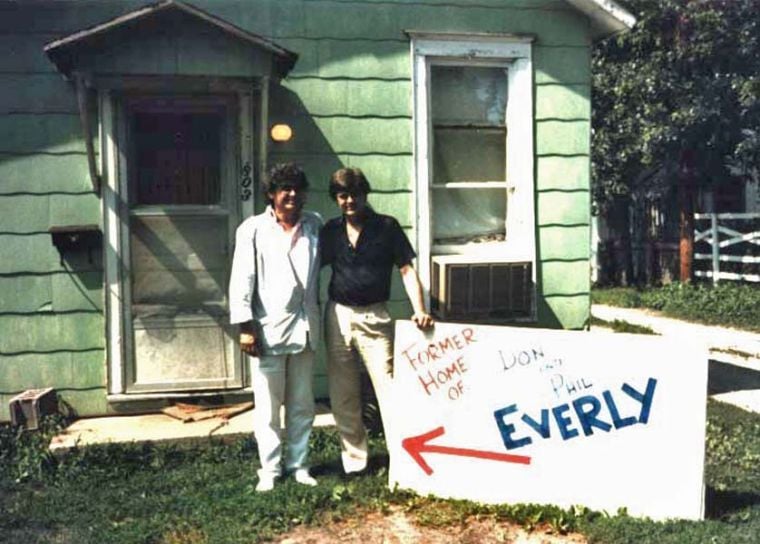 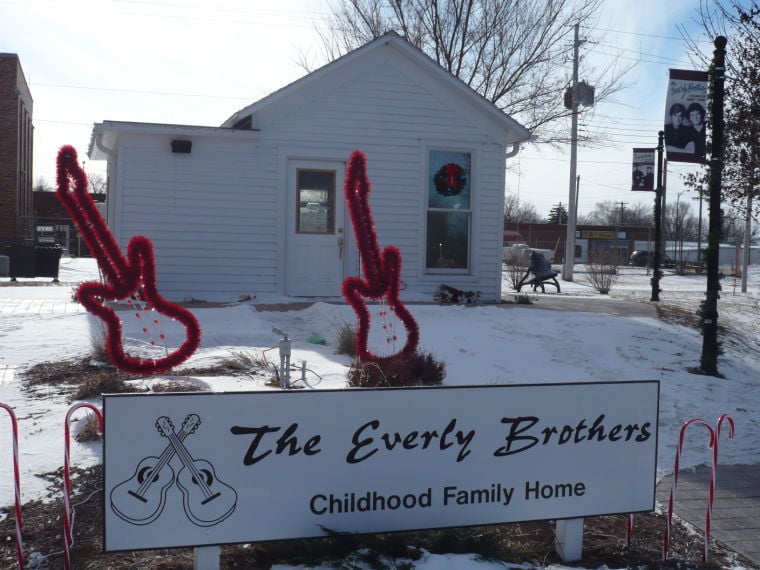 This small structure is where Phil & Don lived with parents Ike and Margaret Everly in the late forties and early fifties in Shenandoah, Iowa.  It was moved from its original site to its present location on West Sheridan Avenue 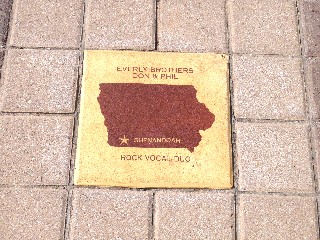 This small structure is where Phil & Don lived with parents Ike and Margaret Everly in the late forties and early fifties in Shenandoah, Iowa.  It was moved from its original site to its present location on West Sheridan Avenue

Nashville) -- From humble beginnings in Shenandoah, the Everly Brothers became two of the founding fathers of rock and roll.

On Thursday, Don Everly, the duo's surviving member, phoned KMA News to voice his support for Hillary Clinton's presidential campaign. We then took the opportunity to ask him a few questions about growing up in Shenandoah, and his years of live performances on KMA in the 1940's and 50's. Everly tells KMA News he remembers that historic Christmas morning in 1946, when he and brother Phil entertained listeners on Warren Nielsen's program (KMA, of course, plays that recording every Christmas). Everly says sharing the stage with KMA's other live performers of that area was a found childhood memory.

"There was about 30-or-40 musicians there, I believe," said Everly. "It was really a big staff of artists working. They were outstanding to be on stage with them. We used to go on the road, and do some show and dance. And, it was really fun for me as a child. I was riding in the small backseat of a car, sleeping after a gig. It was really fun for me."

Everly, who turns 79 on Monday, says the live radio and stage experience paid dividends when the brothers went to Nashville, and began churning out hit records in the late 1950's and early '60's.

"When we got our record deal here in Nashville," he said, "we had the experience of being on radio before, and our stage experience. And that all came into play when they played our records. And they (the records) were number one around the world. It was really a surprise to us. It was wonderful, really wonderful."

Inducted into the Rock and Roll Hall of Fame in 1986, the Everly Brothers are credited with influencing other performers that followed, from the Motown acts to the Beatles and other British Invasion groups. It's that legacy that Don Everly is most proud of.

"That is one of the fondest memories that I have, is that music," said Everly. "If someone comes up and says they were influenced musically by us, and that they appreciate that influence, that makes me feel really good to think that I had influenced people. I don't take it for granted."

Don also admits he's still coping with the loss of Phil Everly, who died two years ago this month.

"I think about him every day, you know," said Don. "I wake up, and his thought comes to me. I have a bit of his ashes here at my house. And I go by, and pick the ashes up, and I sort of say good morning to him. That's a funny way to do it, but that's what I do."

Don also told KMA News he was surprised to learn that his family's small former home in Shenandoah in now located on West Sheridan Avenue, next to the Greater Shenandoah Historical Museum. The house, itself, now serves as an Everly Brothers museum--a lasting tribute from one of the duo's hometowns. The Everlys also own the distinction of having a star on Shenandoah's Iowa Walk of Fame and the Hollywood Walk of Fame.