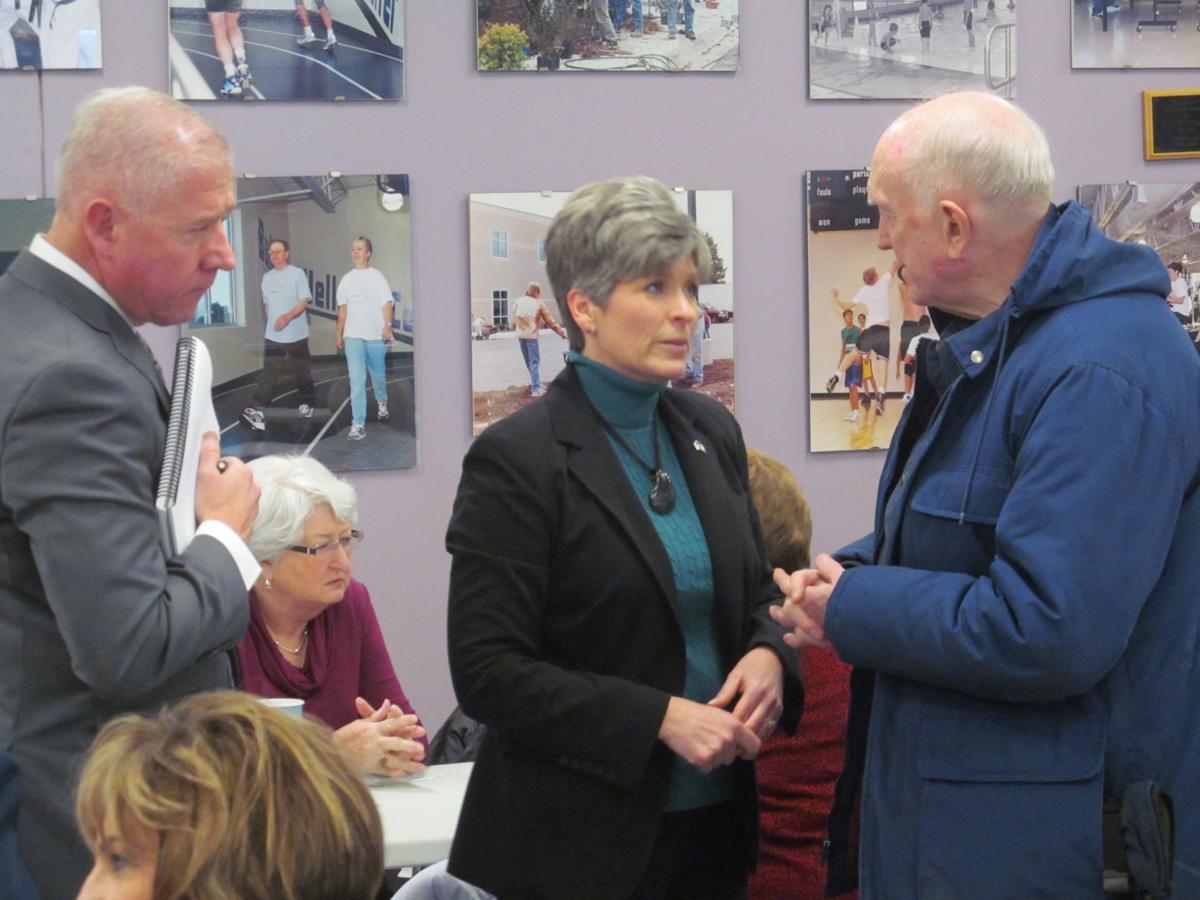 Iowa Senator Joni Ernst talks to an attendee at the "Coffee with Joni" event at the Montgomery County Family YMCA in Red Oak Sunday afternoon. 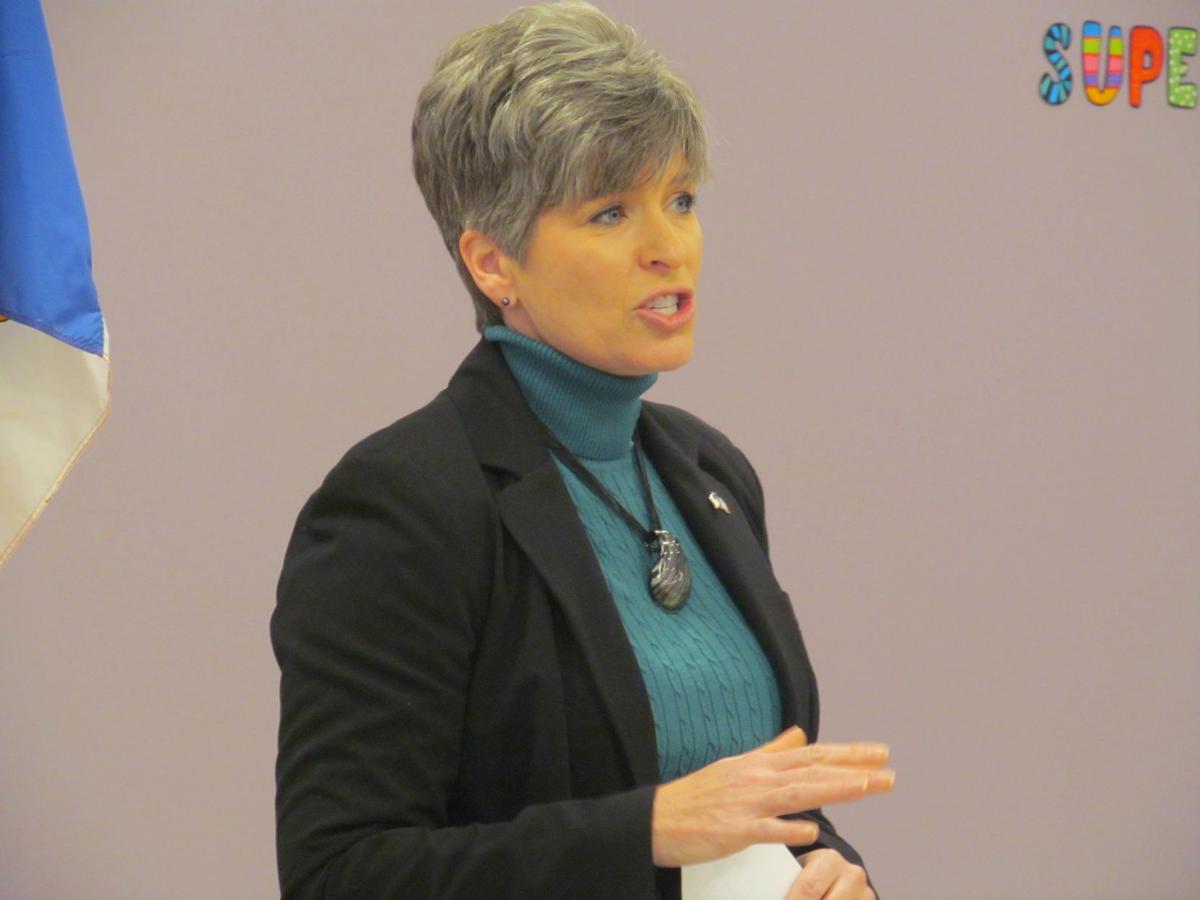 Iowa Senator Joni Ernst addresses the crowd at an appearance at the Montgomery County Family YMCA in January, 2018. 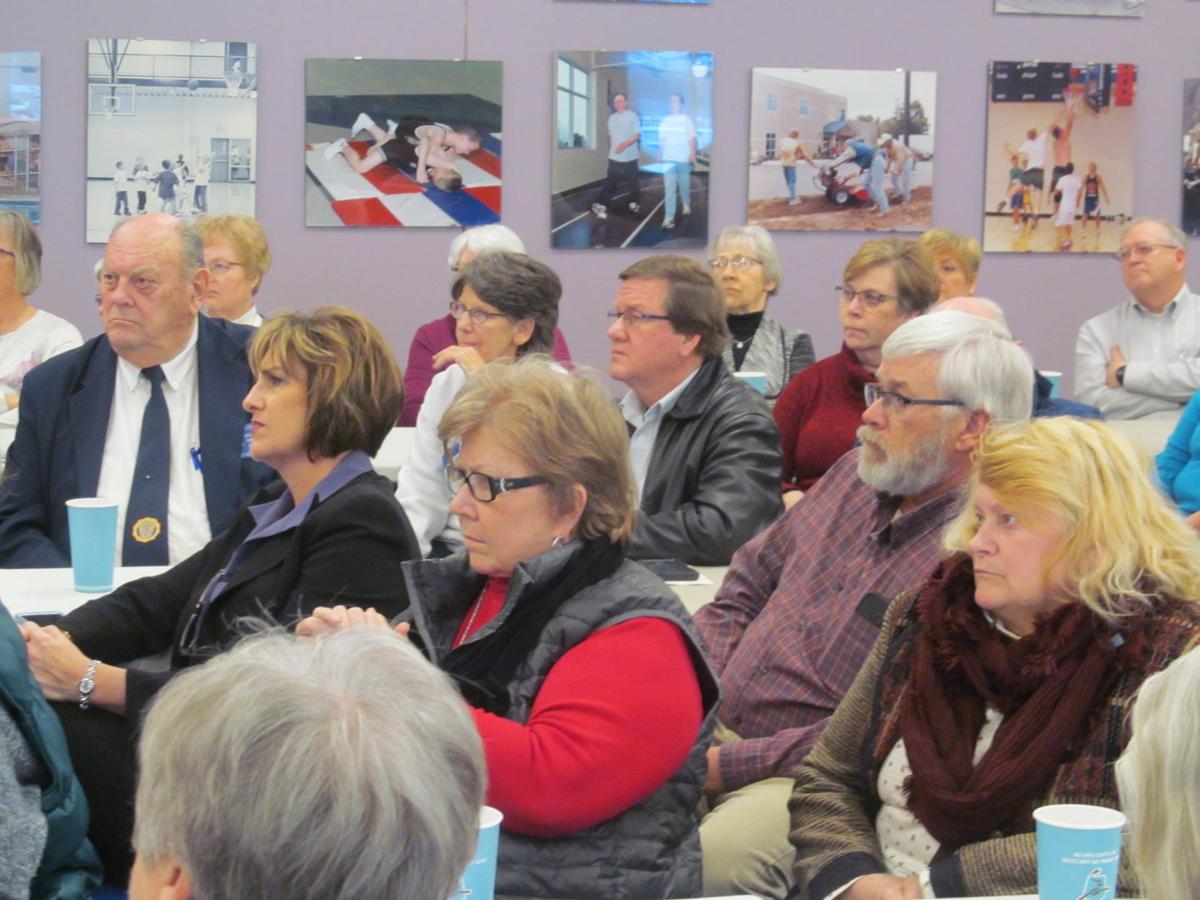 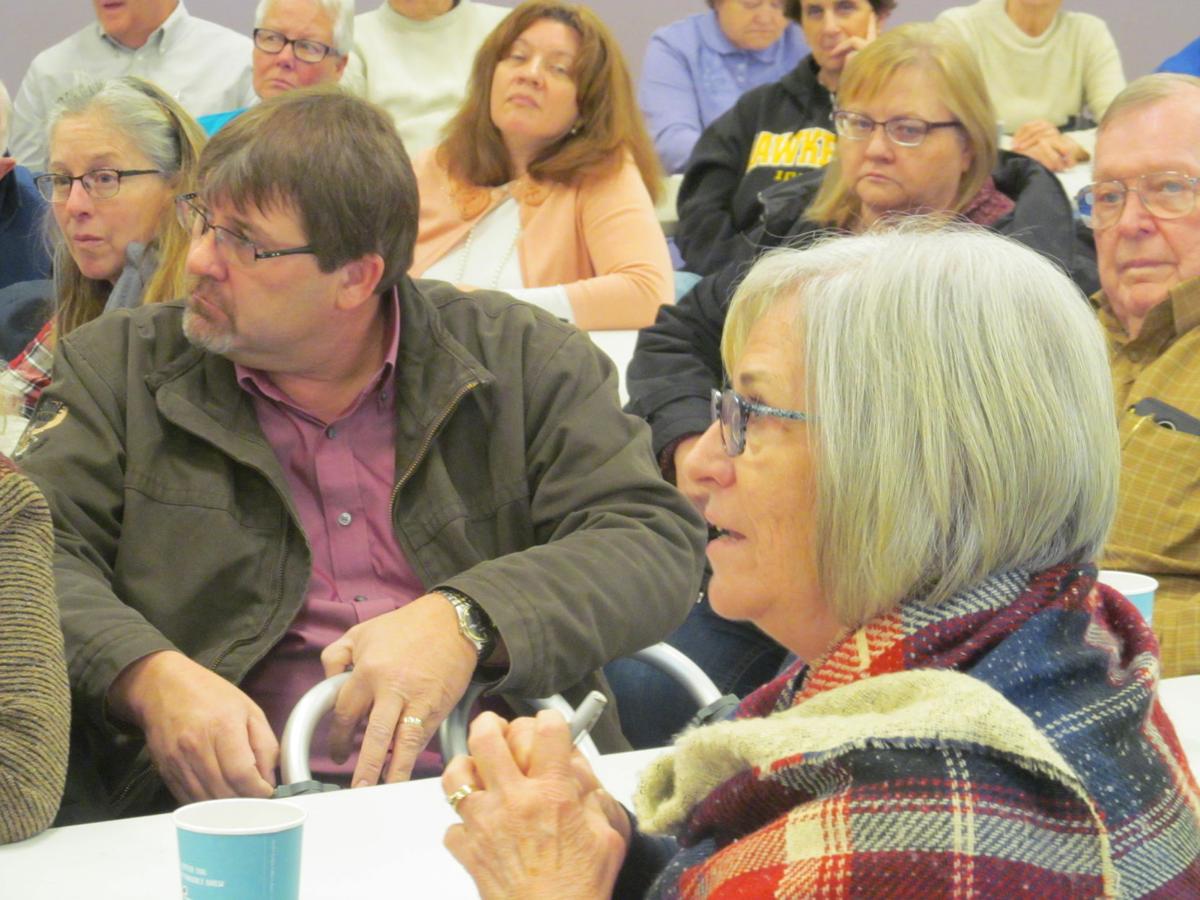 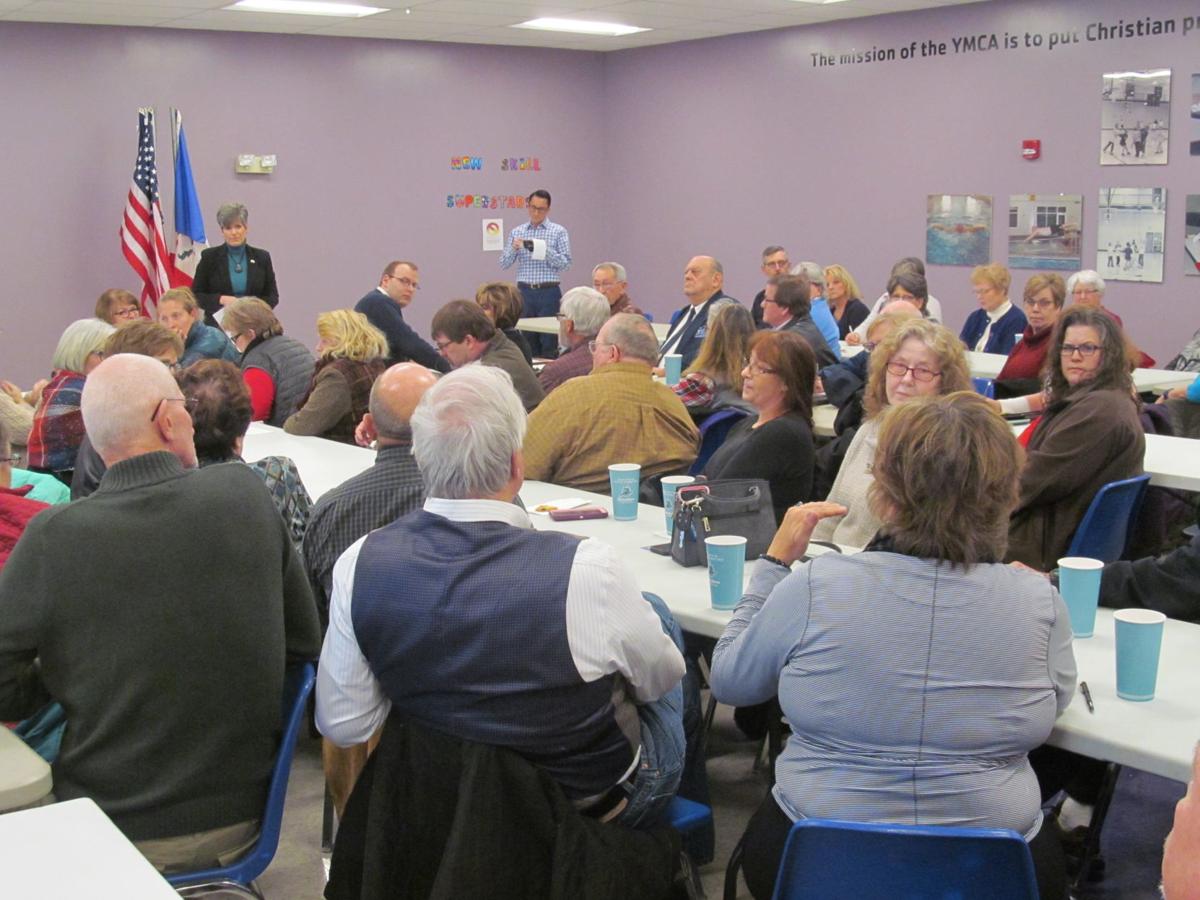 Iowa Senator Joni Ernst talks to an attendee at the "Coffee with Joni" event at the Montgomery County Family YMCA in Red Oak Sunday afternoon.

Iowa Senator Joni Ernst addresses the crowd at an appearance at the Montgomery County Family YMCA in January, 2018.

Ernst returned to her home county to start another 99-county tour across the state. Appearing at a "Coffee with Joni" event at the Montgomery County Family YMCA, the senator addressed a wide range of issues--including the recent tax reform package passed in Congress and signed by President Trump. At the outset, the Red Oak Republican read a list of corporations benefiting from tax cuts, and providing bonuses to employees.

At least one person in attendance asked whether companies receiving tax breaks will be evaluated for how they treat their employees. Ernst says either congressional research services or outside organizations will track companies for compliance in the next several years.

"We're going to have to evaluate that as we move forward," said Ernst. "I don't know that today, but I tell you, just having those bonuses going out to employees, that's a thousand dollars going into their pockets that they didn't have yesterday. So, we're thankful for that."

Ernst also addressed questions regarding President Trump's recent profanity-laced comments about countries such as Haiti, El Salvador and African nations. Barb Nelson asked the senator whether there's anything she can to do to stop the president's antics.

"I see you as a commander of kinds of people," Nelson told Ernst. "You have commanded women, men, people of all kind of religion, of races. This talk coming from the White House is extremely harmful to your work in the Senate, and on that committee (the Senate Armed Services Committee)."

While saying there's nothing she can do to stop Trump's rhetoric, Ernst added many leaders around the world support the president, because he's--quote--"being a good neighbor." Regardless of what happens in the White House, she says she and her Senate colleagues must travel around the world, and demonstrate leadership to leaders of other countries.

"When I am there," she said, "they appreciate it when senators are coming out, and visiting--because senators provide that level leadership, that continuity. We're out there talking to those ambassadors, those folks in the State Department. We're talking with those military leaders from those foreign nations. We are the ones that they are looking to. We are the ones that are making those decisions on the Armed Services Committee."

"I've always said I'd wish he (Trump) would put his phone down," said Ernst. "But, I do think he needs to focus on the policy, and those discussions, and do it in a respectful manner."

Ernst tackled other issues Sunday afternoon--including the wars in Afghanistan and Iraq, the current tensions with North Korea, efforts to curb sexual harassment in the military, and immigration reform.