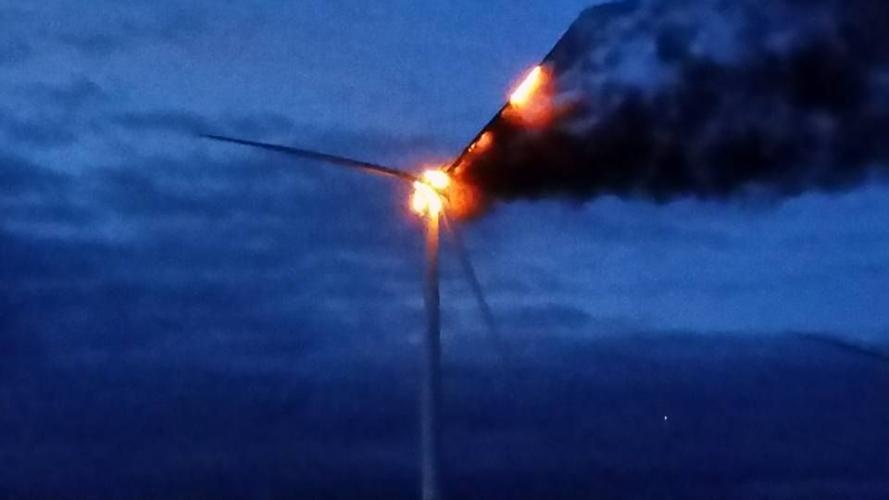 Smoke and flames pour from a wind turbine near Westboro Thursday evening. 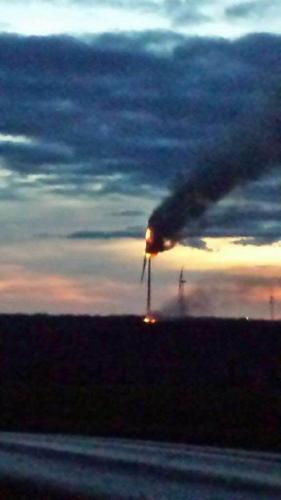 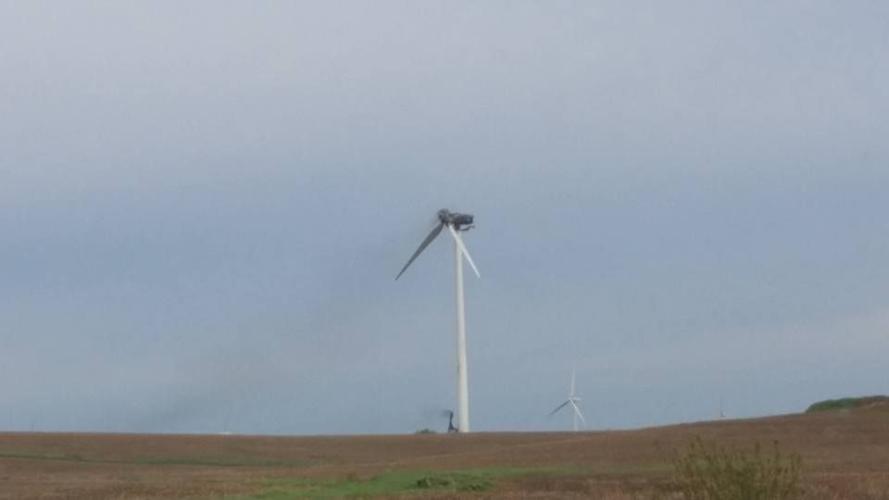 The remains of a wind turbine near Westboro following a fire the night before.

Smoke and flames pour from a wind turbine near Westboro Thursday evening.

The remains of a wind turbine near Westboro following a fire the night before.

"One of the blades ended breaking and falling off after we left," he added. "It was a pretty good scene there for a while."

Manchester, who is also a member of Westboro's department, says firefighters were at the scene for roughly an hour before leaving.

"Fortunately, due to the rain we had lately," he said, "and there was no wind last night, we didn't have to worry about the debris that was falling down catching anything else on fire, and spreading out. We just monitored it for a while--Iberdrola had their officials on the scene, and they advised us for a while that we could return. They were going to monitor it, and start taking care of things on their end."

Though the cause of the fire is unknown, he says it's believed it started below the structure, then worked its way through cables to the top. No injuries were reported. A dollar amount of the loss is unknown.