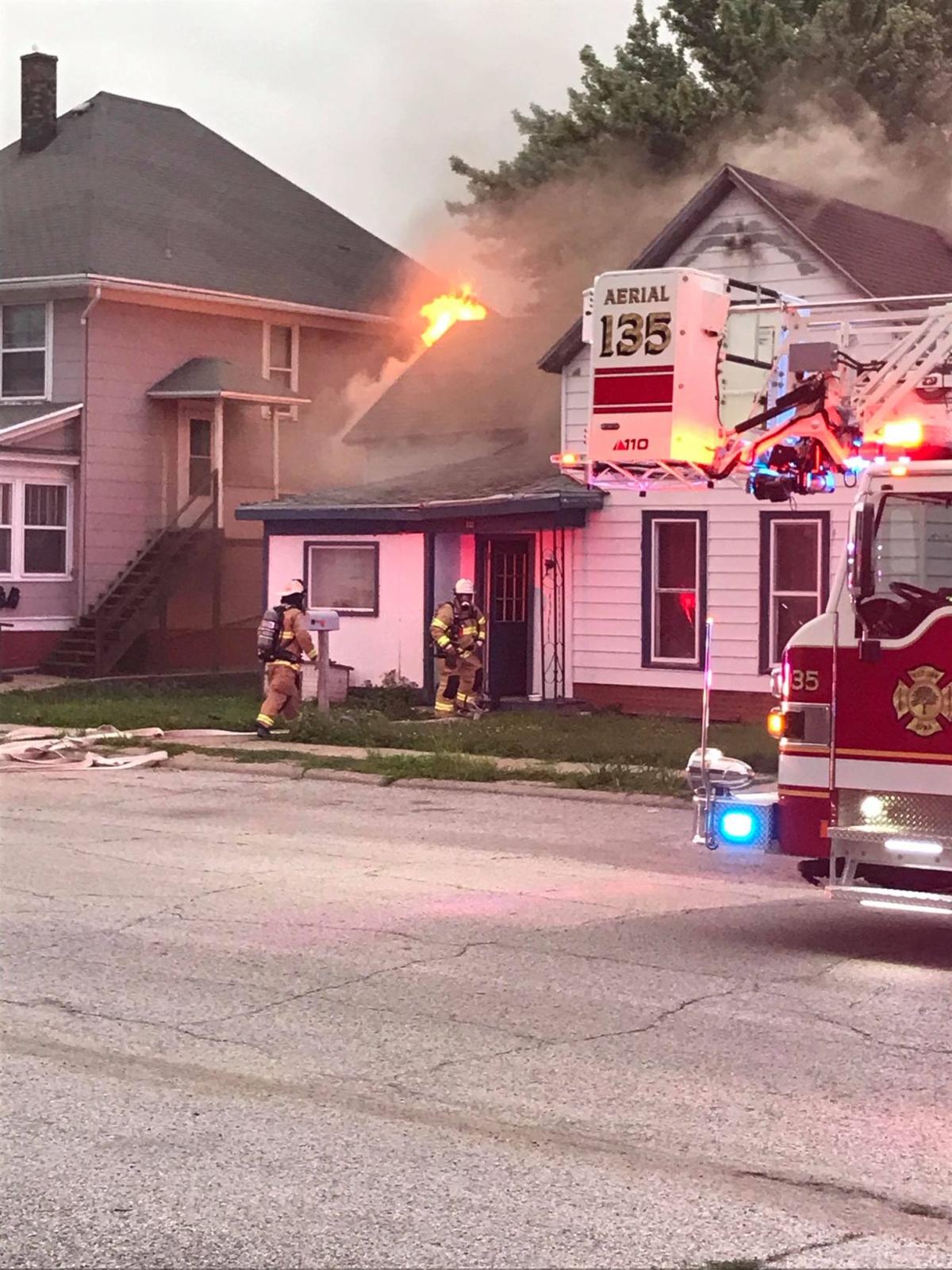 Flames are observed shooting from the second floor of a residence at 103 West Hammond Street in Red Oak late Sunday evening. 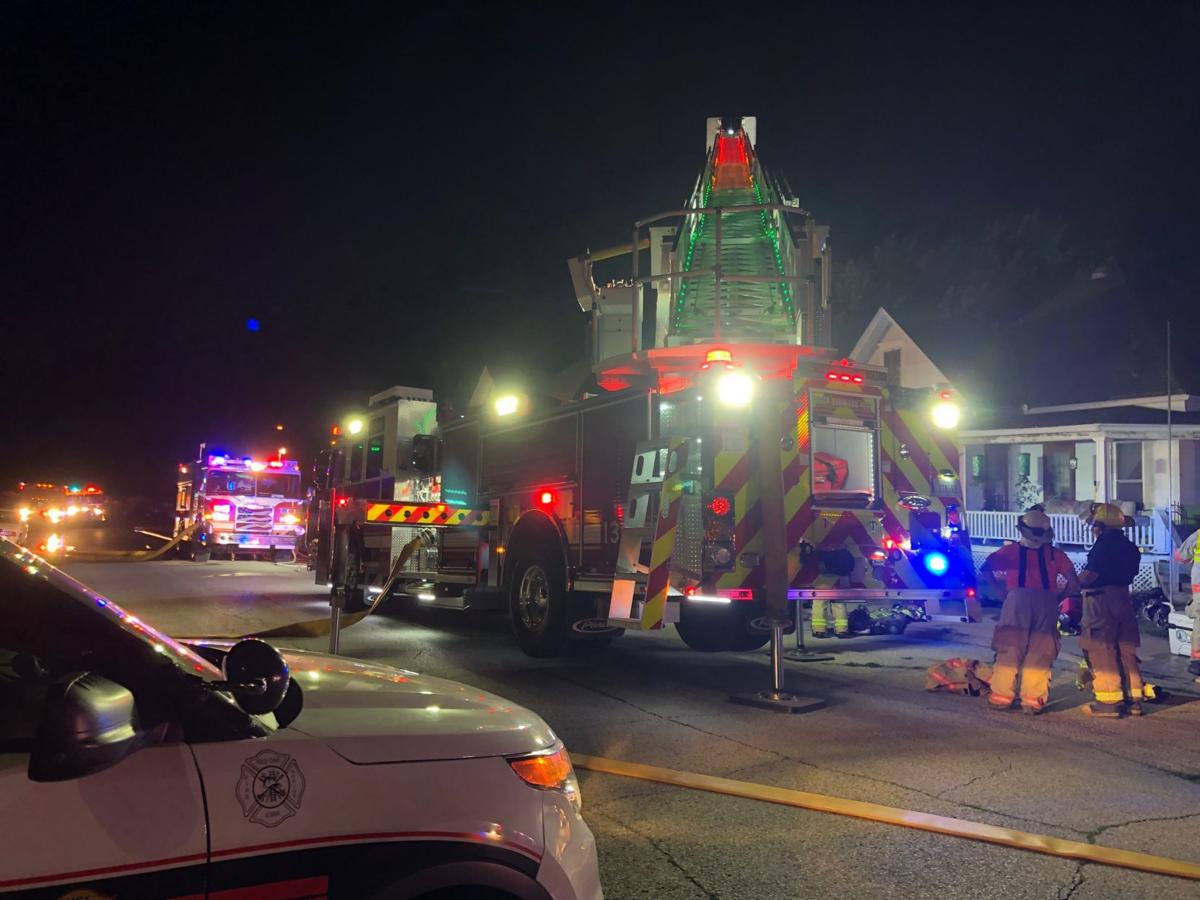 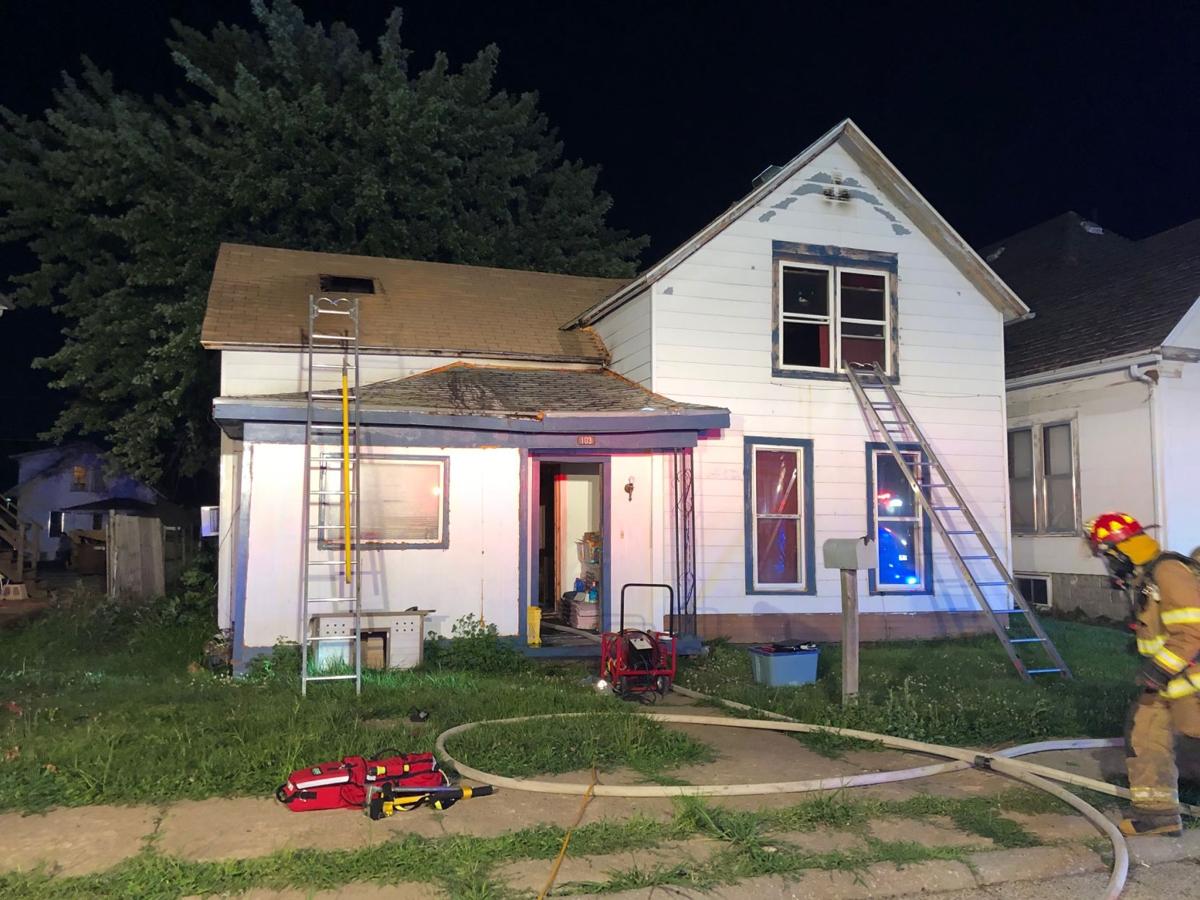 Flames are observed shooting from the second floor of a residence at 103 West Hammond Street in Red Oak late Sunday evening.

"Our fire department did an interior attack, where they go inside, and began suppression operations," said Bruce. "Once they got the roof vented, they were able to advance up to the second floor, and contain the fire to a second floor bedroom, and closet area. There's extensive smoke, and water, and fire damage on the second floor, and a lot of smoke and water damage to the first floor. Unfortunately, it looks like this will be a total loss on this residence."

"We did have to evacuate the properties to the west and to the east," he said. "We have an apartment building west of this house, and a residence east of the house, and they all sit pretty close to each other. We were able to get those evacuated. We did have one resident and four children in the house. They were able to evacuate with their pets, with no injuries."

"The second floor smoke detector had activated," said Bruce, "and the adult inside went to start up the staircase, and only made it two or three steps, and smelled the smoke, and began to observe the smoke. She did the right thing, and the grabbed the kids, and they all evacuated the house."

The chief thanks neighbors and other residents for their cooperation during the fire.

"I realize it's an inconvenience at a moment's notice from your property," he said. "All those folks did what we asked very quickly, because when you have a working fire, you just don't know what can occur. Those two properties--the one west and the one east--sit very close to that house. Then, we also had another neighbor that had come out with water, and was assisting the firefighters, making sure they were staying hydrated in the staging area. We kind of procured their front yard, if you will, for their staging area."