The Mills County Sheriff's Office says the accident occurred near the intersection of U.S. Highway 34 and 188th Street shortly before 10:20 a.m. Authorities say a 2001 Honda driven by 42-year-old Mary Furst of Omaha was westbound on 34 when it rear ended a 2016 Kia driven by 59-year-old Alan Achenbach of Tabor. The sheriff's office says Furst failed to see Achenbach's vehicle stopped at a red light at that location. 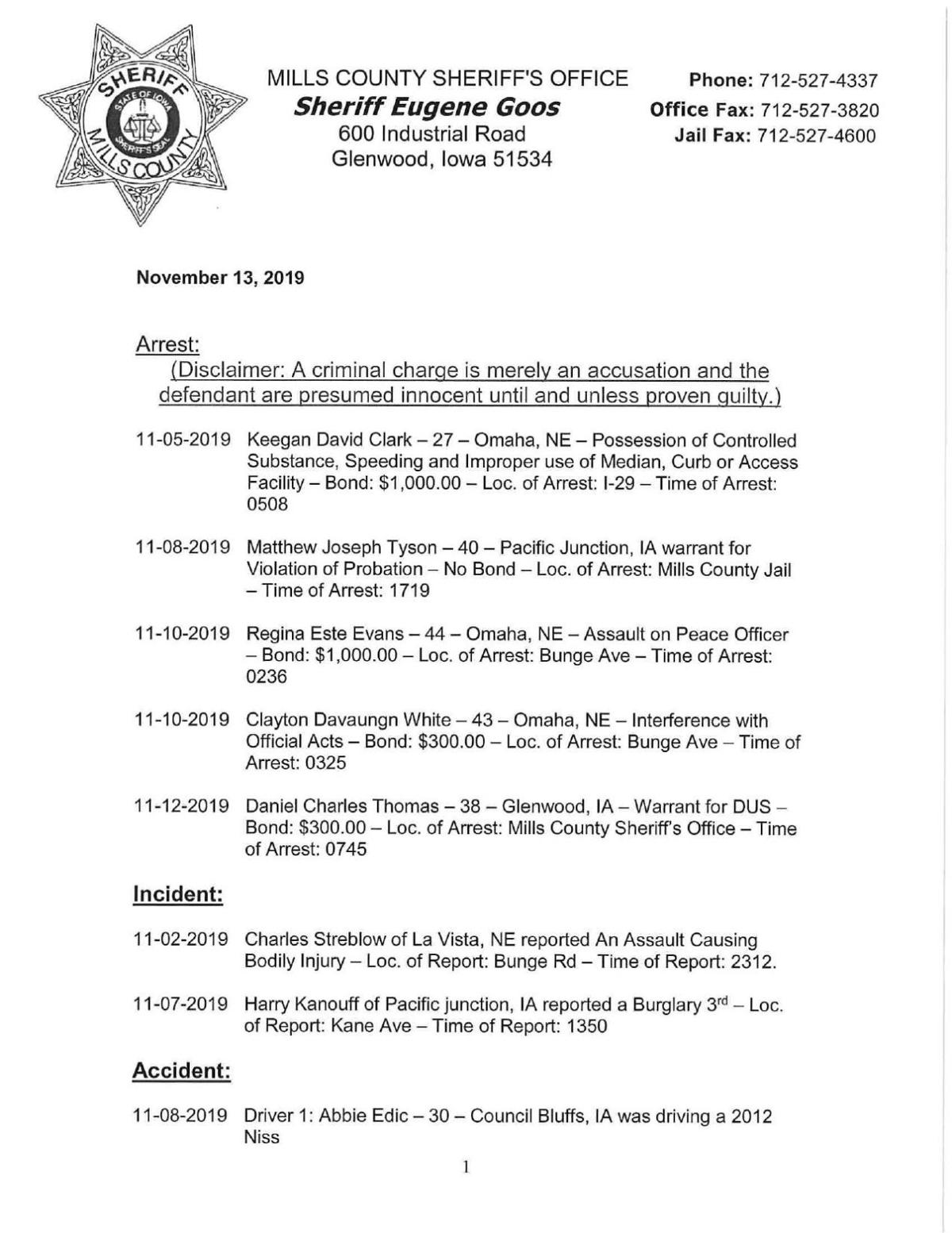 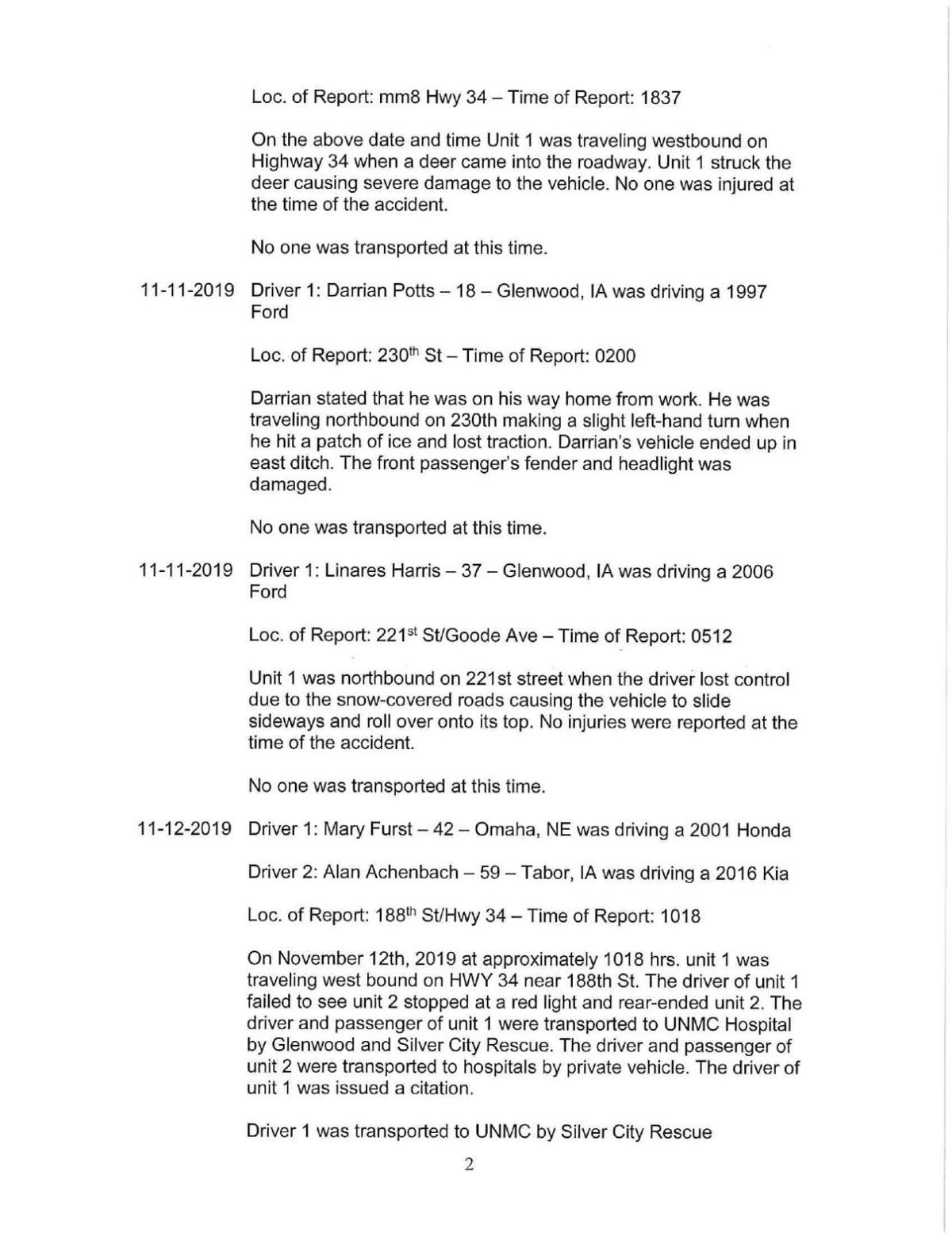 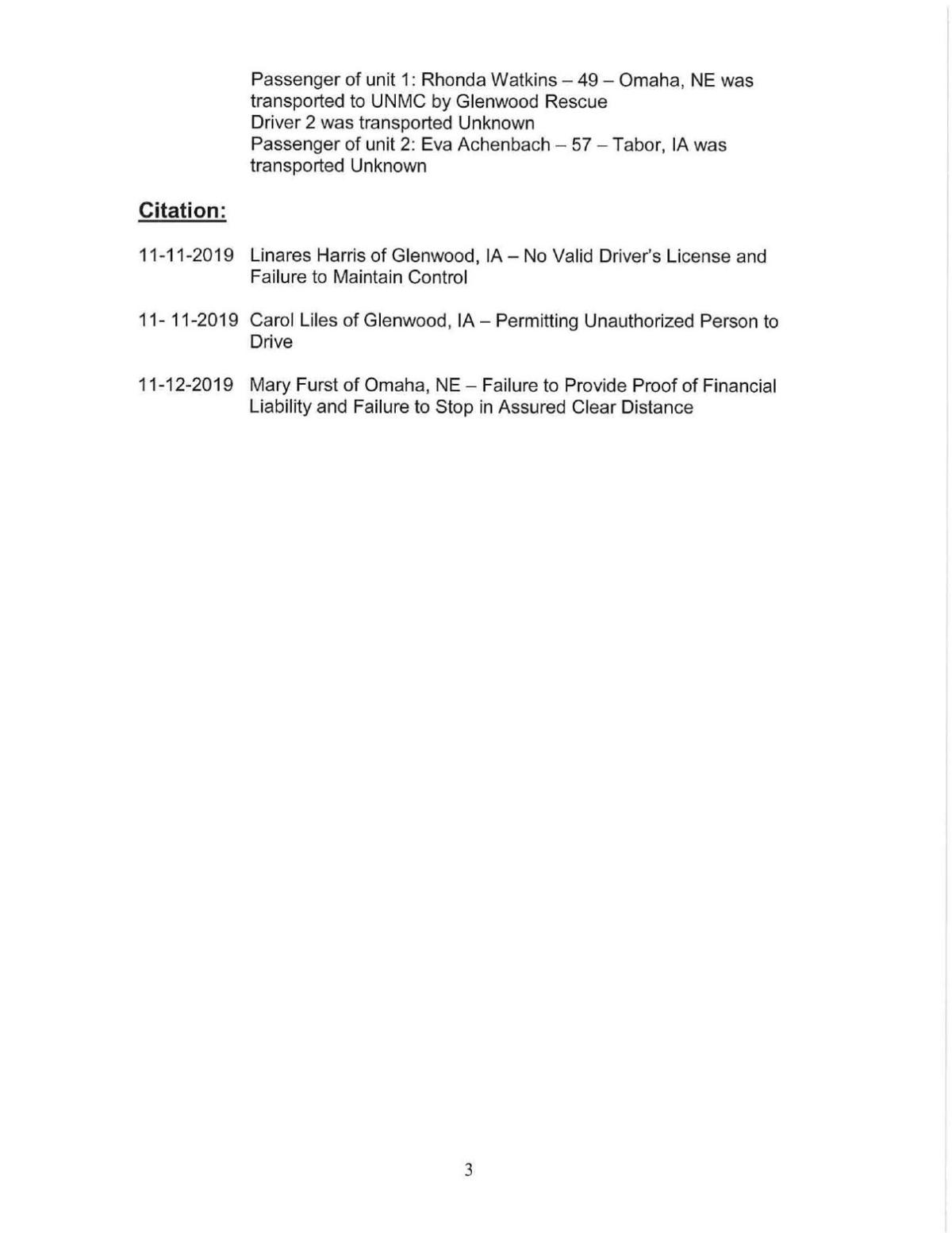