(Jefferson City, MO) -- The Missouri House has passed legislation that would help raise awareness of human trafficking in the state.

HB-1246 passed the House Wednesday by a 139-5 vote. First District Representative Allen Andrews of Grant City is one of the bill's co-sponsors. Andrews tells KMA News the bill requires the Missouri Department of Public Safety to develop posters with information about the National Human Trafficking Hotline.

"This poster would then be displayed at common areas where human trafficking is likely to occur, such as hotels or motels that have been previously cited for prostitution, train stations, truck stops, bus stations or other areas where victims might be," said Andrews.

According to the NHTH website, there were over 4,400 cases of human trafficking reported in 2017; 74 of those were from Missouri.

"A lot of folks don't realize it, but Missouri currently ranks 20th in the nation in reported human trafficking cases," said Andrews. "We saw over 200 cases reported in the last two years. With Missouri being at the crossroads of the nation, it has become a big part of this global problem. Human trafficking has grown into a multi-billion dollar industry. We need to do everything we can to stop it."

The legislation now heads to the Senate for further consideration.  The full text of the bill is available below. 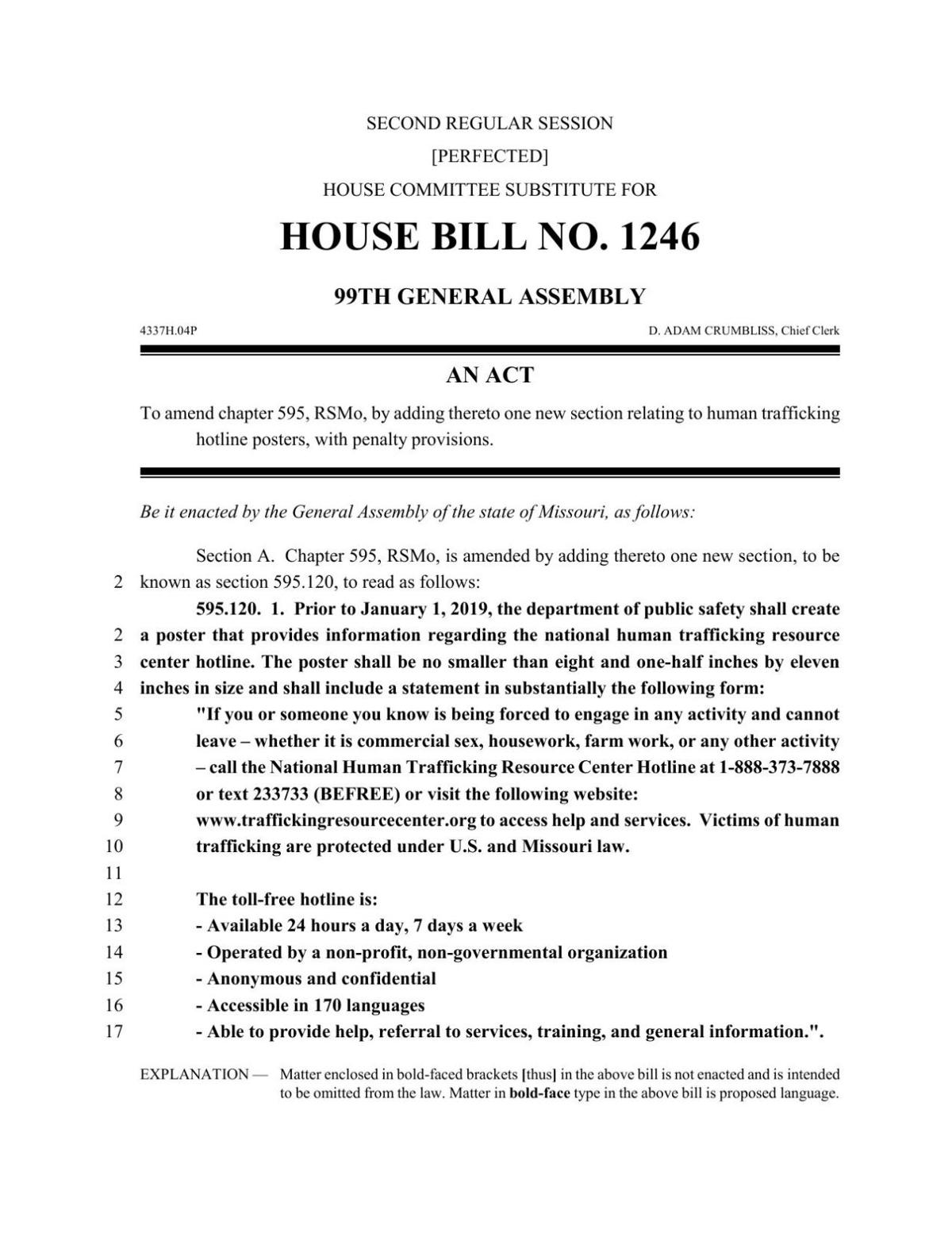