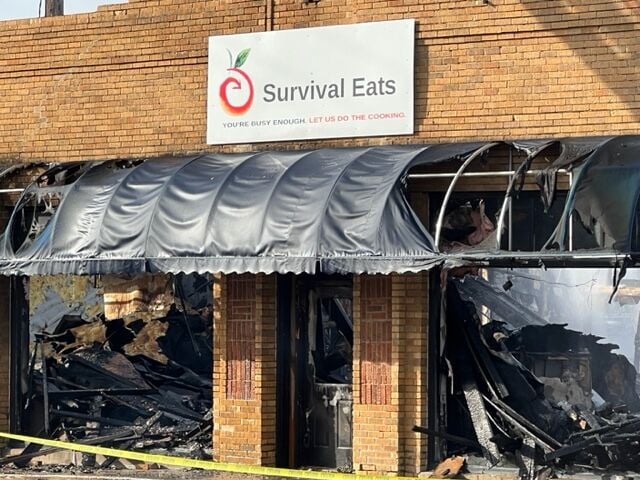 Daylight exposed the charred remains of the interior of a commercial building at 204 South Maple currently occupied by Survival Eats. 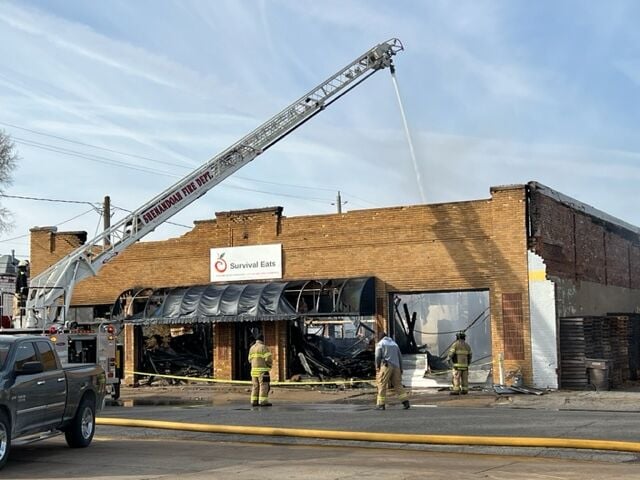 Daylight exposed the charred remains of the interior of a commercial building at 204 South Maple currently occupied by Survival Eats.

"We had heavy smoke coming from the eaves and the roof of the building," said Marshall. "We mounted a brief offensive attack. The fire started coming through the roof--the roof was compromised. We immediately went into a defensive mode."

Firefighters from Coin, Essex, Clarinda and Red Oak responded under mutual aid. Marshall says that assistance stopped the flames from spreading into adjoining buildings in the same block.

"We had a heavy fuel load inside," he said. "Part of it was a fabrication shop. We basically had the building surrounded. We did keep the fire into one building. The fire walls did hold. Had we not had the resources in place as fast as we did, and to have the aerial and the water supply we did, and to have an aggressive attack on this, we could have potentially lost the entire block of Thomas. We did keep it to one building."

Shenandoah Police, Shenandoah EMS and MidAmerican Energy also assisted at the scene. While most mutual aid responders left the scene at around 1:30 a.m., Shenandoah firefighters worked in shifts through the night, and remained at the fire through late Wednesday morning to extinguish hot spots. Overall, the chief lauded the team effort in containing the fire.

"Everybody kept their heads on straight," said Marshall, "worked together. It was a very calm, well executed fire. I'm just very pleased with the cooperation. The ability to get this contained the way we did was phenomenal.

"I told a lot of the guys this last (Tuesday) night--if you would have told me when we initially sized this fire up that we would have had this thing contained by 1 a.m., I would have never believed it."

Marshall says the building is a total loss. Though the cause of the fire is undetermined, Marshall believes it was accidental. An investigator from the State Marshall's Office was expected at the scene later Wednesday to help pinpoint the fire's origin, and determine a dollar amount for the damage.