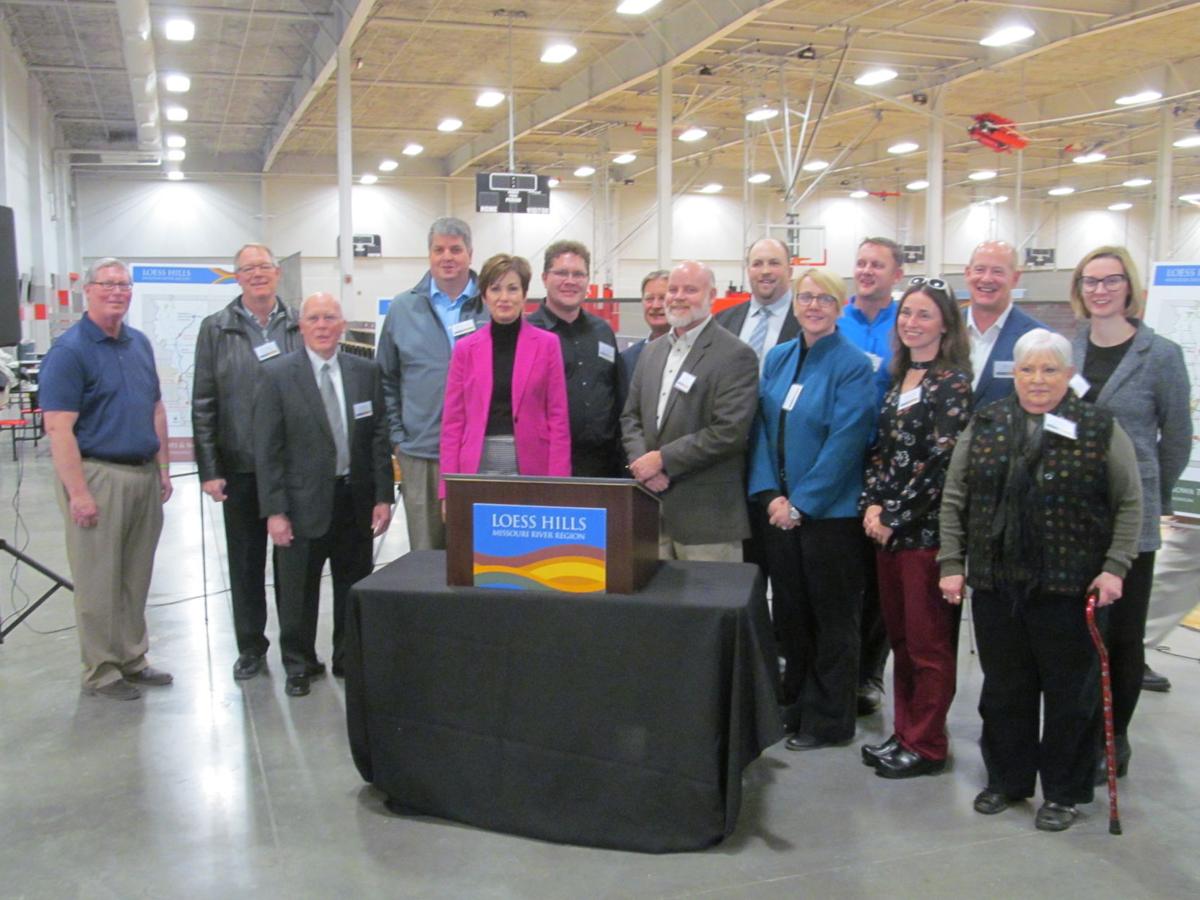 Iowa Governor Kim Reynolds (center) poses with members of the Loess Hills Missouri River Region's Board of Directors at the announcement of Iowa's second Parks to People Region at the Iowa Lakes Field House in Council Bluffs. 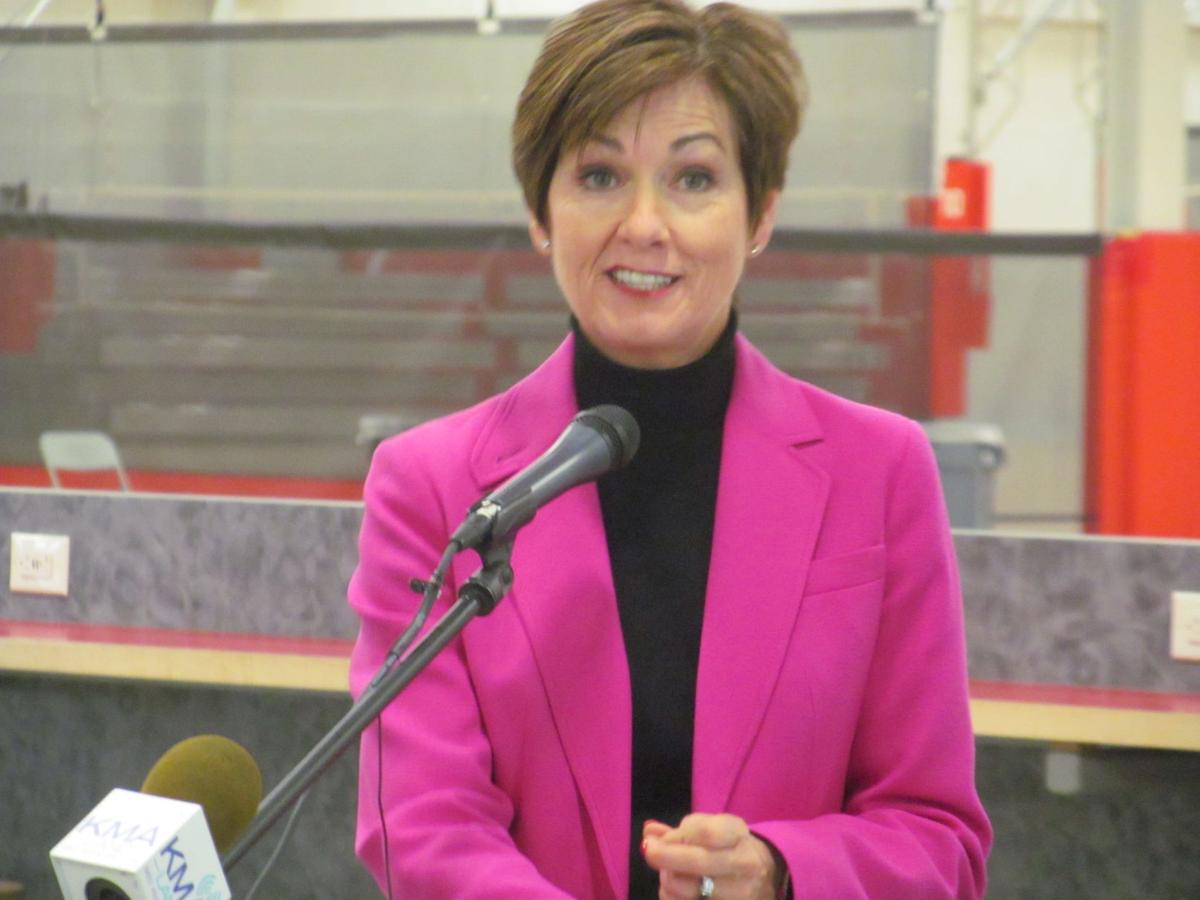 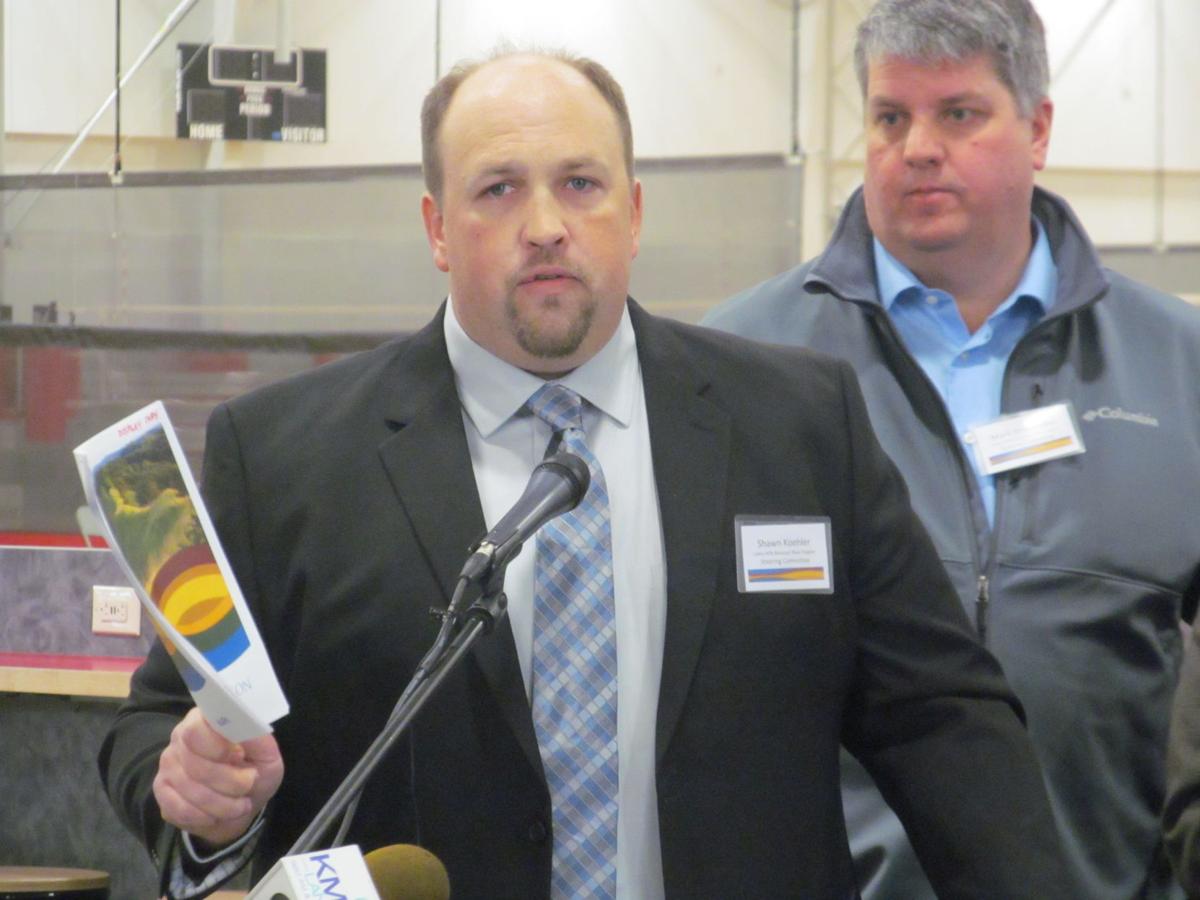 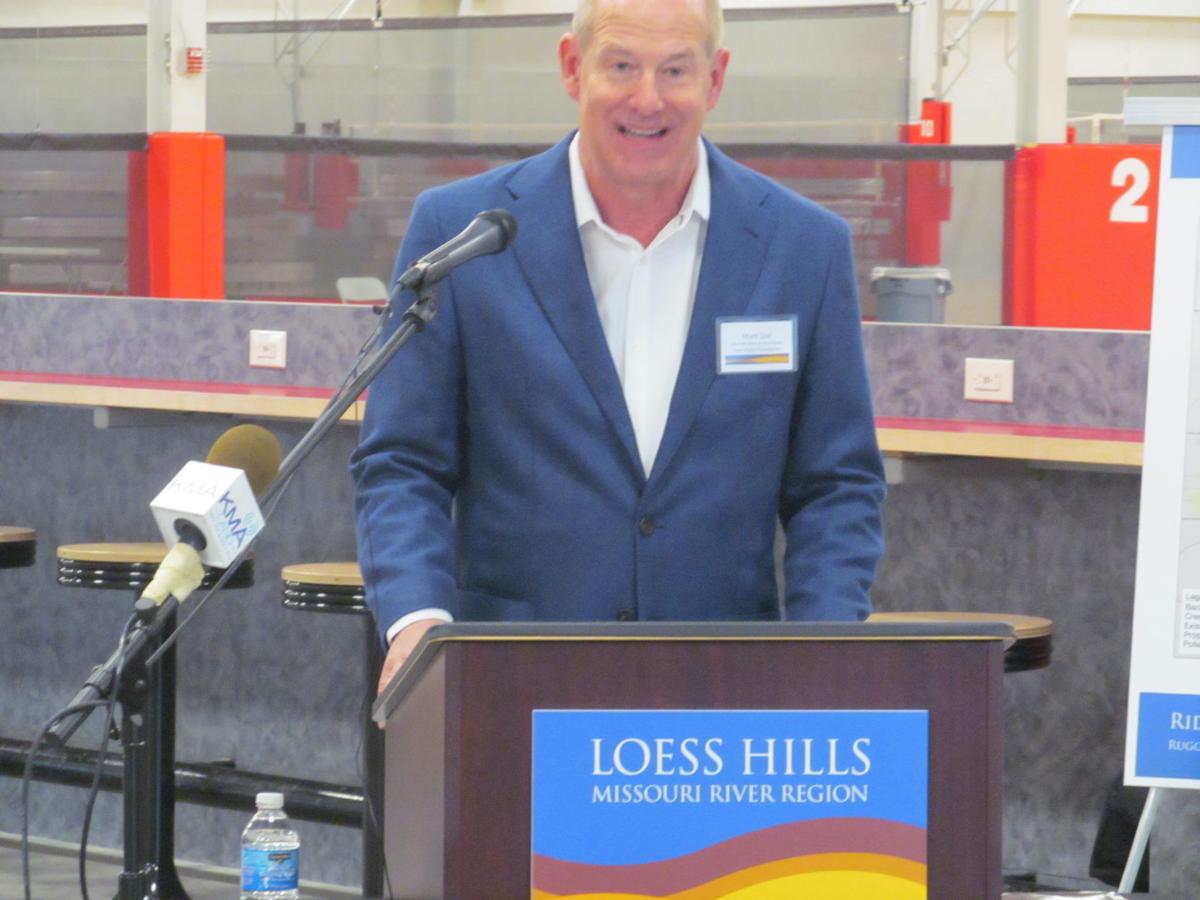 Iowa Governor Kim Reynolds (center) poses with members of the Loess Hills Missouri River Region's Board of Directors at the announcement of Iowa's second Parks to People Region at the Iowa Lakes Field House in Council Bluffs.

(Council Bluffs) -- Portions of western Iowa are included in the state of Iowa's second regional approach to boosting recreational opportunities and natural resources.

"It's exciting to see the vision created by local stakeholders and community leaders beginning to take shape today," said Reynolds, "to draw attention to the many existing and forthcoming attractions in the three-county area. Cultivating public-private partnerships through the Parks the People program will help highlight destinations throughout Harrison, Mills and Pottawattamie counties."

Launched in 2014 by the parks foundation, the Parks to People effort is designed to bring together urban and rural communities to create a regional recreation plan, supported by a combination of public and private resources. Reynolds says recreational opportunities are a key asset to maintaining the state's quality of life.

"When I travel to all 99 counties, the lieutenant governor (Adam Gregg) and I," she said, "when we visit with business and industry, they share with us that having a strong quality of life is a key consideration for retaining and attracting employees. It's also a decision point when companies think about coming here and expanding.

"And, it's not just businesses that value our parks and recreational opportunities," the governor added. "Many Iowans enjoy outdoor activities, including camping, picnicking and hiking, while being surrounded by the many gifts that nature has to offer."

The governor says the numerous projects in the Loess Hills-Missouri River region will help entice visitors, both urban and rural, to explore neighboring small communities. She says the People to Parks plan will bring leaders from all three counties together to regionalize and prioritize projects.

"The plan includes an outline portal to tie projects together, and allow nature seekers to easily identify great places to bike, or camp, for example," said Reynolds. "Eventually, one of the underlying goals of the development of the trial system is to connect the various counties, state parks and nature centers."

Mark Doll, treasurer of the Iowa Parks Foundation, announced a $500,000 grant from the MidAmerican Energy Foundation to boost projects identified in the Loess Hills Missouri River Region Plan, and prioritized by the region's board. Doll,a Council Bluffs native, says the region has a lot to offer in terms of parks, trails and other recreational attractions.

The announcement of Iowa's second Parks to People initiative comes as Iowa continues to plan for the state parks system's centennial in 2020.