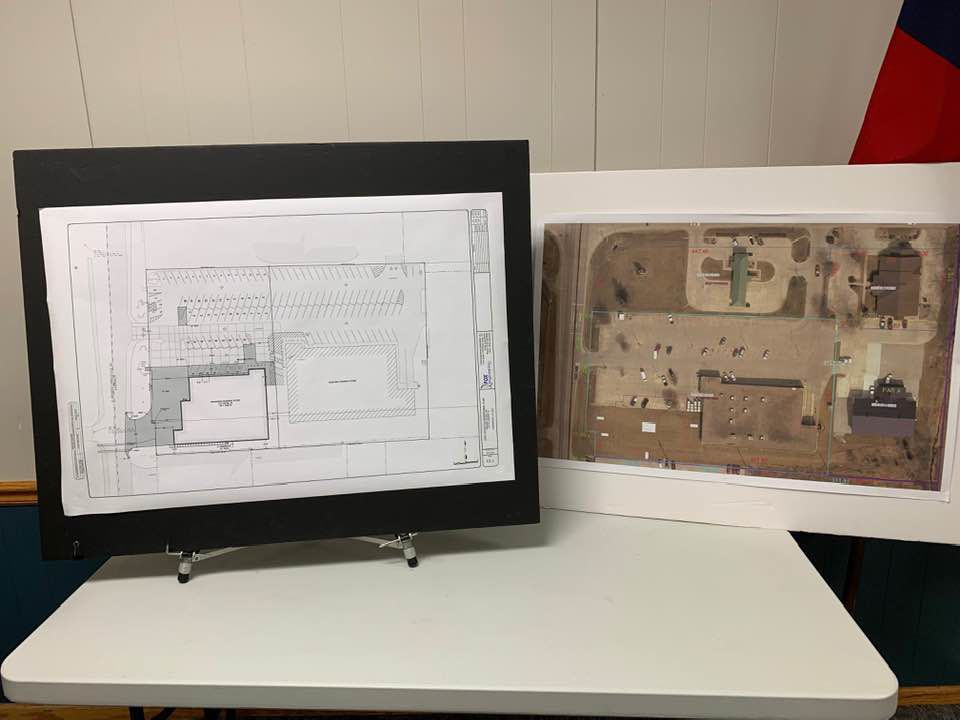 Plans for construction of a new Fareway store next to the existing facility at the corner of Highway 59 and West Nishna Road were unveiled at Tuesday night's Shenandoah City Council meeting. 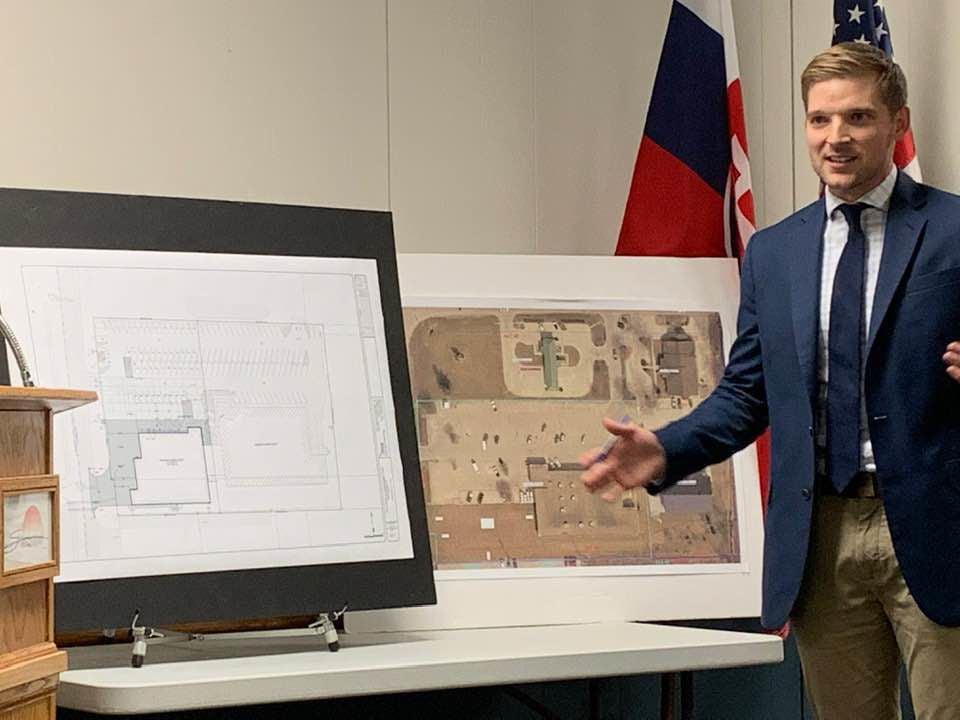 Plans for construction of a new Fareway store next to the existing facility at the corner of Highway 59 and West Nishna Road were unveiled at Tuesday night's Shenandoah City Council meeting.

(Shenandoah) – Shenandoah’s quarter-century-old Fareway store is being replaced—with a new store built next to it.

Plans for constructing a new Fareway store—and redeveloping the existing facility—were announced at Tuesday night’s Shenandoah City Council meeting. Kobe Pritchard is real estate manager for Fareway’s Boone corporate office. Pritchard outlined the steps leading to an estimated $3 million project, in which the company would construct a new-and-improved store on the west side of the current building.

“Obviously, we all know where the Fareway store sits today,” said Pritchard. “This store is 25 years old now. Fareway, internally across five states, we have 128 stores now operating. There comes a time when we have to start looking at some of these old stores, and figure out what are we going to do, how are we going to improve, how are we going to get our older stores to match kind of the model of Fareway?”

Pritchard says Shenandoah’s Fareway was on the list of stores targeted for improvement before a real estate development contacted the company.

“Fast forward to about six months to a year ago,” he said. “We were approached by a developer who wanted to redevelop our old store, and use it for retail office use, or find some other use that would be accommodating to Shenandoah. And, we decided, ‘okay, we don’t leave towns, we don’t do things like this often, but let’s just talk about it.”

Pritchard says Fareway officials wanted to build the new store next to its current location at the corner of Highway 59 and West Nishna Road.

“We’ve got a bunch of land right next to us that, quite frankly, could fit a building on it,” said Pritchard. “I hope people agree that there’s not another spot in town where we should be. We love the town, we love the market.’

“Fareway is not leaving town,” said Hunt. “If you hear that rumor, you’ll know to forget it. That’s the main thing we wanted—to point it out here, and the plans that you did have. But, Fareway is going to be here.”

Fareway will need help from the city in order to make the project a reality. By unanimous vote, the council approved a resolution retaining the services of Ahlers and Cooney Law Firm to prepare a tax incremental financing project for building the new store and renovating the existing one. Shenandoah City Administrator A.J. Lyman tells KMA News the project entails a $1.1 million dollar minimum assessment on the property, with a 15-year TIF rebate to be capped at $550,000. Lyman says it’s different from any TIF project undertaken in the city before.

“Considering it’s a tax rebate,” said Lyman, “and the existing property would still stay on the tax rolls relatively at the same rate, my assessment of it is that we’re not really losing anything, but we’ll eventually be gaining something. But, that’s what we’ll have Ahlers and Cooney look at it for us, and make sure it’s not going to be too financial impactful for the city in the meantime.”

Council members tabled formal action on the TIF proposal to allow the law firm to review the legal steps.

In other action Tuesday night, the council…

---set a public hearing for September 10th at 6 p.m. for proposed amendments to four chapters in the city’s water ordinances pertaining to service shut offs and reactivations.

---approved a three-month extension of a rehab contract for Greg Wallin at 508 Shugart. The extension is effective at the current expiration date, which is September 11th.

---approved the re-appointment of A.J. Lyman as city administrator until December 31st. Lyman will then be considered for a two-year appointment under normal ordinance procedures at the second council meeting in December.

---unanimously approved the motion to leave the current parking situation in the 800 block of South Avenue as is.