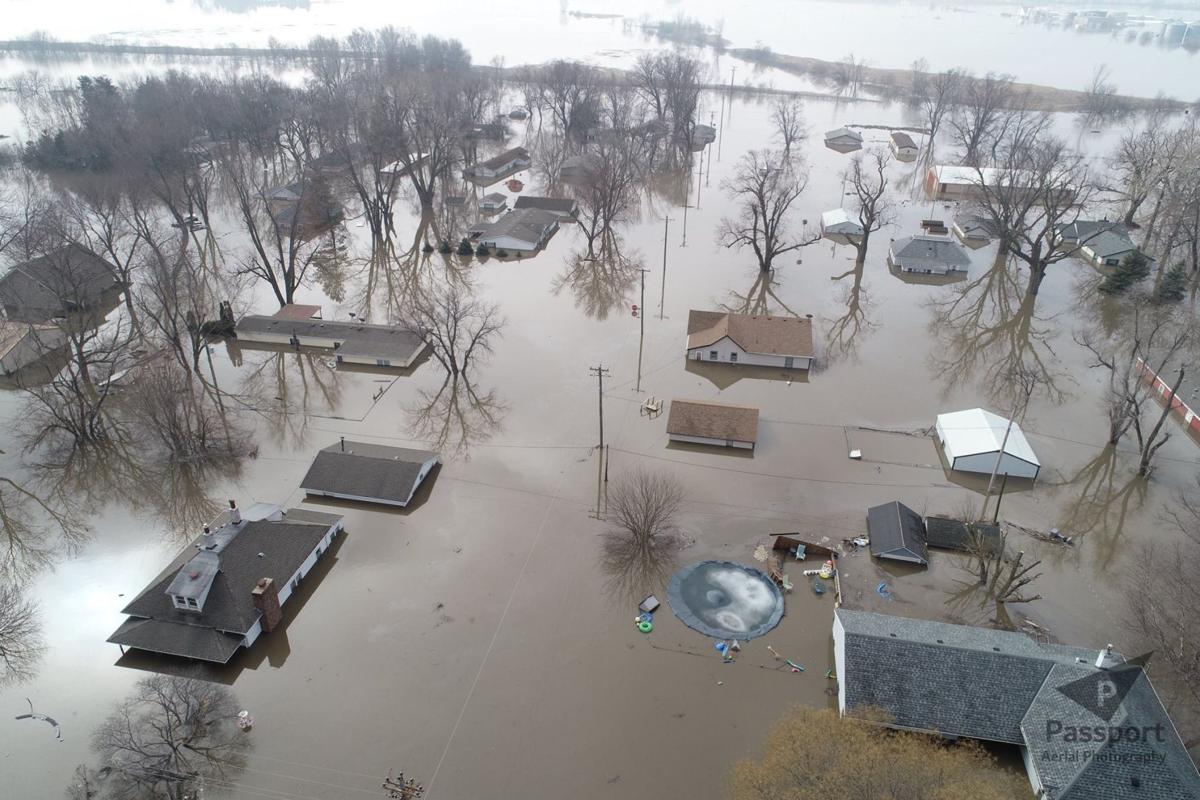 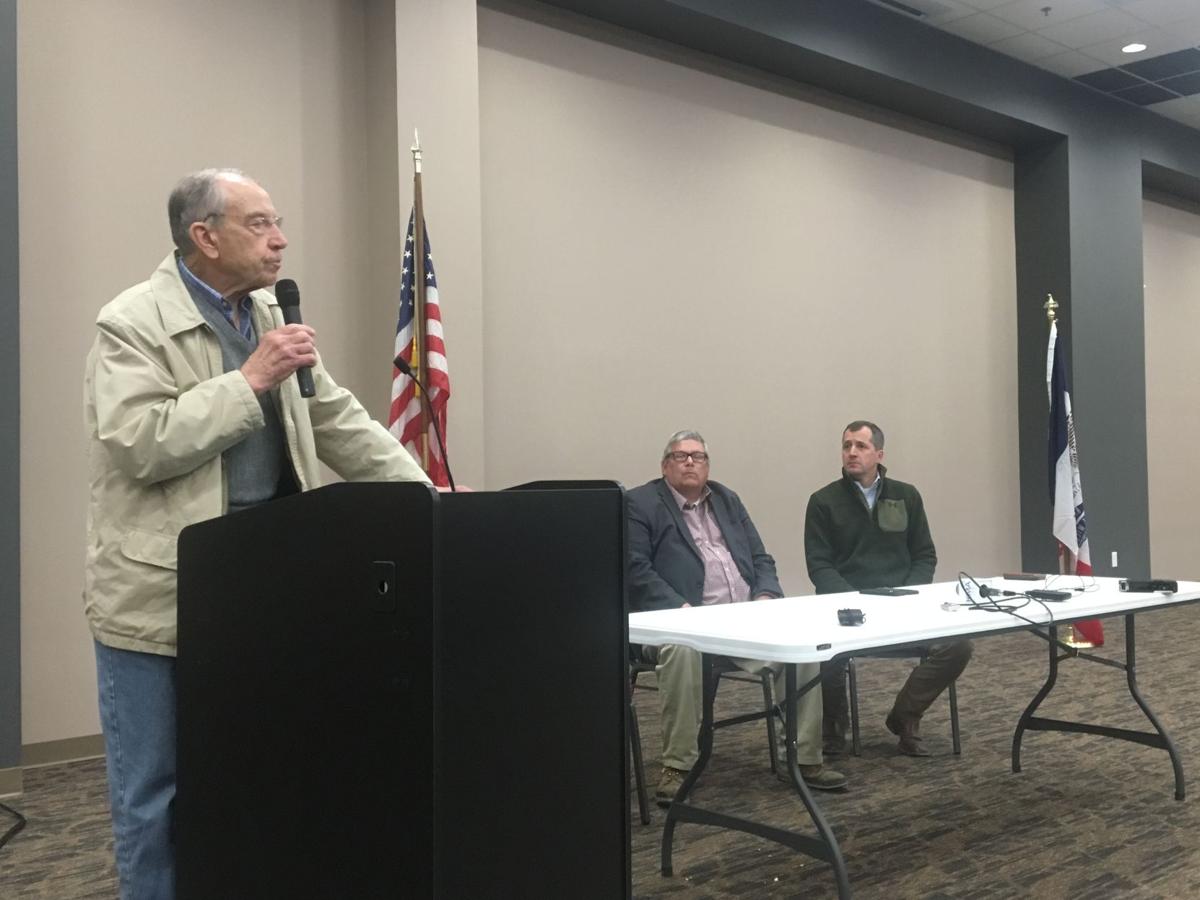 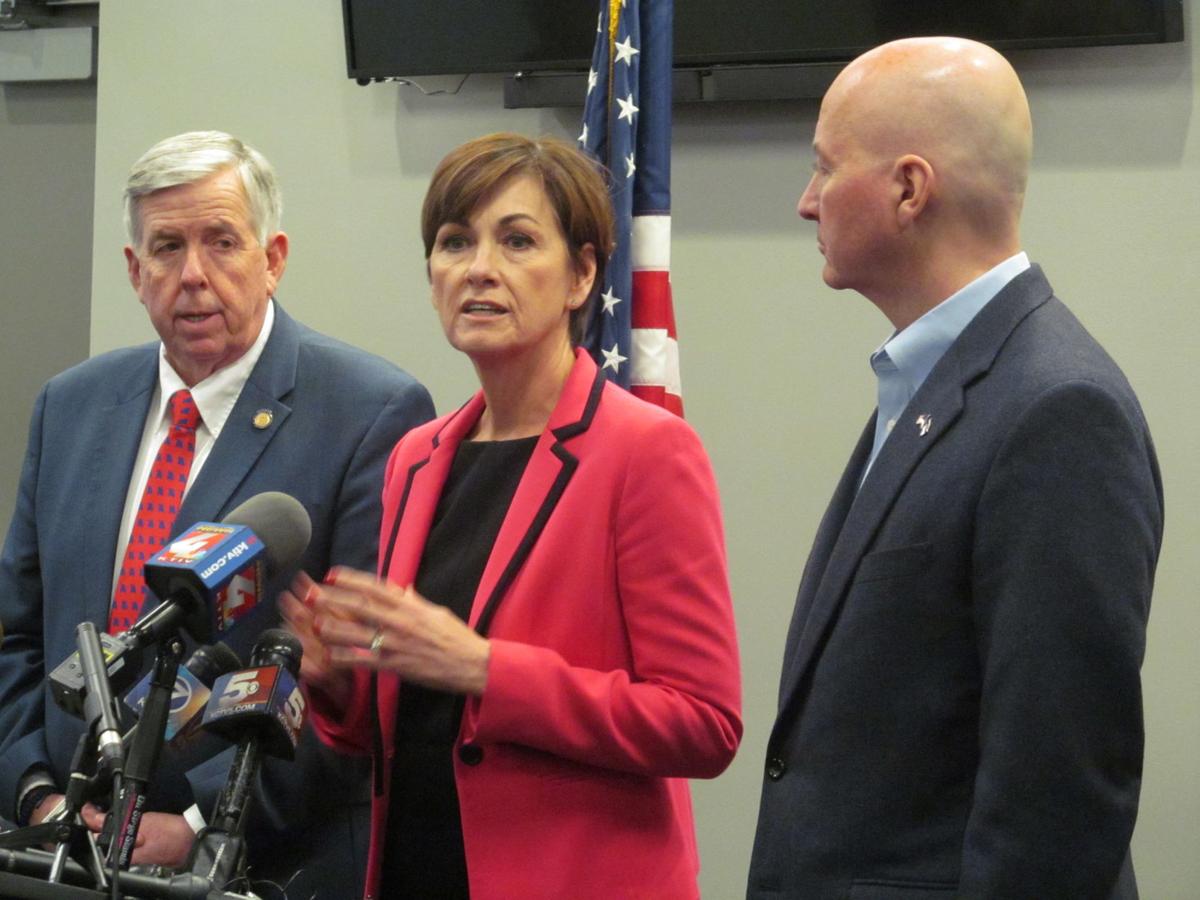 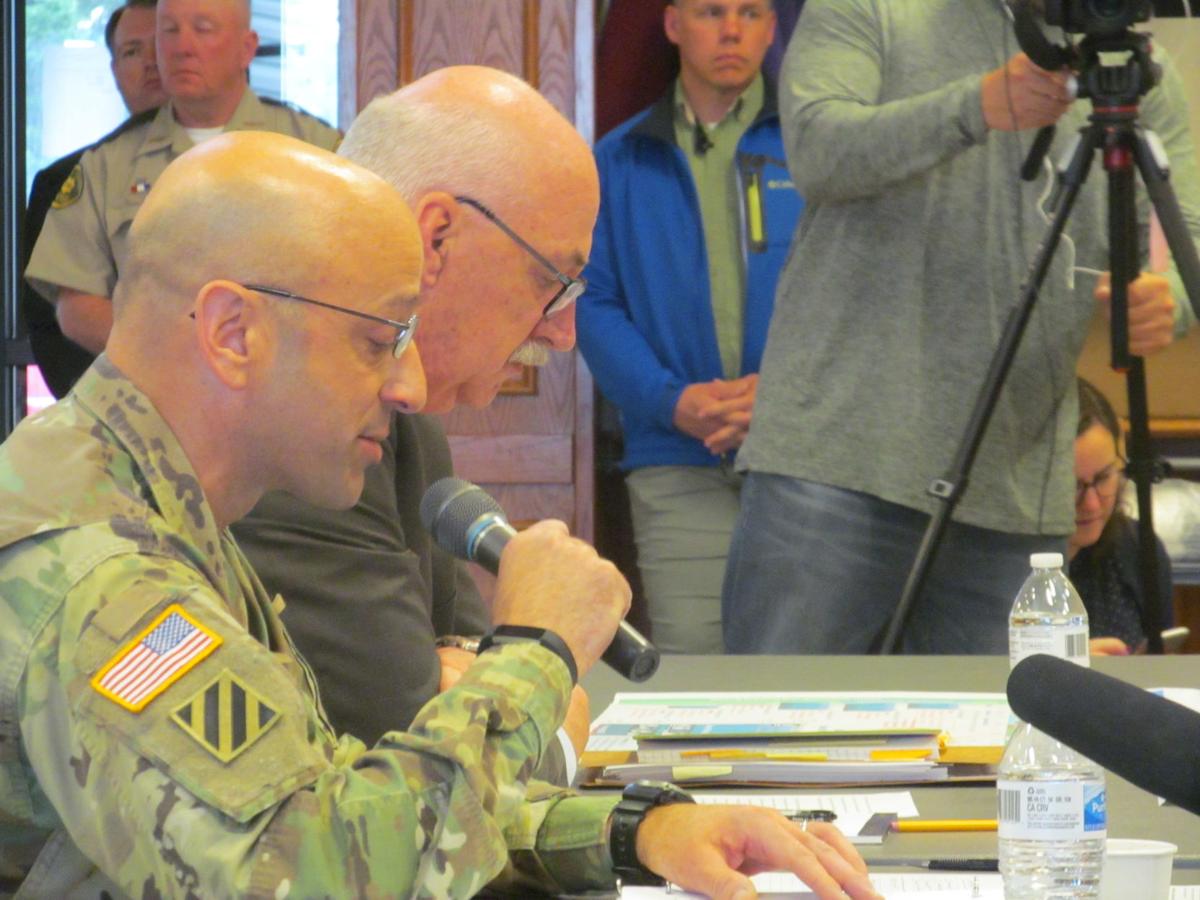 Scott Spellmon, deputy commanding general for civil and emergency operations, and John Remus, chief of the Missouri River Basin Water Management for the U.S. Army Corps of Engineers, testify during a U.S. Senate field hearing on the corps' river management practices in Glenwood. 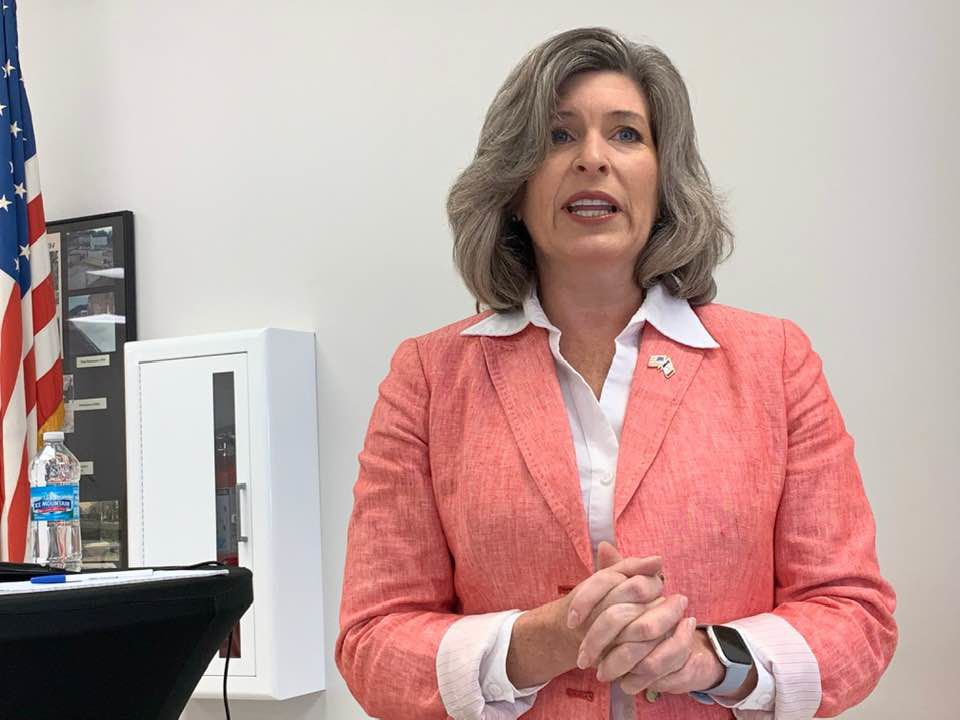 Scott Spellmon, deputy commanding general for civil and emergency operations, and John Remus, chief of the Missouri River Basin Water Management for the U.S. Army Corps of Engineers, testify during a U.S. Senate field hearing on the corps' river management practices in Glenwood.

(Undated) -- KMA News continues its "Project 2019" series, looking back at the top local and regional news stories of the past year, brought to you by Cornerstone Bank of Clarinda. Today's segment is the third and final report on the disastrous Missouri River flooding. In this report, we look back at the return of floodwaters in late May, and the issues arising from the flooding.

It was like a bad movie sequel. Many KMAland residents breathed a sigh of relief in mid-May, when floodwaters along the Missouri River began receding. As it turns out, the relief was short-lived. Another stretch of heavy precipitation resuscitated the flooding, forcing residents to once again invade already stricken areas. Mills County was among those victimized by round 2.

"On the western side of Interstate 29, we have some significant flooding that's occurred again with all that moisture that we've had with heavy rains and the increased output from Gavins Point -- they are going up to 75,000 cfs and have been increasing all week," said Mills County Public Information Office Sheri Bowen. "With that combination, we have just seen a large amount of water that has backfilled into the western edge of Mills County."

Yet another round of flooding hits parts of Pottawattamie County in October. Of course, the floods of 2019 were the second time around for many areas hit by a similar disaster eight years ago. And, this year's episode generated new criticism of the U.S. Army Corps of Engineer's Missouri River management practices. Iowa Senator Chuck Grassley voiced frustrations at a town hall meeting in Malvern in late March. Grassley says he believes the U.S. Army Corps of Engineers should emphasize flood control when managing the river, which was the primary purpose under the Flood Control Act of 1944 that funded many of the dams along the Missouri.

"Now you've got 10 other things that they take into consideration and I don't even know if flooding is the primary one," said Grassley. "When you say that 18 percent of the time flooding should taken into consideration, that's pretty minor to me compared to all the damage it's done. We have got to get the Corps back to doing what they used to do. We spent three years after the 2011 flood and it looks like we accomplished nothing."

"It was important for the three of us to come together," said Reynolds, "because the message we were trying to relay is we need to look at doing things differently. We need to look at this from a regional perspective and streamlining the process, what we're going to do in the short-term recovery, as well as the long term, and what that looks like going forward."

Later that month, the corps' practice were placed under a microscope at a U.S. Senate Environmental and Public Works Committee field hearing in Glenwood. Corps officials defended their policies, attributing the flooding to the runoff from the bomb cyclone that hit the Midwest on March 13th. Scott Spellmon is the corps' deputy commanding general for civil and emergency operations. Spellmon says that flood control is the corps' top priority when it comes to river management.

"Our number-one priority is life and public safety," said Spellmon. "When we have these type of hydrologic conditions on the basin, the flood risk is obviously the number-one priority. I would just add to that this basin has also seen periods of drought. In those type of conditions, the life and public safety turns to water supply. That's just an example of how things can turn very, very quickly. We saw that between the years 2011 and 2012. The flood risk is no longer the priority--it becomes water supply."

As flooding receded, levee repairs began up and down the Missouri River. Hamburg officials pushed for expansion of the Ditch 6 levee southwest of the city. Raising the levee's height saved the community in the 2011 flooding. But, federal officials forced the additional dirt to be removed. Thus, Ditch 6 was overtopped in March. Speaking at a town hall meeting in Riverton in late August, Iowa Senator Joni Ernst was among those calling for the corps to refortify the levee to 919 feet.

"Okay, they made a commitment to bring that levee up to 919," said Ernst, "and then they backed off of it. So, we've got to something about that, and we'll continue to push them."

By year's end, the remaining evacuation orders in Fremont County and others impacted by the flooding had been lifted. Most roads that were underwater during the flooding had been repaired and reopened. But, some standing water remained near the river. Some officials like Fremont County Emergency Management Coordinator Mike Crecelius expressed fears of another flooding disaster in 2020.

There WERE other major news stories in 2019, including the first murder case in Shenandoah in more than three decades. We'll look back at that story Thursday in our next segment of "Project 2019." A reminder: Each "Project 2019" report is available online at kmaland.com.