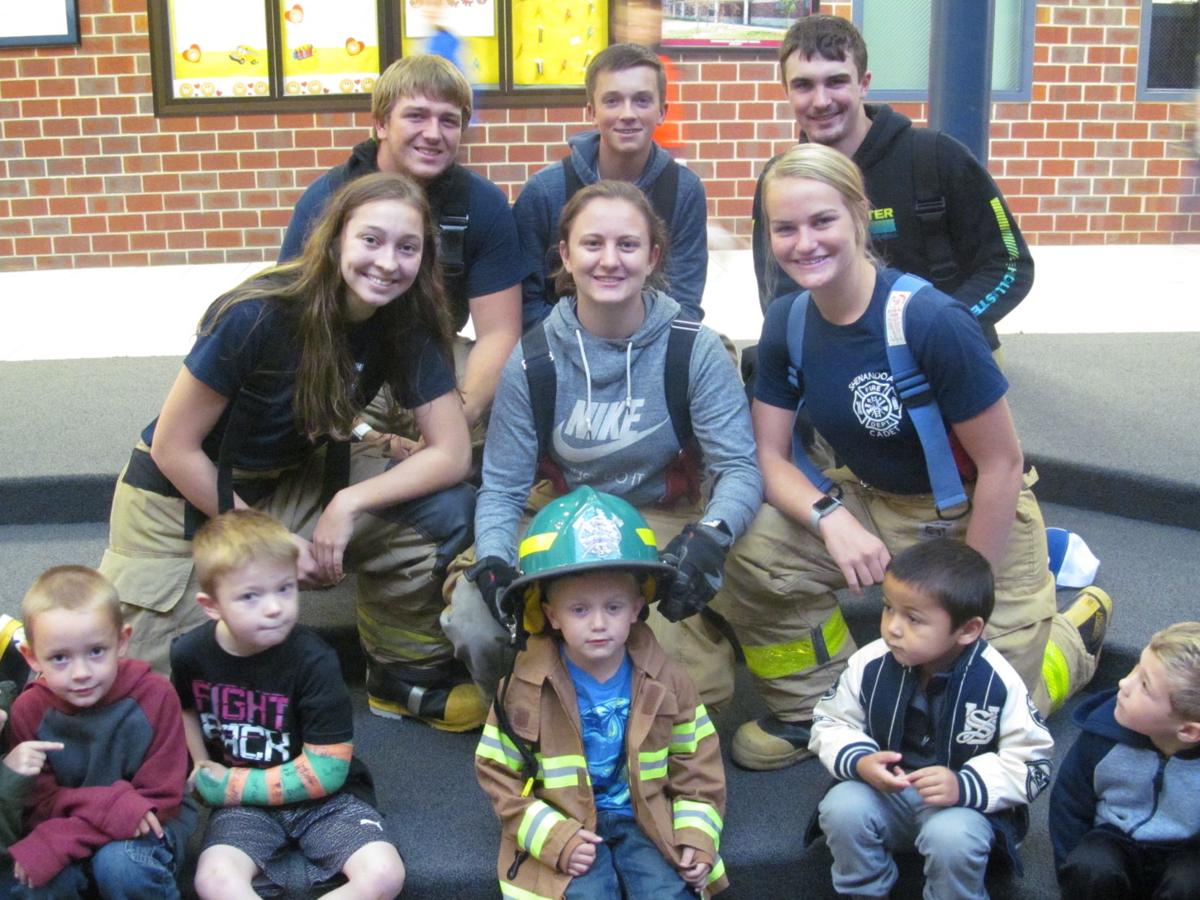 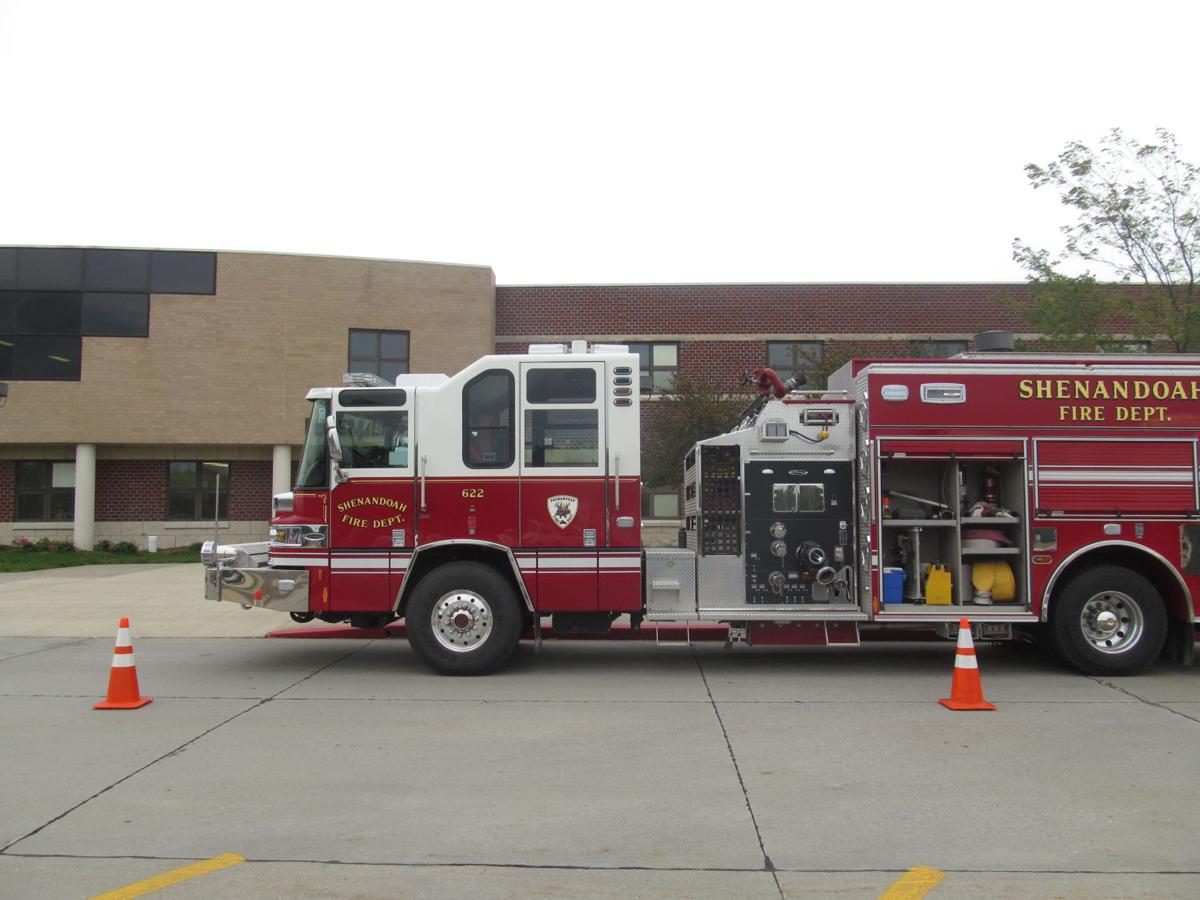 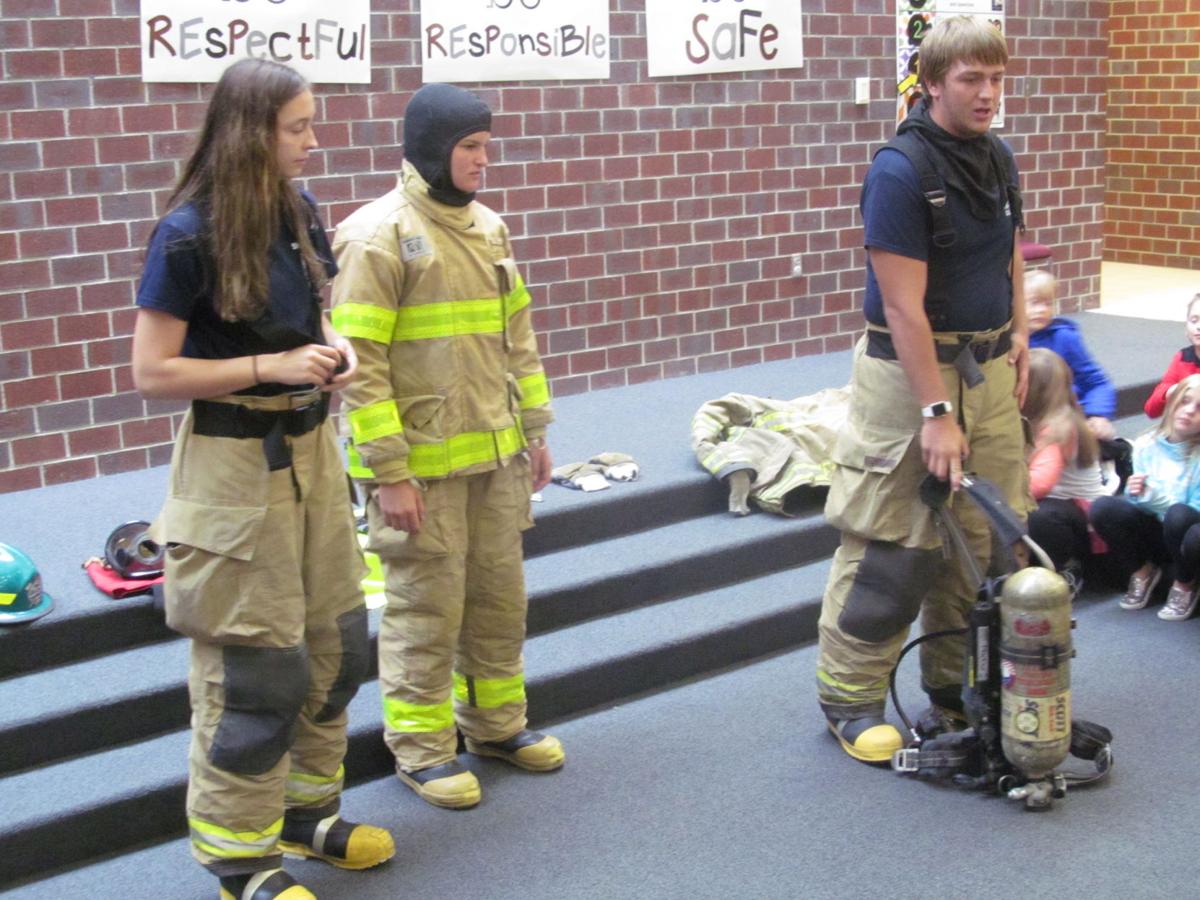 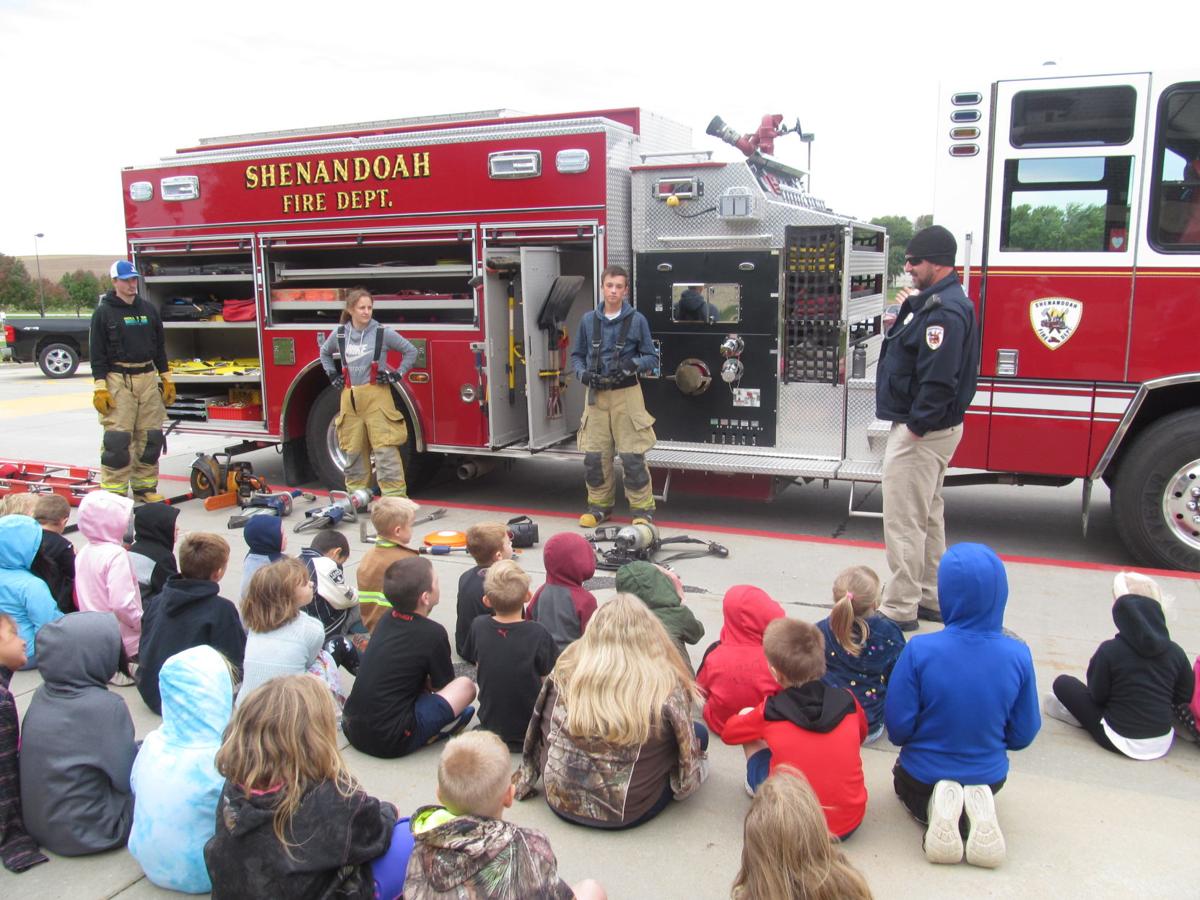 (Shenandoah) -- Fire safety begins at an early age in the Shenandoah School District.

Shenandoah firefighters, and members of the fire cadet program, presented their annual program to Shenandoah elementary students Wednesday morning, as part of National Fire Prevention Week. Senior Fire Cadet Austin Herold was among the presenters giving safety tips inside and outside the school. Herold tells KMA News it's important to reach out to younger students on how to prevent fires, and how to keep safe in case the worst happens.

"Just basic fire safety," said Herold. "Making sure they're safe at all times. That's what we want to teach them, is to how to be safe, and if there's an accident, what to do."

George Shaw is fire prevention officer and cadet coordinator with the Shenandoah Fire Department. Shaw says the program gives students an up-close look at one of the department's trucks and firefighting equipment.

"The city of Shenandoah has supported the fire department extremely well," said Shaw. "We have very nice equipment. We're very prepared to respond, and we're proud of what we had. So, showing the equipment, the tools, is what we're proud of."

Additionally, the cadets demonstrated the gear firefighters wear in battling blazes. Shaw says it's important for kids to see the gear, so that they won't be afraid if a firefighter comes to rescue them.

"One of the bigger obstacles we find is the young children see the firefighters, sometimes, as something that might be scary," he said, "maybe looks like the space alien when we're all dressed up. So, having the time to present that look to the kids on their level, with time for them to adjust, gives us the hope that when an emergency would happen, they would see as somebody to be there to help, not somebody they should be scared of."

While saying it's hard to measure the effectiveness of fire safety presentations, Shaw says he hopes the programs connect with younger children.

"The bottom line is, we have to be getting the point across to a few people," said Shaw, "maybe the key people who need to hear the message about don't play with matches. At the end of the day, we go home just hoping that we made a difference just in a small way, that could pay big rewards in the end."

Senior Fire Cadet Roxy Denton watched those same presentations as an elementary student. What impression did they make on her?

"A good one," said Denton. "I learned how to be safe in a fire from a young start. I'm teaching what people taught me to kids now."

"Not Every Hero Wears a Cape" is the theme of this year's National Fire Prevention Week. More information on the special week is available from the National Fire Protection Association's website.