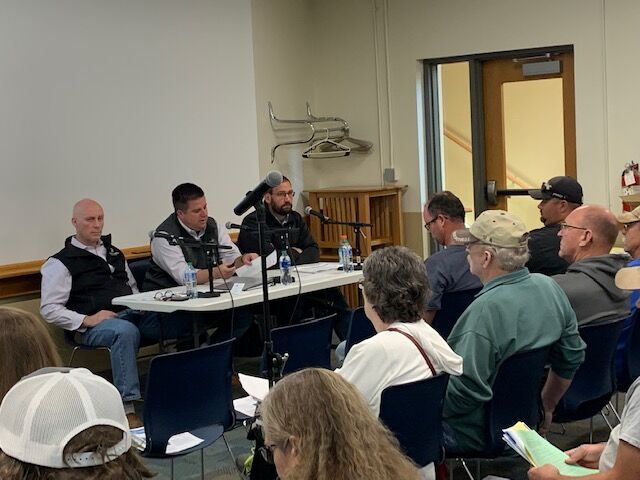 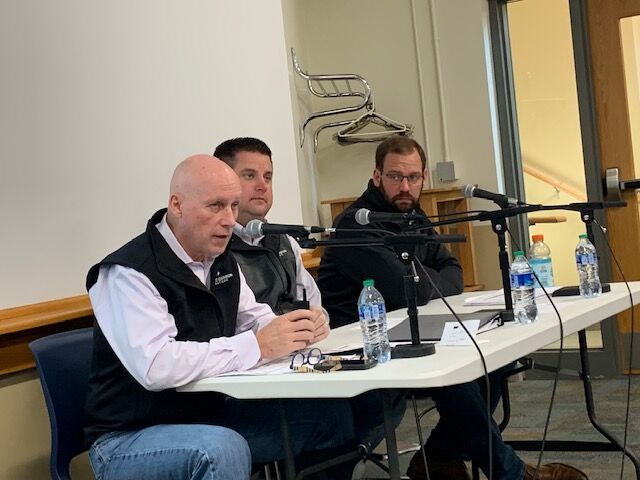 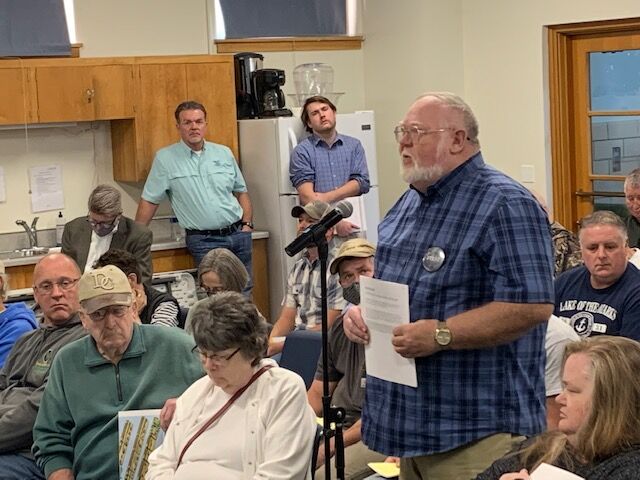 John T. Davis of Hamburg, a climate analyst, speaks out against the proposed Midwest Carbon Express pipeline project during a public meeting in Shenandoah Thursday afternoon.

John T. Davis of Hamburg, a climate analyst, speaks out against the proposed Midwest Carbon Express pipeline project during a public meeting in Shenandoah Thursday afternoon.

(Shenandoah) – More than six miles of pipeline would rest in Page County under a proposed carbon capture and storage project.

Officials with Summit Carbon Solutions fielded more questions and comments regarding the proposed Midwest Carbon Express pipeline during a noon hour public meeting Thursday at Shenandoah Public Library. The Page County meeting is one of several held this past week in the affected areas as part of the Iowa Utilities Board’s permit process for the project. John T. Davis of Hamburg was among those speaking against the project. Davis, a climate analyst, cited research claiming the CO2 pipeline is not only dangerous, but not cost effective, and actually releases more greenhouse gases than it stores.

“After billions of dollars in public and private investments over decades, there are no carbon capture success stories – only colossal failures,” said Davis. “One of the largest was the Petra Nova coal plant in Texas, once the poster child for CO2 removal. But the plant consistently underperformed before it finally closed for good last year.”

“With ethanol plants, the CO2 we receive is 95% pure,” said Powell. “The only impurities are nitrogen oxygen. There’s nothing flammable or combustible about it. The CO2, from an impure source that includes other impurities may be combustible or flammable. This is not.”

Jake Ketzner, Summit’s vice president of government and public affairs, cited a plant in Illinois as a success story for carbon capture and storage efforts. Ketzner adds North Dakota is a great location for carbon sequestration.

“North Dakota is really the sweet spot for carbon sequestration in the United States,” said Ketzer. “They have 250 billion tons of tons of storage. We’re doing 12 million tons a year. So, they have a plethora of storage.”

Thursday’s hearing was the first of two scheduled for Page County. Because of a publication error, Summit Carbon Solutions is required to hold a second public meeting in the county next week. That meeting is set for October 22nd at noon at Shenandoah Public Library.