Also, 18-year-old Gabriel Juan Sherry of Glenwood was arrested late Monday morning on warrant for 2nd degree theft. The arrest took place at the Pottawattamie County Jail at around 10 a.m. Sherry is being held on $5,000 bond.

Other arrests and accident reports are listed with the rest of the Mills County Sheriff's report published here: 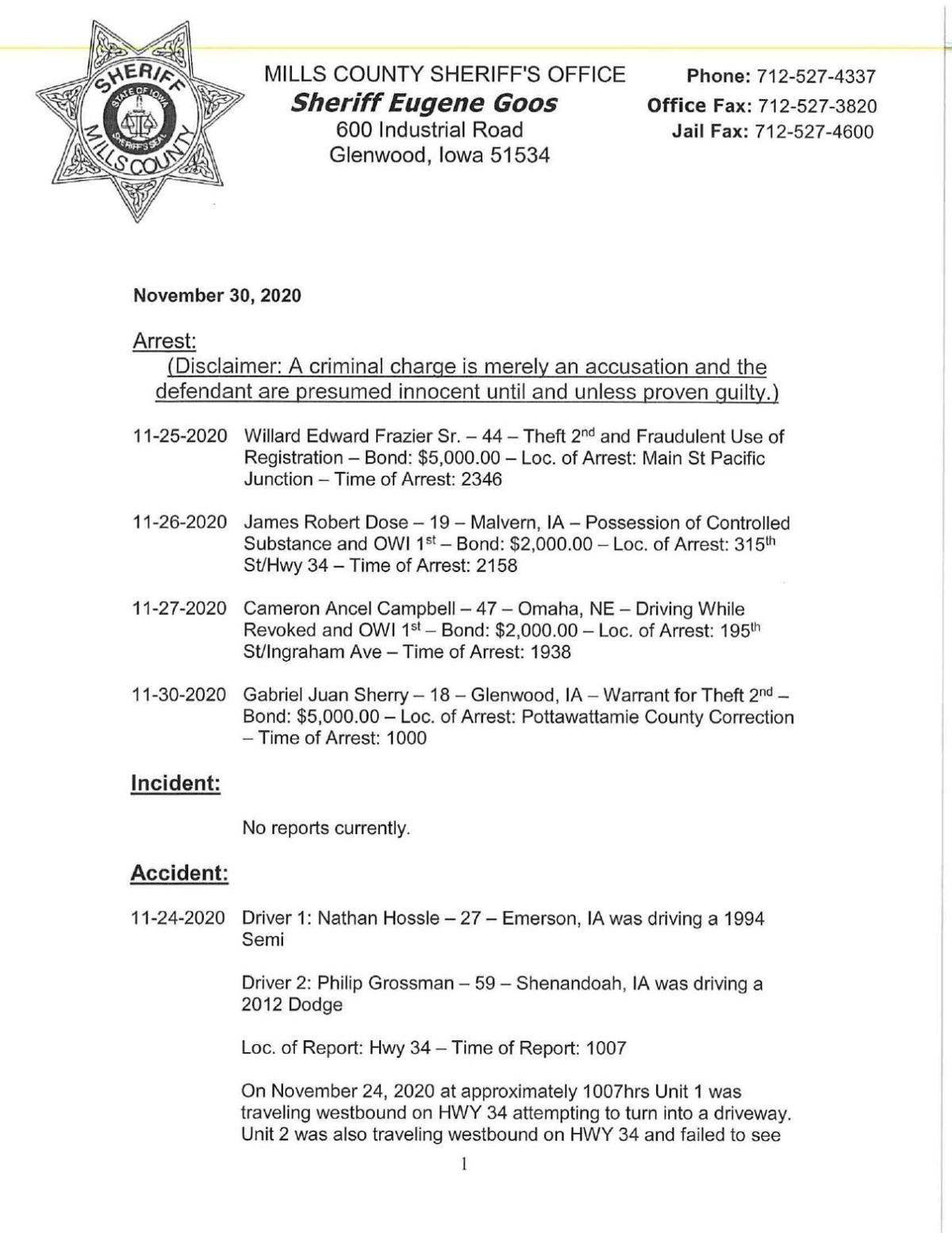 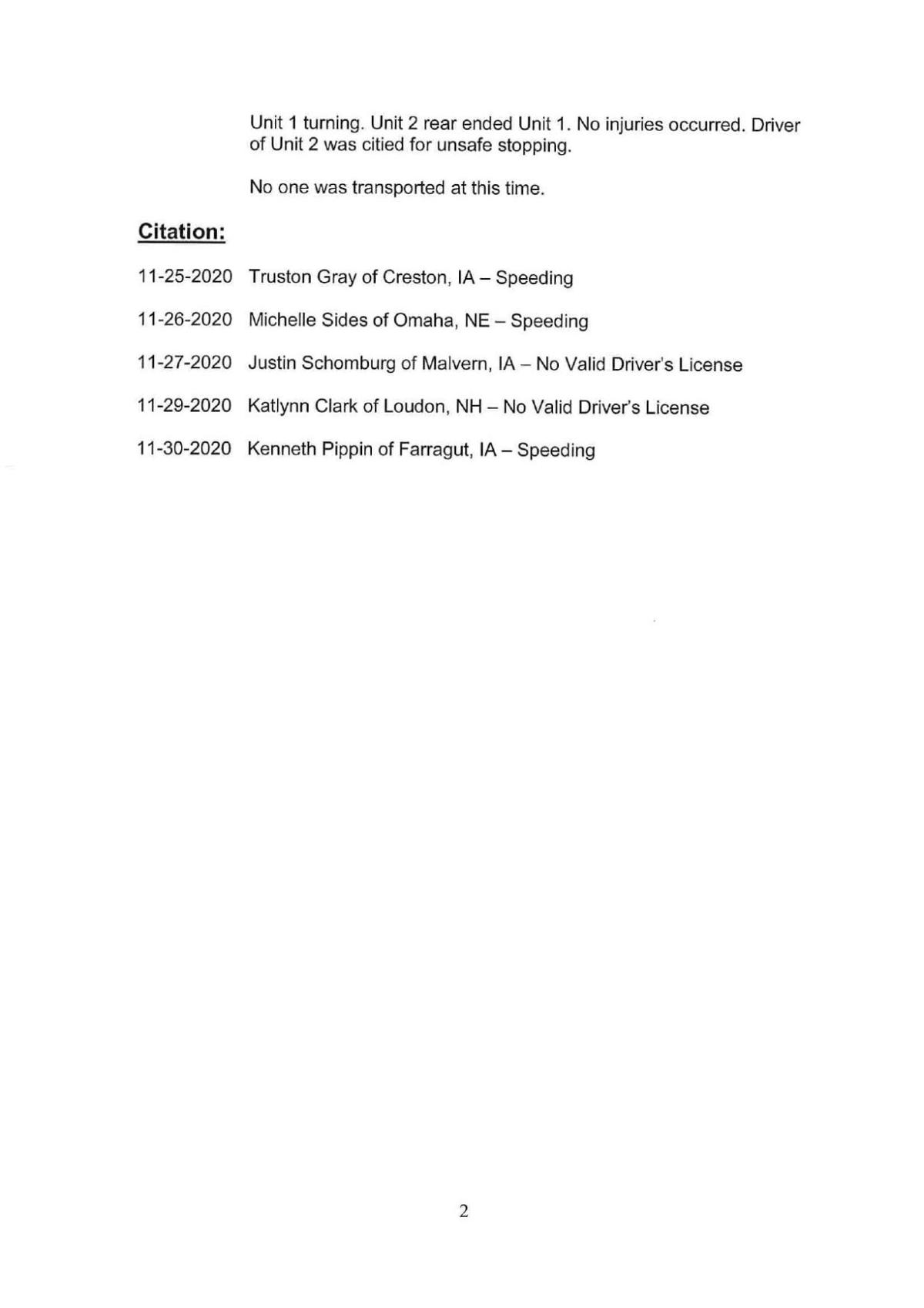