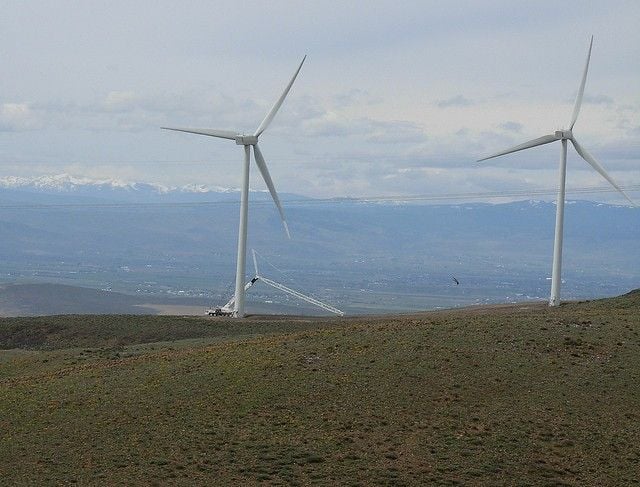 (Shenandoah) -- It's no stretch to say the future of wind energy production in Page County is at stake in Tuesday's general elections.

As wind turbines dot the countryside along the Interstate 80 corridor in western Iowa, and have become a part of the skyline in northwest Missouri, the pros and cons of the structures have been fiercely debated in county board of supervisors meetings over the past few years. On Wednesday morning, KMA News explored the issues surrounding turbines in a special forum recently recorded via ZOOM featuring individuals representing both sides of the issue. Bill Menner is executive director of the Iowa Rural Development Council, and the former director of USDA Rural Development. Menner was asked whether turbines are beneficial to residents and communities hosting them.

"If you like revenues for property taxes," said Menner, "if you like funding schools and basic infrastructure, creating job opportunities for young people who want to explore renewable energy as a career, then the answer is yes. It's a good thing for rural communities that choose to leverage the assets they have, and property owners who want to lease land for turbines."

Clay County resident Janna Swanson represents individuals concerned about wind turbine construction and their impact on property rights. Saying turbines are a detriment, Swanson says communities given the opportunity to choose whether to allow the structures usually reject them.

"Generally, supervisors are given the right to do a referendum sort of vote in the footprint of the project area," said Swanson. "Time and time again, they refuse. In states, we see that where they do have referendum votes, like up in Michigan, the wind industry is having a horrible time putting up these installations, because people don't want them."

Swanson believes the current setback regulations in Page and other counties offer little protection against turbines to nonparticipating landowners.

"If you have a 500-600-foot wind turbine, it should be at least a 2,000-foot setback to a property line," she said. "And, they're doing a little thing like a 1.1, or something like that. I asked the wind industry if I were to put a house right on my property line right up to where your wind turbine is on the neighbor's property, would you be okay with that? Would you be okay with that with your liability?"

Menner, however, replies that landowners still have control over what is placed on their properties.

You can view the video of the entire ZOOM forum here: