(KMAland) -- Thirteen Harlan Cyclones picked up first team all-district with the release of the 3A District 6 awards recently.

View the complete release with second team and honorable mentions included in the PDF below. 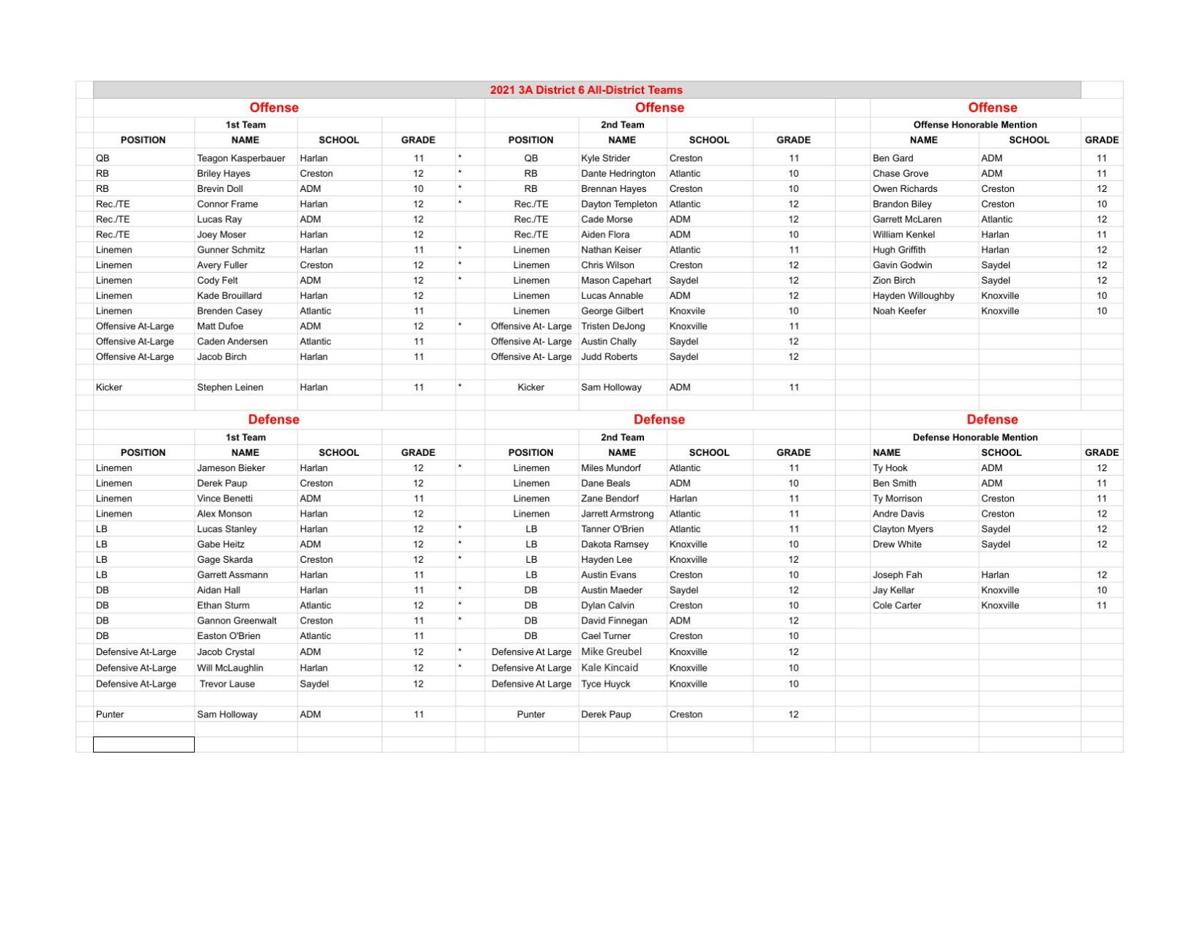