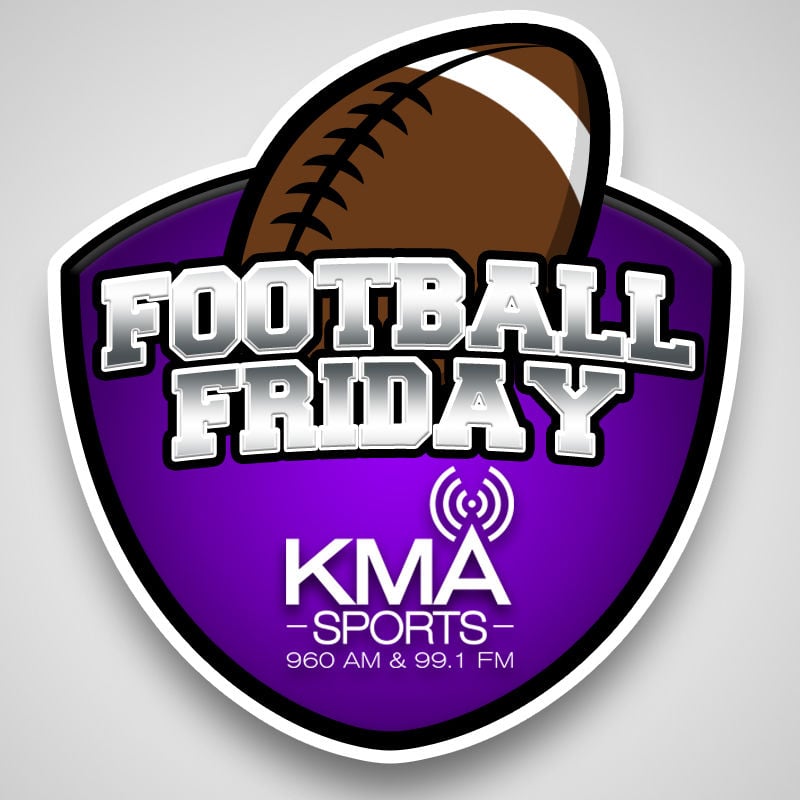 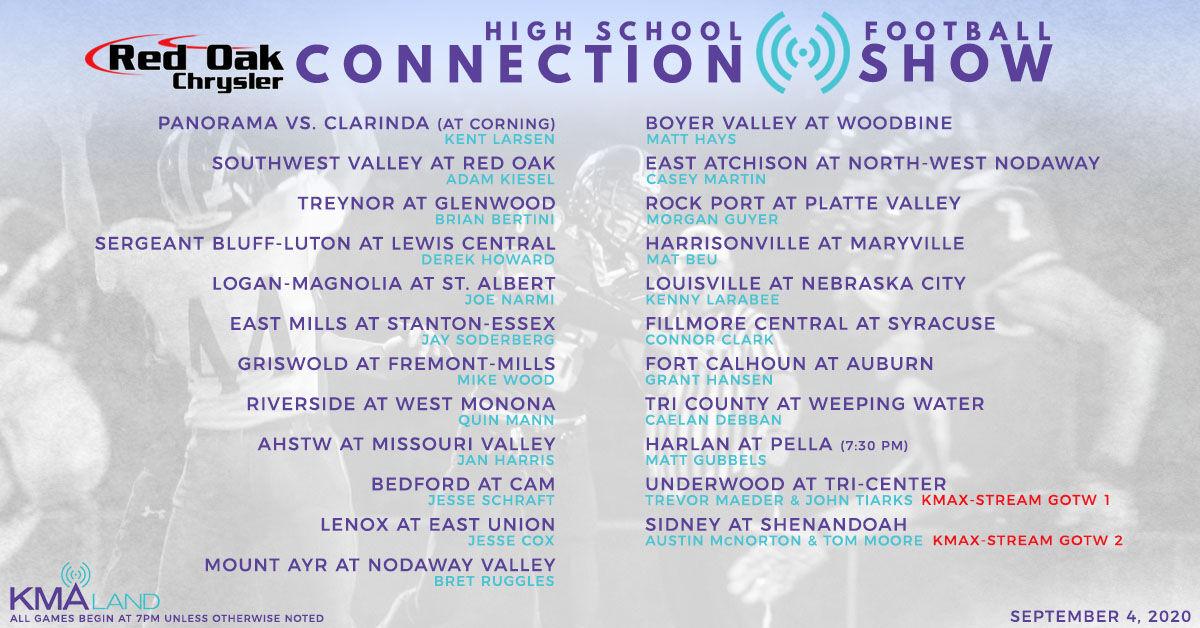 (KMAland) -- Week 2 of the high school football season is jampacked with terrific games in KMAland.

Listen to all the coverage on KMA 960 and KMA-FM 99.1. Will also have two games on our KMAX-Stream at kmaland.com with Trevor Maeder and John Tiarks on Stream 1 with Underwood at Tri-Center and Austin McNorton and Tom Moore on the call of Sidney at Shenandoah on Stream 2.

Check out our list of reporters for tonight's Red Oak Chrysler High School Football Connection Show in the image below.

Here's a look at the full schedule we are tracking tonight. You'll find links to our 20 previews below.

Clarinda vs. Panorama (at Corning)

Doniphan West at Worth County