Holthaus, a right-side hitter, was named a first-team choice. She led the Cyclones in kills per set with 3.22 and had a .261 efficiency.

Herrera, a second-team selection, put up stellar numbers from the middle blocking position. She ranked on fourth on the team in kills per set (2.36) and had a team-best .271 hitting percentage. Her 1.11 blocks per set ranked sixth in the Big 12.

Crawford was additionally tabbed for the All-Rookie Team, along with Carter, Aliyah Elnady (Kansas) and Jayden Nembhard (Kansas State).

The complete release can be found below. 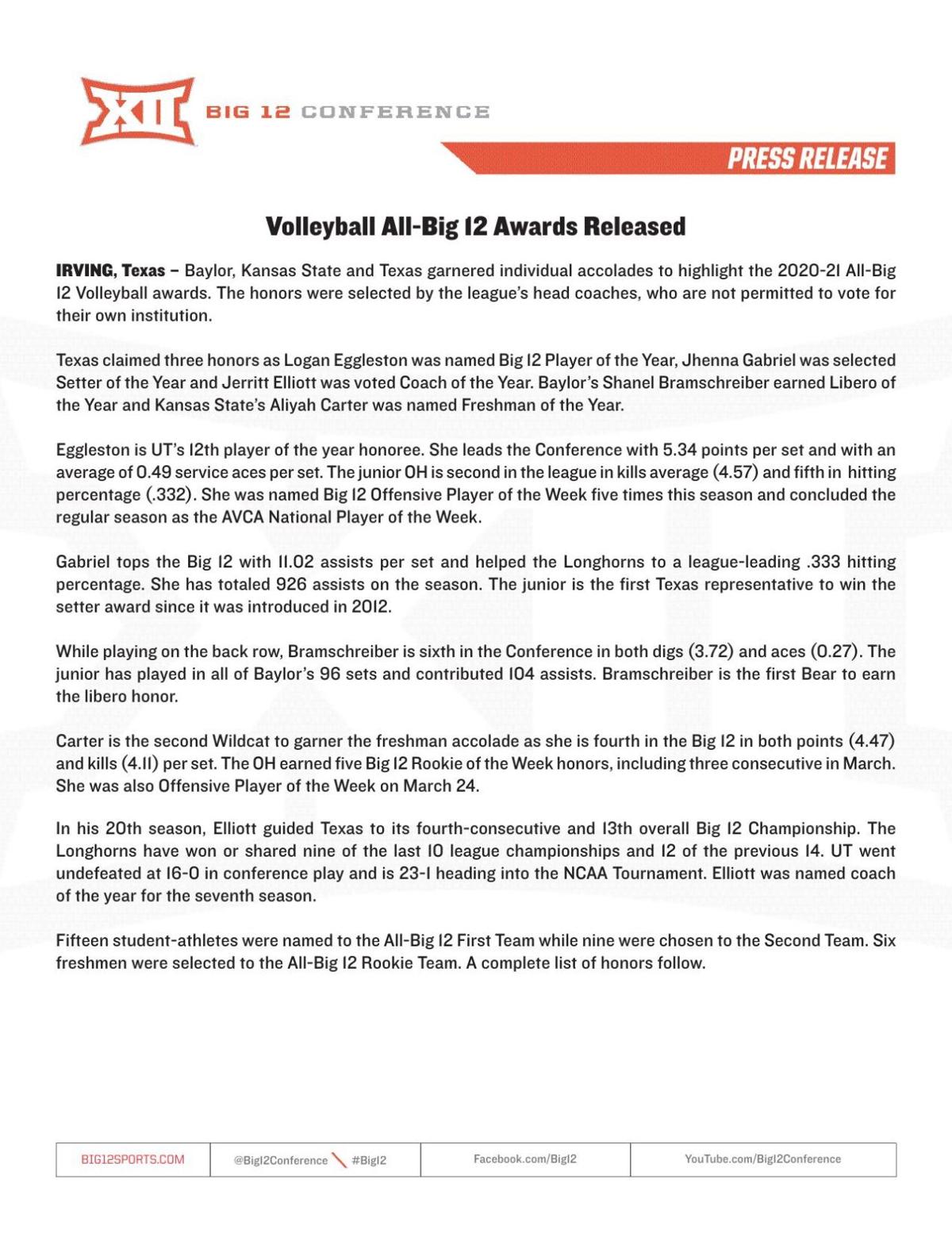