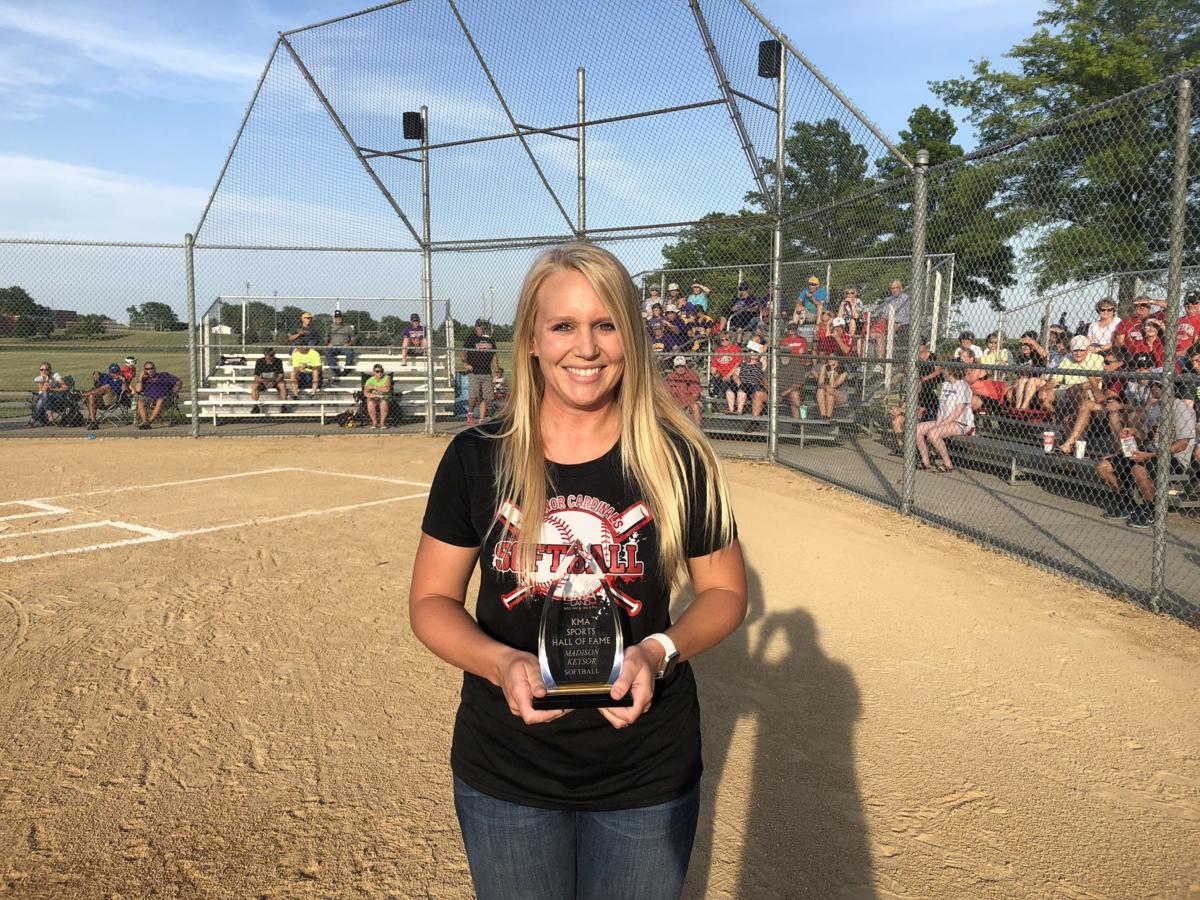 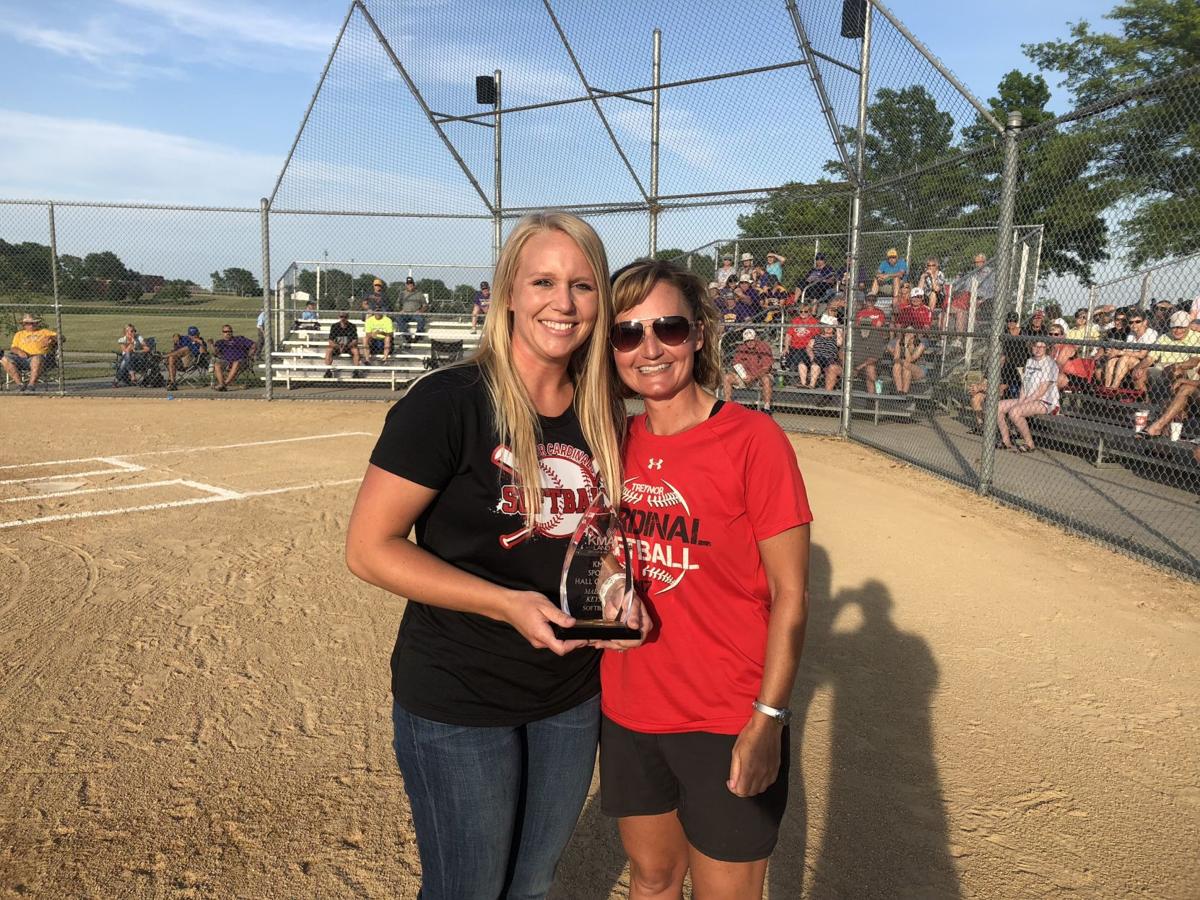 Treynor's two-time state pitcher of the year and one of the key cogs in KMAland's only state softball champion of 2012, Madison Keysor, was inducted during a short ceremony prior to the Treynor/Logan-Magnolia game.

Keysor struck out 269 batters and posted a 0.62 ERA in her junior season before 316 strikeouts and a 0.87 ERA in her senior summer. Following the 2012 state championship, Keysor led the Cardinals to a state runner-up finish in 2013.

The Treynor great joins Fremont-Mills alum Mindy Lorimor and the 1998 Riverside state qualifier in the softball wing of the KMA Sports Hall of Fame.

View a video interview with Keysor below, following the induction.