Lane Nelson shot a 77 and finished second to lead Atlantic to a team victory at their home tournament.

Braden Smith was fourth with a 78, and Garrett McLaren added an 80 in 10th for the Trojans, which shot a 318 to win by three strokes over ADM.

Kuemper’s 329 placed them third behind Maverick Schwabe and Jack Tiefenthaler, who both shot an 80 and finished seventh and ninth, respectively.

Creston finished fifth with a 341 as a team. Colby Burg led the Panthers with a third-place finish, carding a 77.

View complete results from the meet linked below. 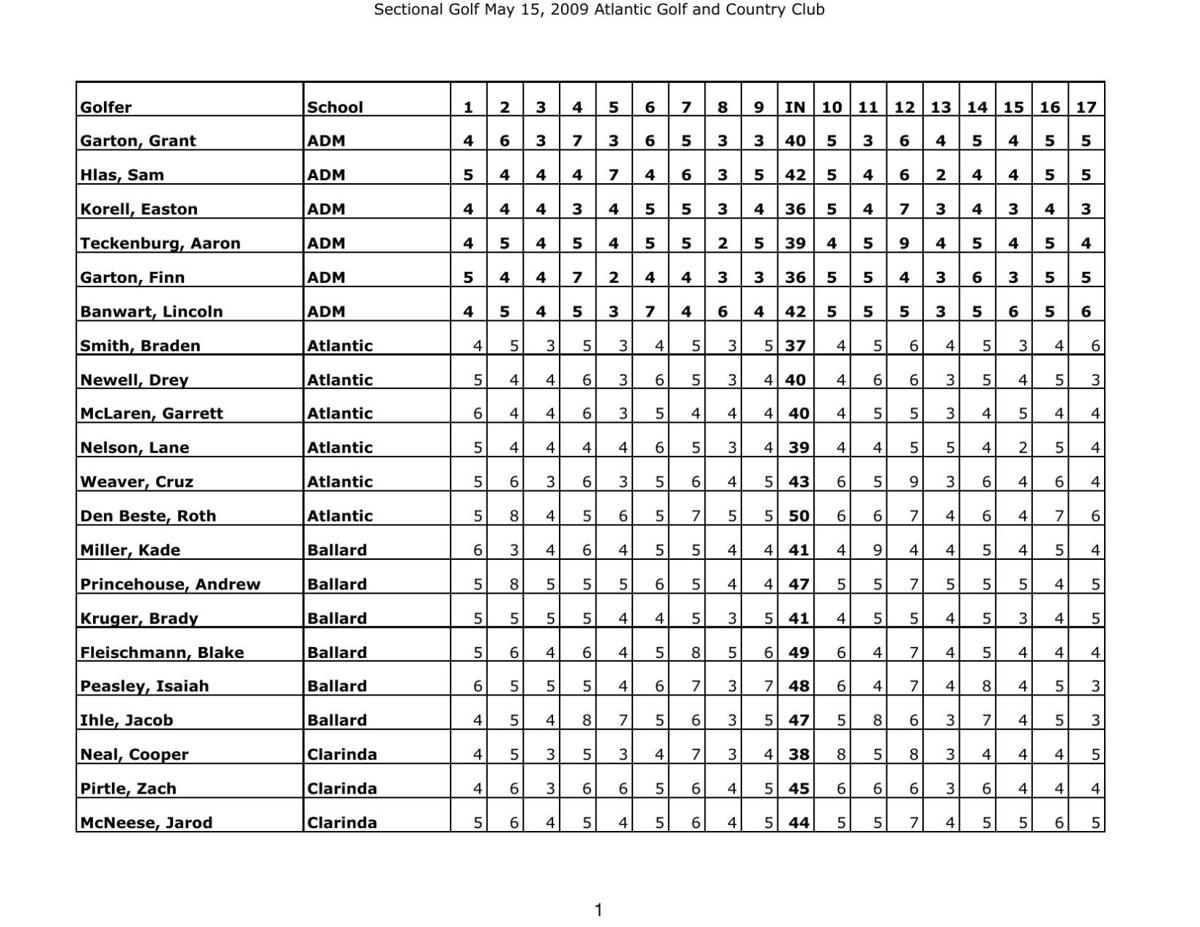 Brett Klusman ended up fourth with an 81, Luke Hubbard took fifth with an 82 and Eliot Shaw placed sixth with an 83 to lead the Falcons. Cameron Mardasen carded a 96, and Lane Sundberg finished with a 97 for the Falcons.

Bedford had two of the top three finishers and four in the top 10 on their way to a Pride of Iowa Conference championship.

The Bulldogs shot a 366 behind Owen Lucas and Logan Moyer’s 87 and 88, respectively, placing them second and third. Gage Godsey finished ninth, and Tate Rowan was 10th with a 95 and 96.

Wayne finished second with a 382 behind individual champion RC Hicks, who came in with an 85. The Falcons also had eighth-place finisher Nash Buckingham with a 94.

Nodaway Valley took fifth with a 411, led by Matthew Weber’s 90 in fourth place. Mount Ayr’s Drew Ehlen finished fifth with a 91, Central Decatur’s Trey Hullinger added a 96 in 12th and Southwest Valley’s Isaac Currin tied for 15th with a 99. 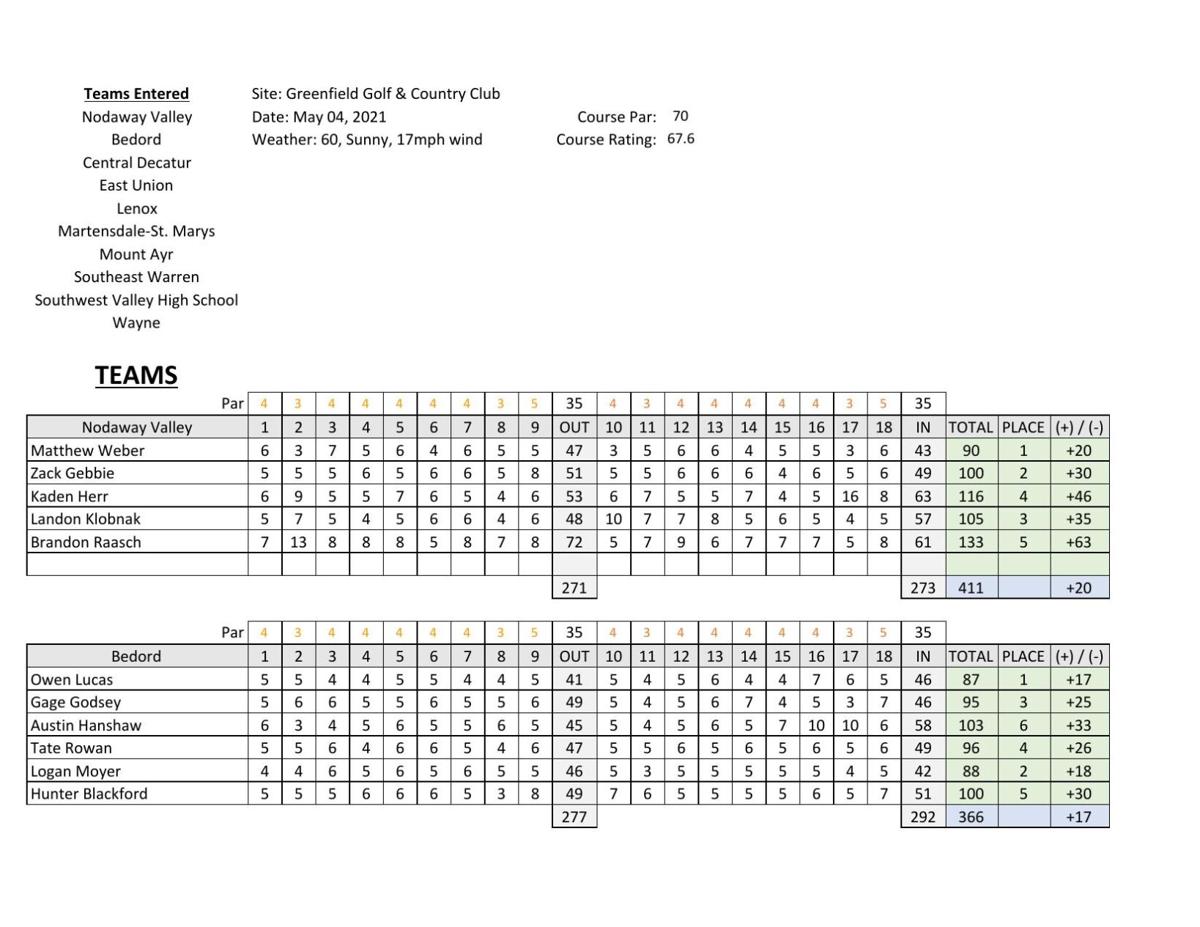 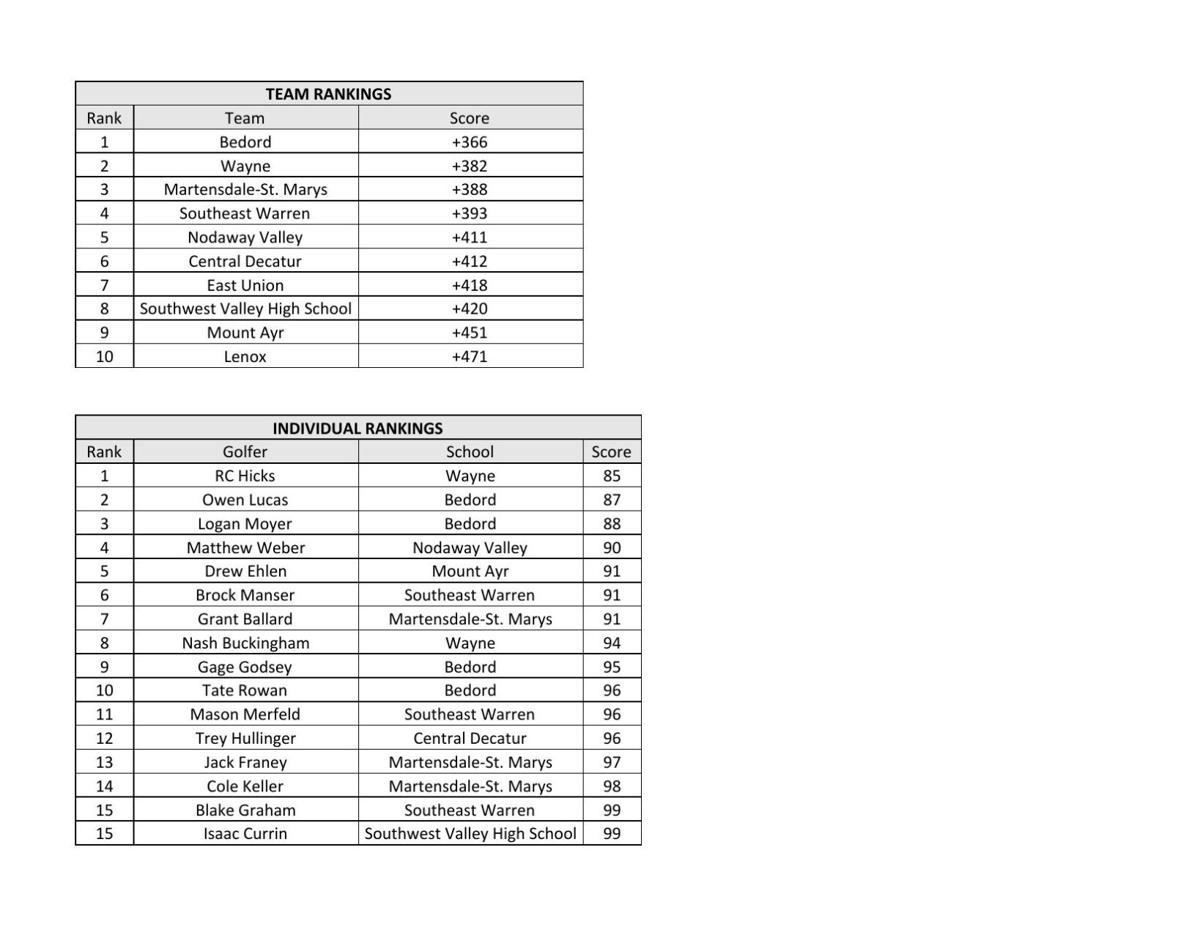 Elmwood-Murdock finished with a 326 and took third at their home tournament behind Lincoln Christian (303) and Cedar Bluffs/Mead (310).

Nate Lockman led the Knights with a 75 to place second, finishing four strokes behind the champion Brady McGerr of Lincoln Christian. Devin Mather also had a 10th place finish for Elmwood-Murdock with an 81. 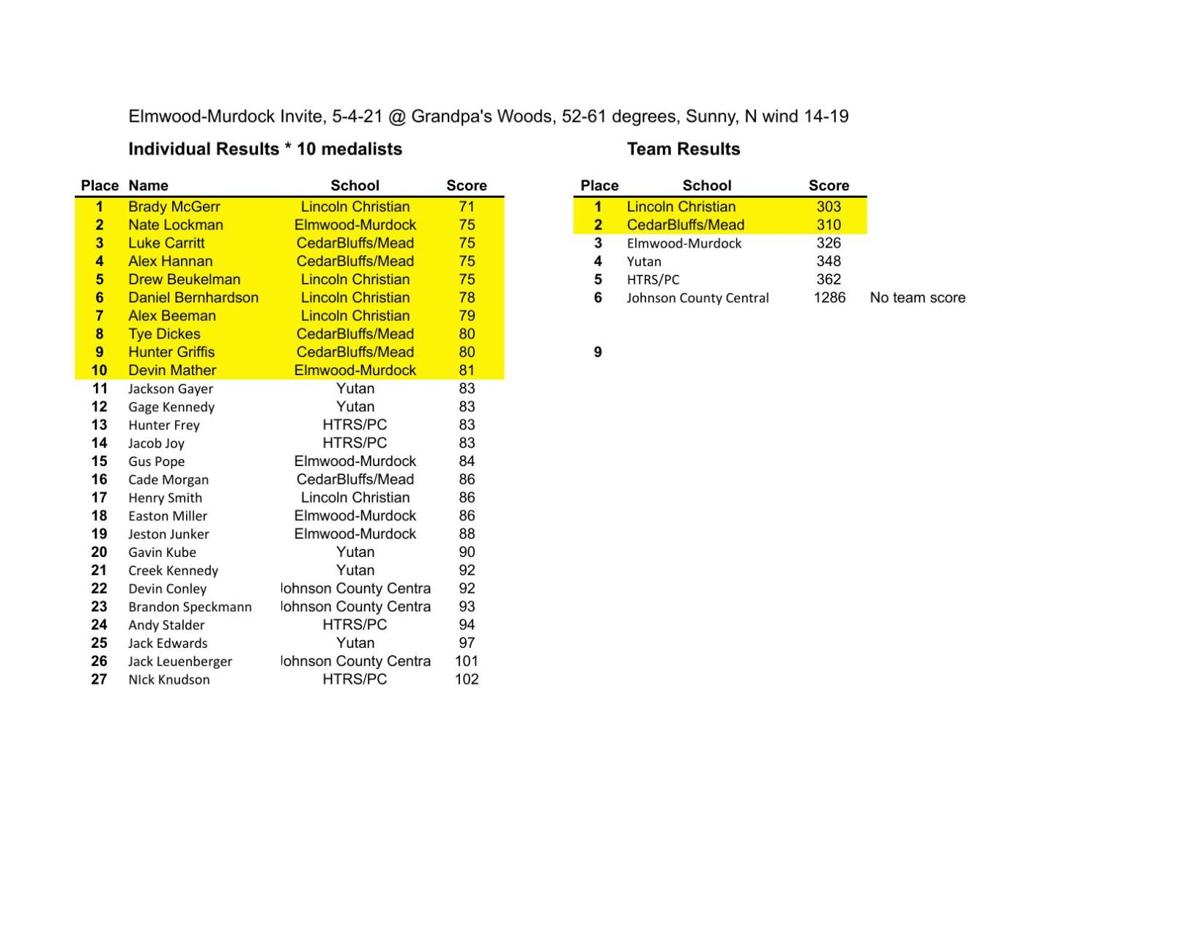