(KMAland) -- Glenwood had 14 different athletes capture a piece of gold in a win at Carroll, Harlan had a trio win two individual golds each, AL ran at Doane and Elmwood-Murdock was at Douglas County West in boys track.

The full rundown for Thursday:

Glenwood’s boys were victors at the Carroll Early Bird, finishing the night with 162 points to beat Harlan by nine. Denison-Schleswig had 61 in fourth, and Kuemper finished the night with 46 and in sixth.

Colby Frye and Sully Woods also ran for the sprint medley while Gavin Connell, Jake Shannon, Liam Hays and Andrew Smith made up the winning 4x800 (9:16.22). Zander Hayes, Anthony Driscoll and Grant Von Essen were other members of the shuttle hurdle, and Ethan Parks ran the third leg in the 4x200.

Kuemper Catholic had two win at the meet, and Michael Pottebaum had his hands in both. Pottebaum won the 800 (2:11.09) and anchored the distance medley (3:56.66) to a win along with Logan Sibenaller, Tanner Higby and Garrett Christensen. 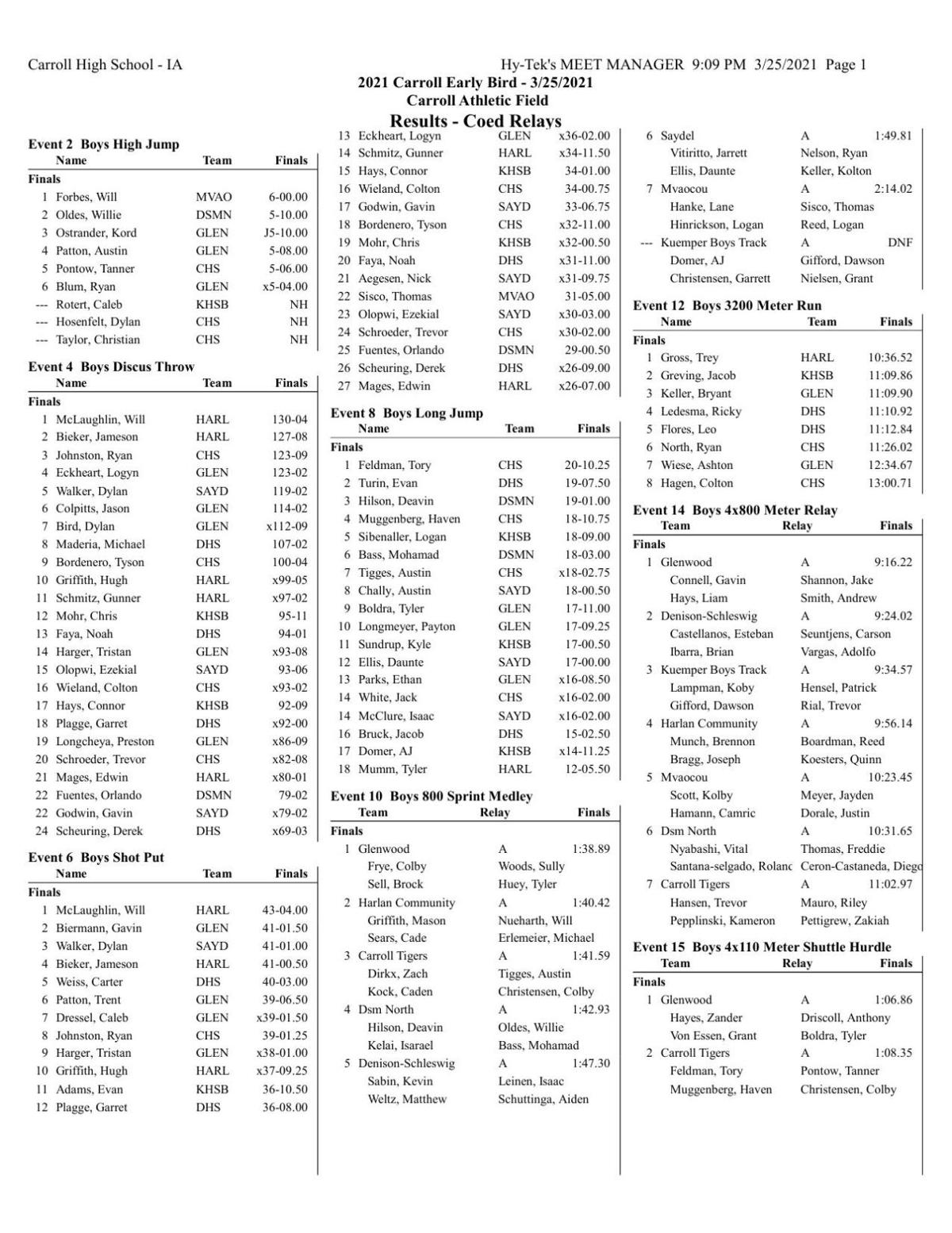 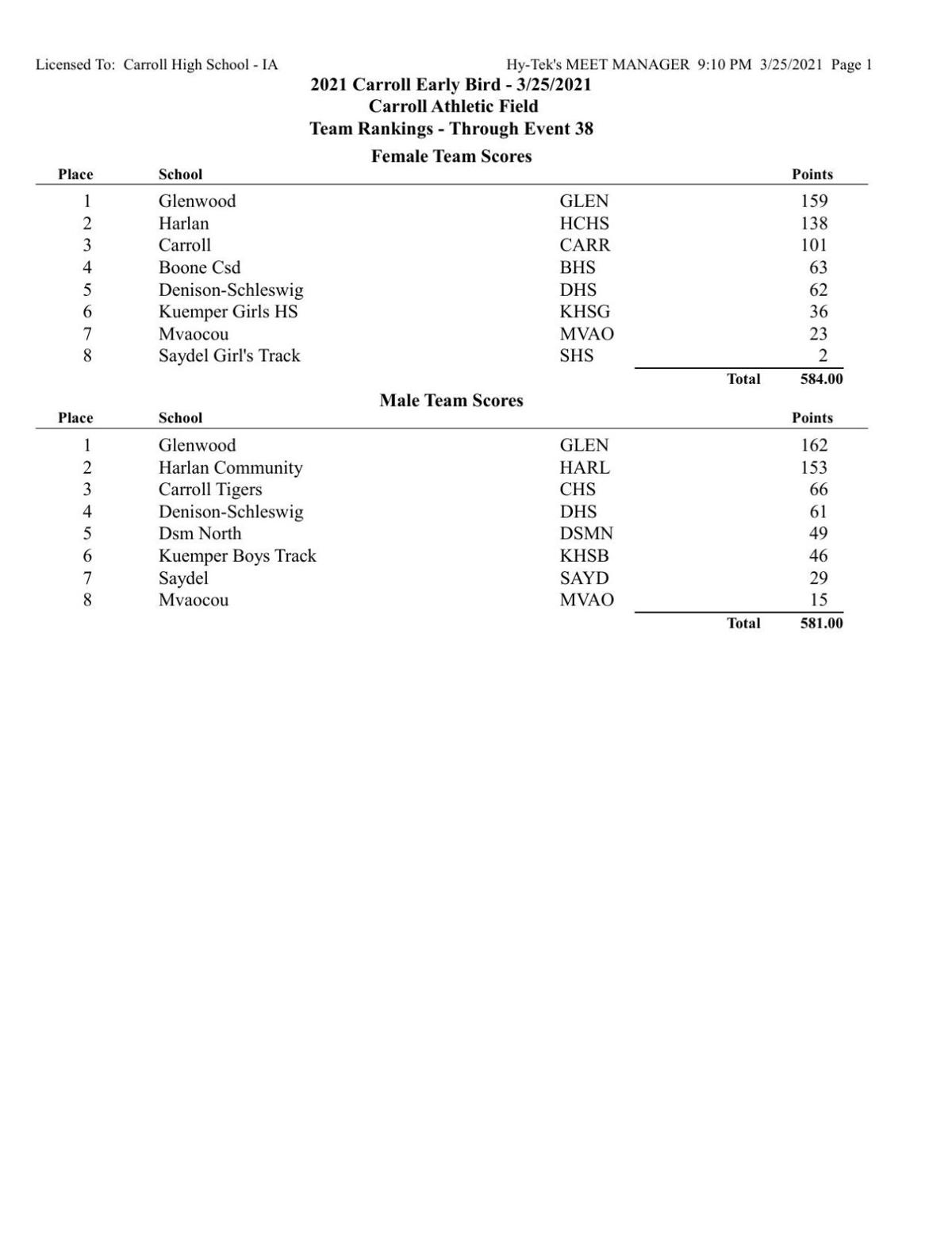 Elmwood-Murdock had just one victory at the Douglas County West triangular. Cade Hosier won the triple jump with a leap of 43-03.00. 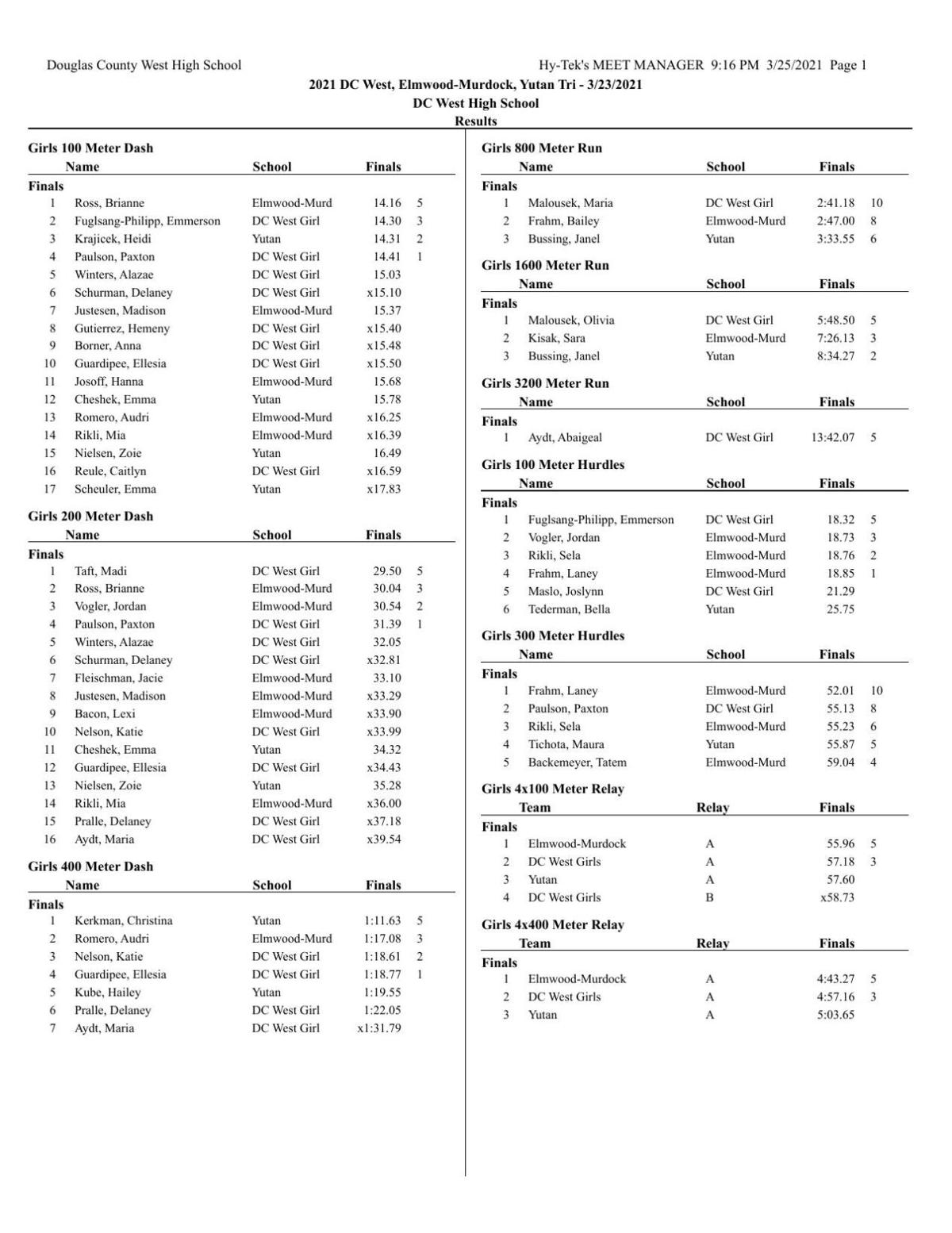