(KMAland) -- Missouri Valley and AHSTW won team titles in Avoca, Harlan did the same in Storm Lake and Council Bluffs was well represented in Des Moines. Check out the full rundown from Tuesday's cross country action below.

Logan-Magnolia's Courtney Sporrer and Treynor's Cole Dooley were the individual champions while the AHSTW girls and Missouri Valley boys won the team titles. The complete rundown from this meet can be found at our Local Sports page.

Sioux City East's Kaia Downs claimed the individual title on the girls side while Bishop Heelan won the team title with 53 points.

Sergeant Bluff-Luton won the team title in the boys race while Sioux City North and Sioux City East were second and third. 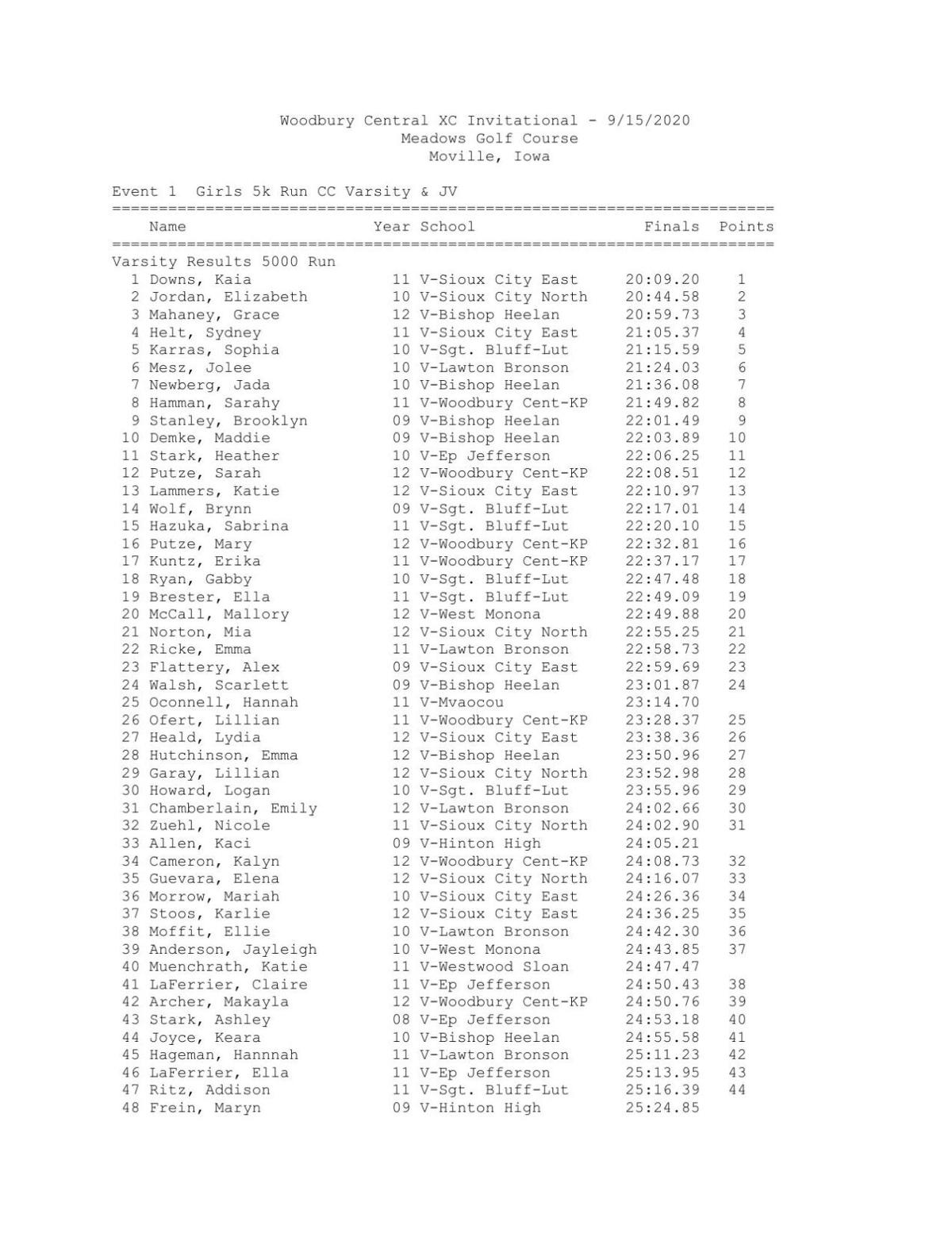 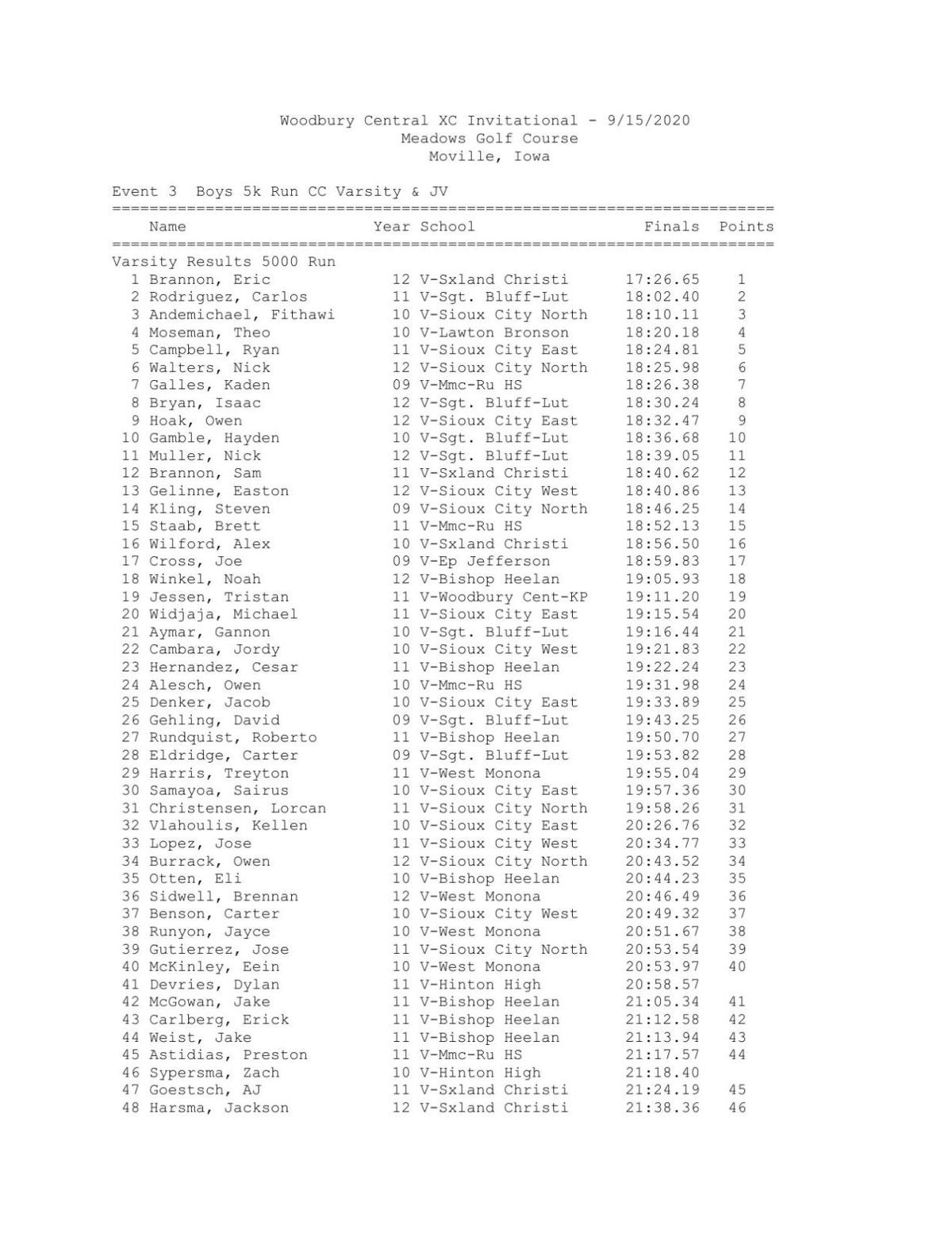 Harlan's Trey Gross claimed the individual title in the boys' race with a time of 17:00.42 while LeMars claimed the team title with four medalists -- Jason Sudtelgte (3rd), Jackson Sudtelgte (5th), Kaden Wingert (6th) and Blake Dirksen (8th). Complete results can be found below. 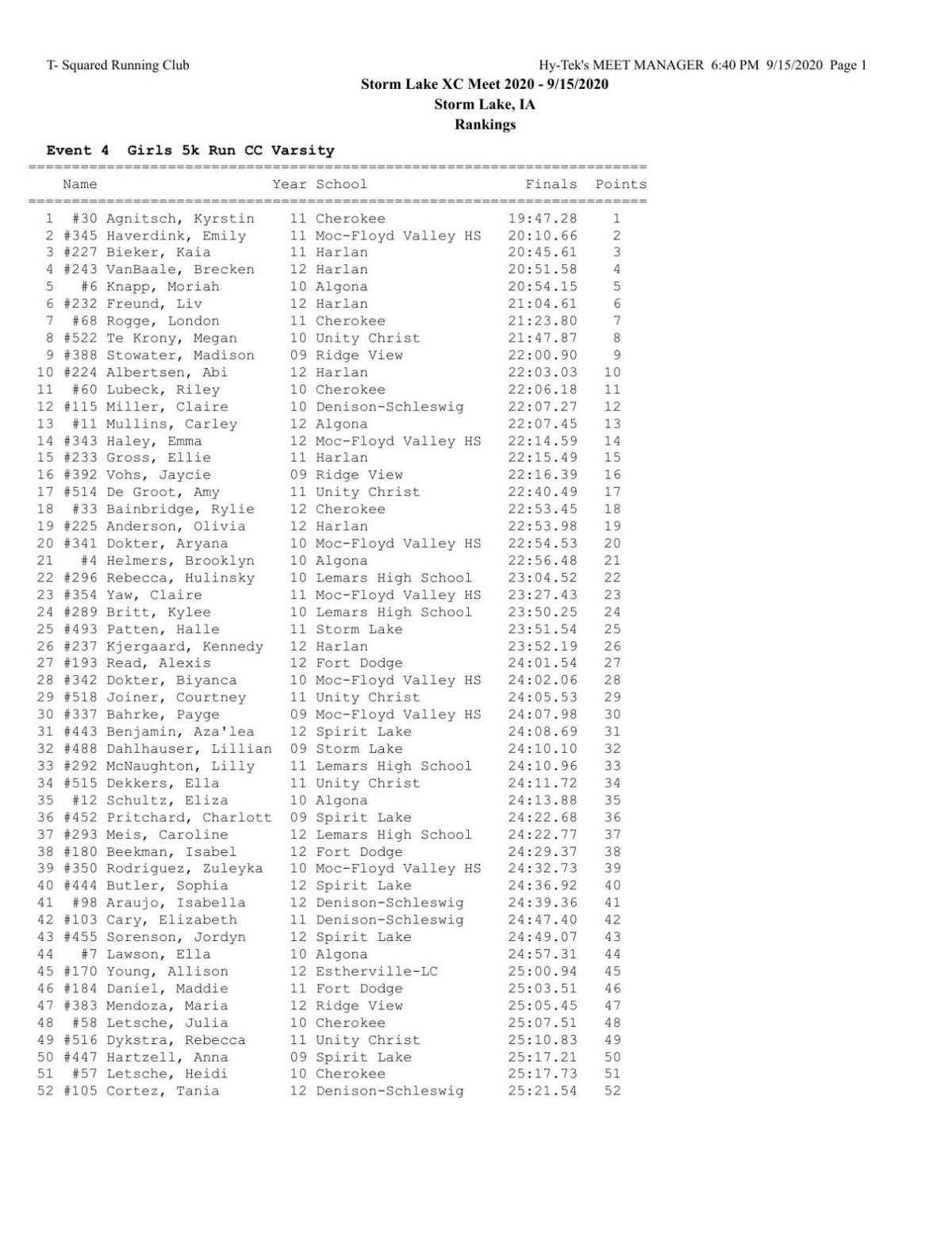 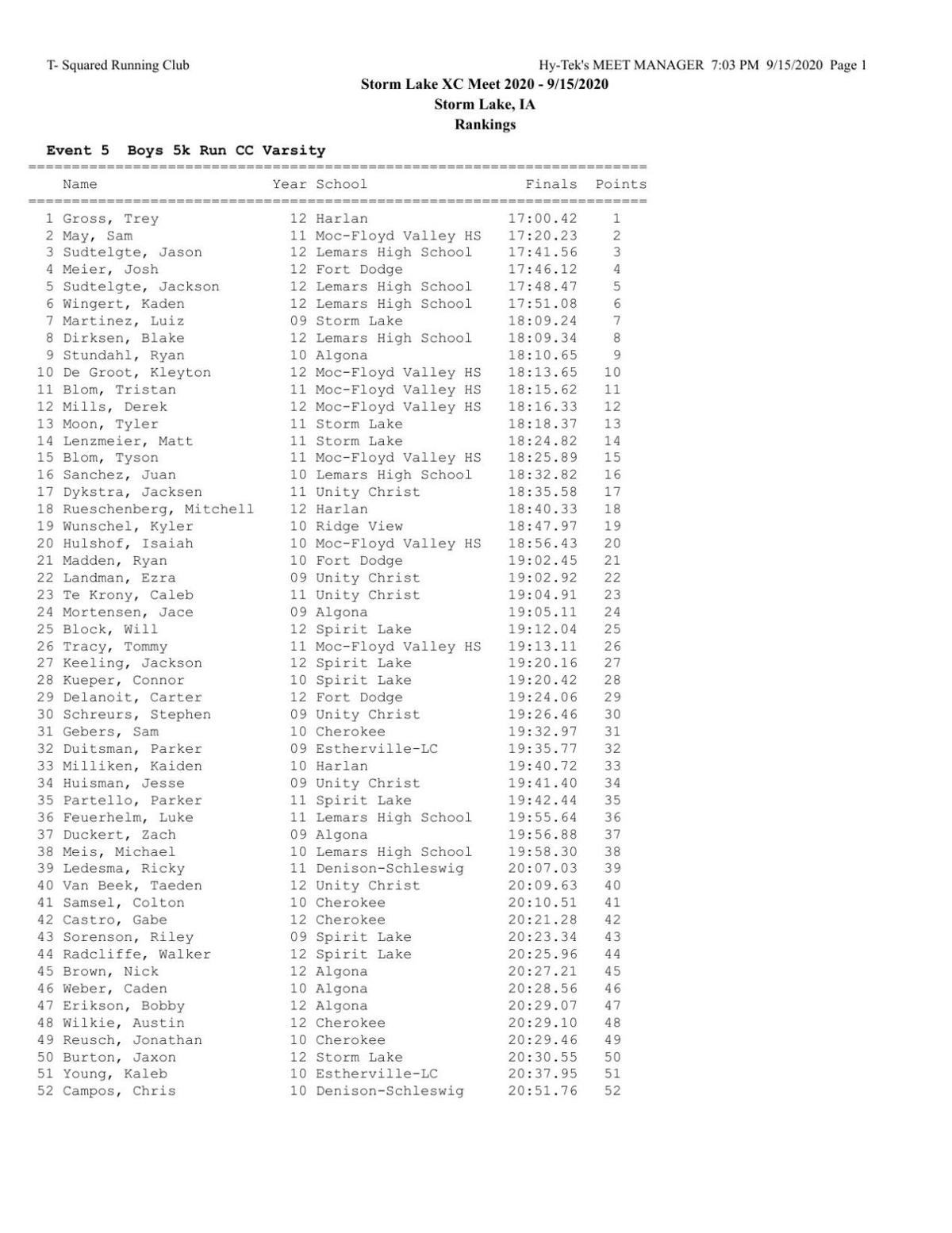 Twin Cedars' Cheyanne Bruns medaled in the girls' race with a seventh-place finish. Check out the complete results below. 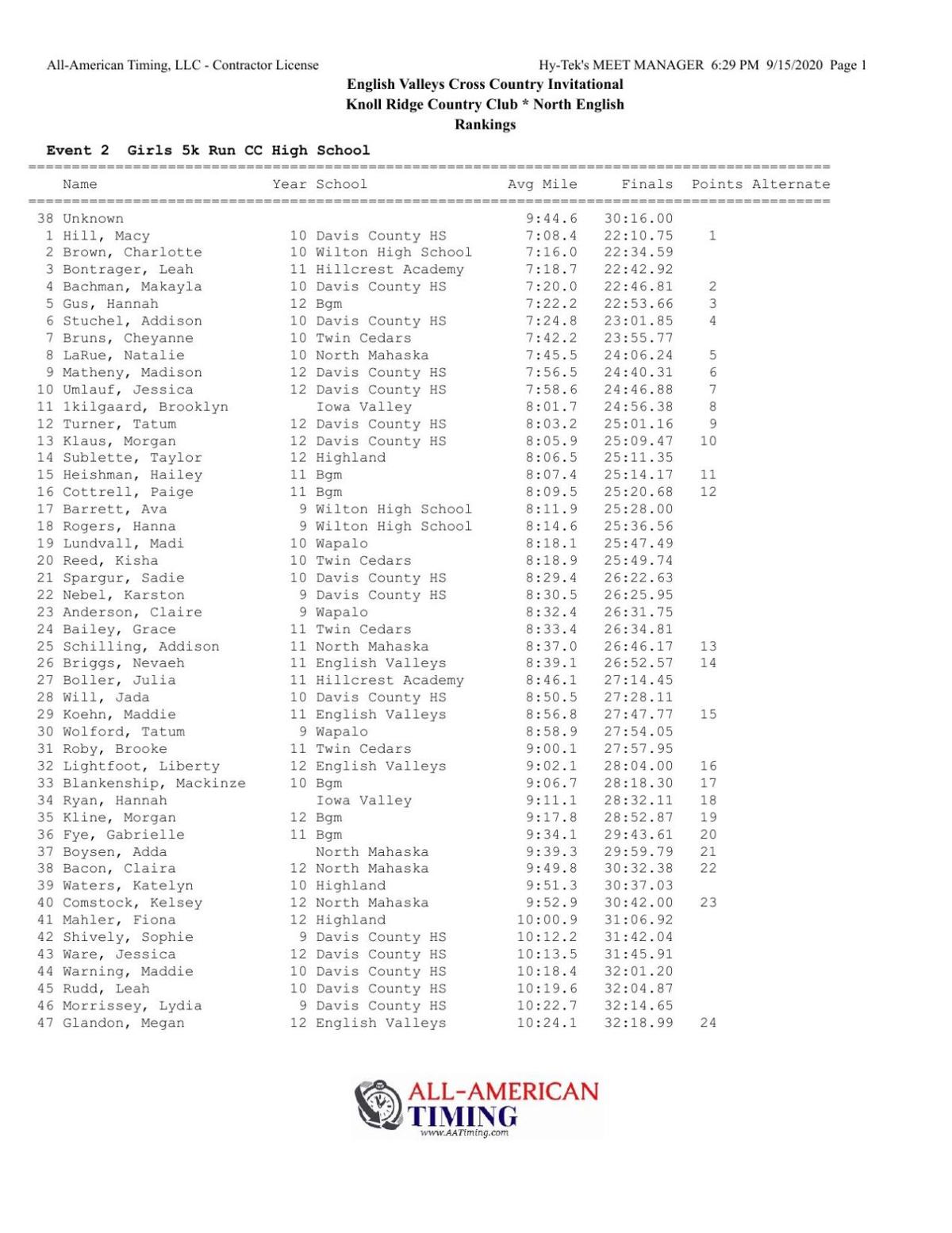 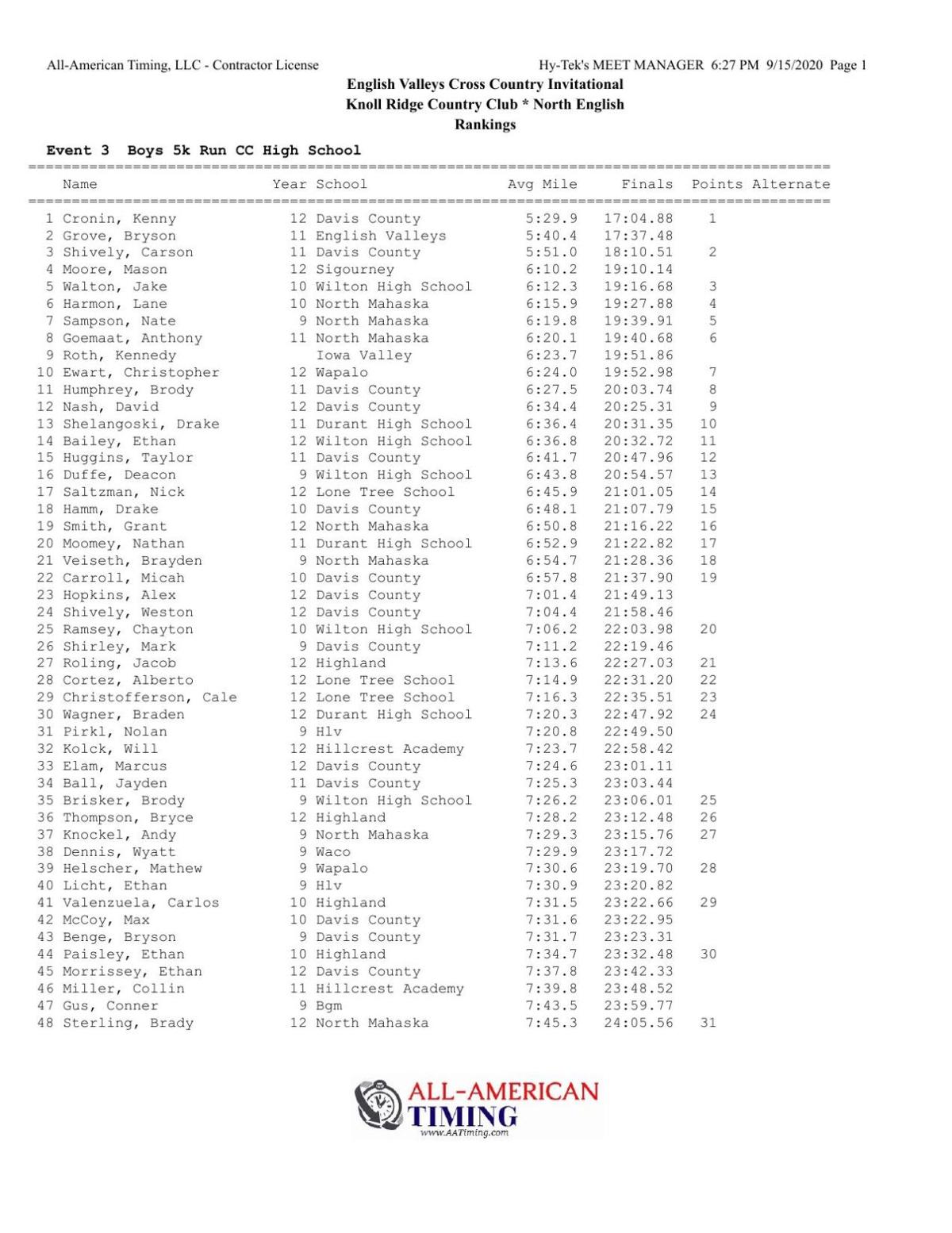 In the girls race, Lewis Central's Haley Bach was the highest-finishing area runner in 24th. Complete results can be found here.

In the boys race, Palmyra’s Drew Moyer and Chandler Berry were seventh and ninth, respectively. Wilber-Clatonia’s Thomas Lokken won the race in 18:16.72.

Milford’s girls and boys were team champions at their home meet. View the complete results below. 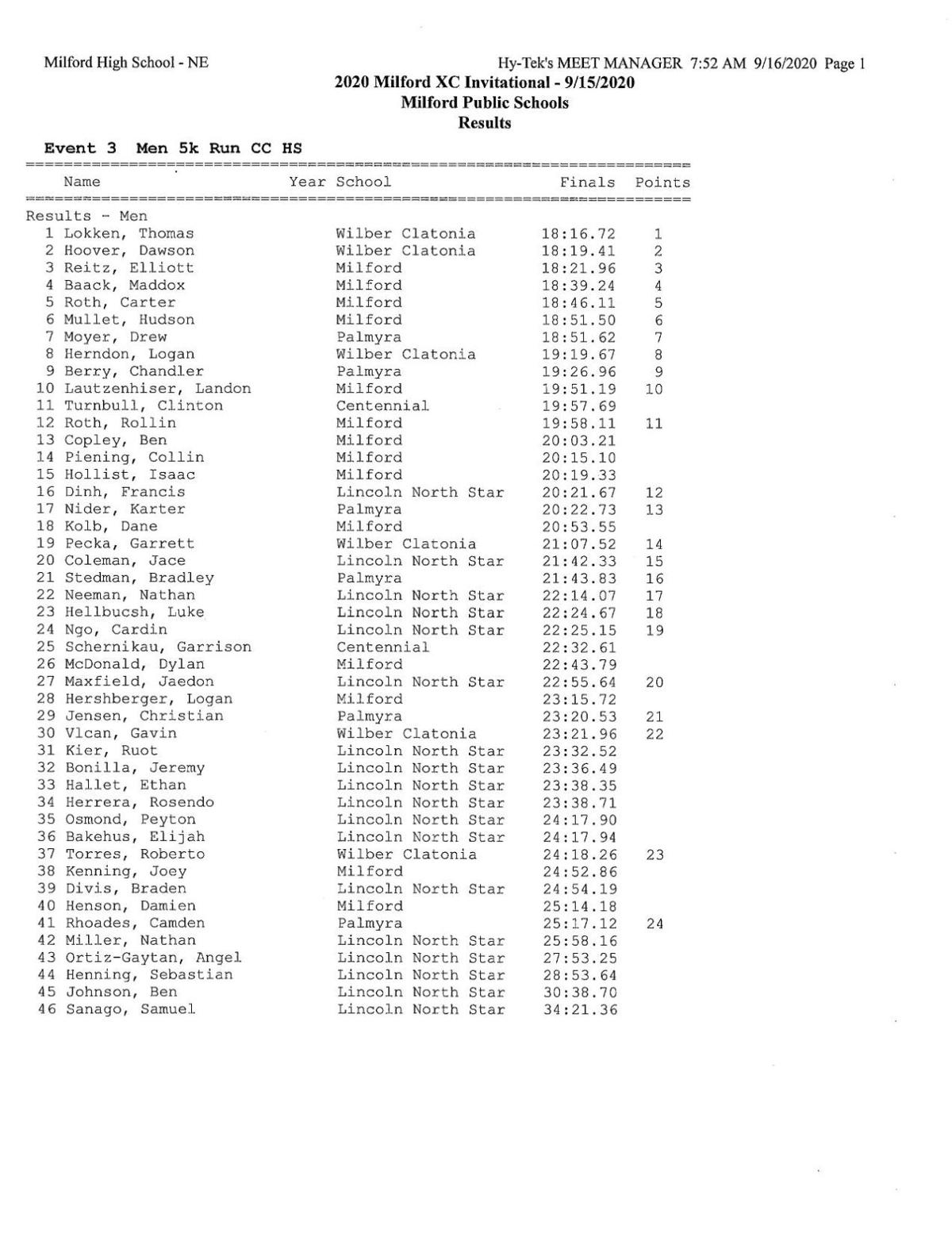