The individual champion was Haddon Anderson of Chariton, who ran to a win in 22:35. The top KMAland conference finisher was Wayne’s Maddy Wood, who finished in seventh place. 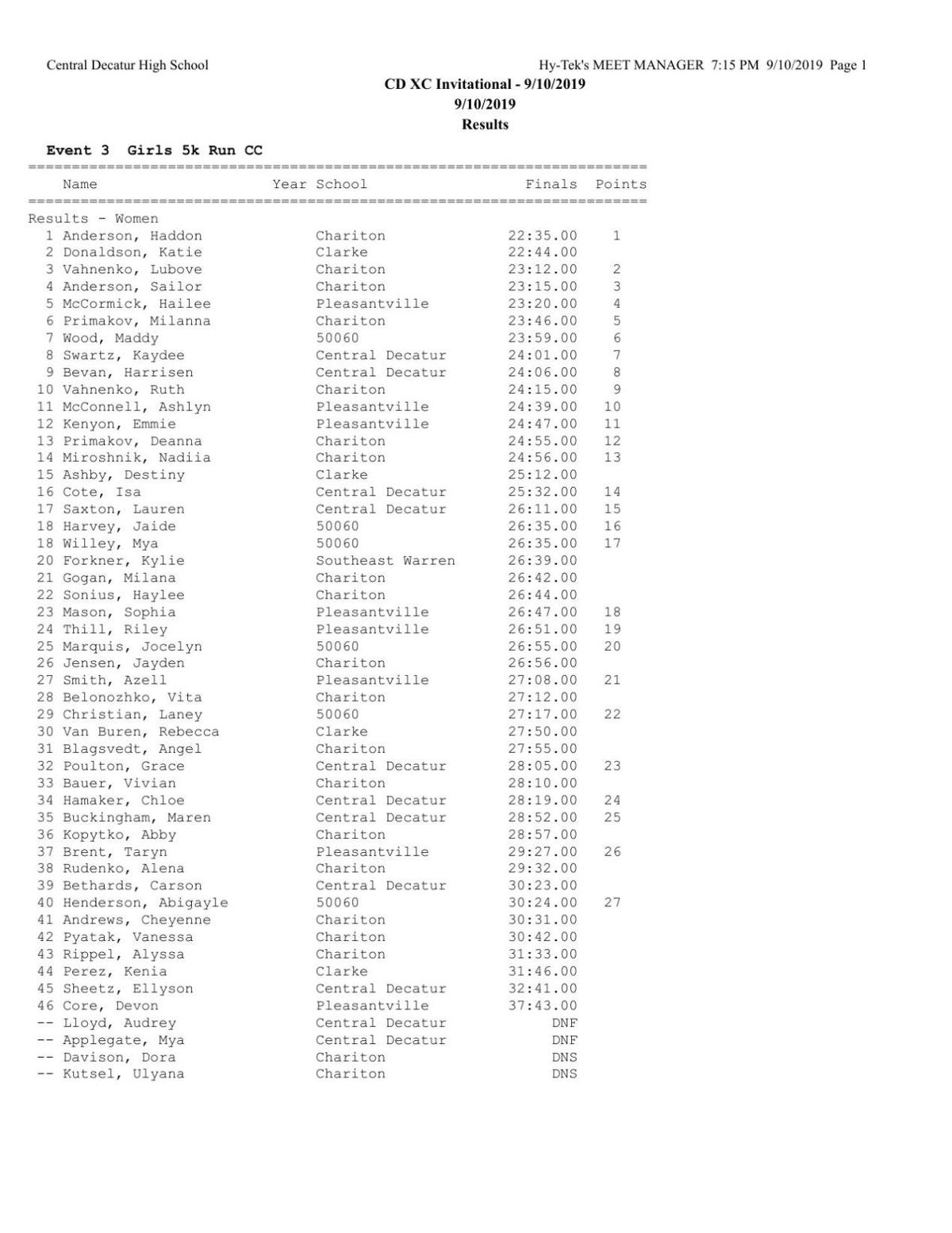 The host Cardinals were team champions in the boys’ meet, scoring 31 points. Chariton had 76 in second, Pleasantville put up 84 in third and Wayne (90) and Southeast Warren (102) rounded out the top five.

Randy Jimenez of Southeast Warren on the individual championship in 16:42. Emery Sage of Melcher-Dallas was a distance second, and Central Decatur’s William Gillis and Tate Swartz and Wayne’s RC Hicks rounded out the top five.

Tyson Mcdole was sixth for Central Decatur, Joseph Palmer of Wayne ran seventh and CD’s Glenn Oesch took 10th. View the complete results from the boy’s side of the meet below. 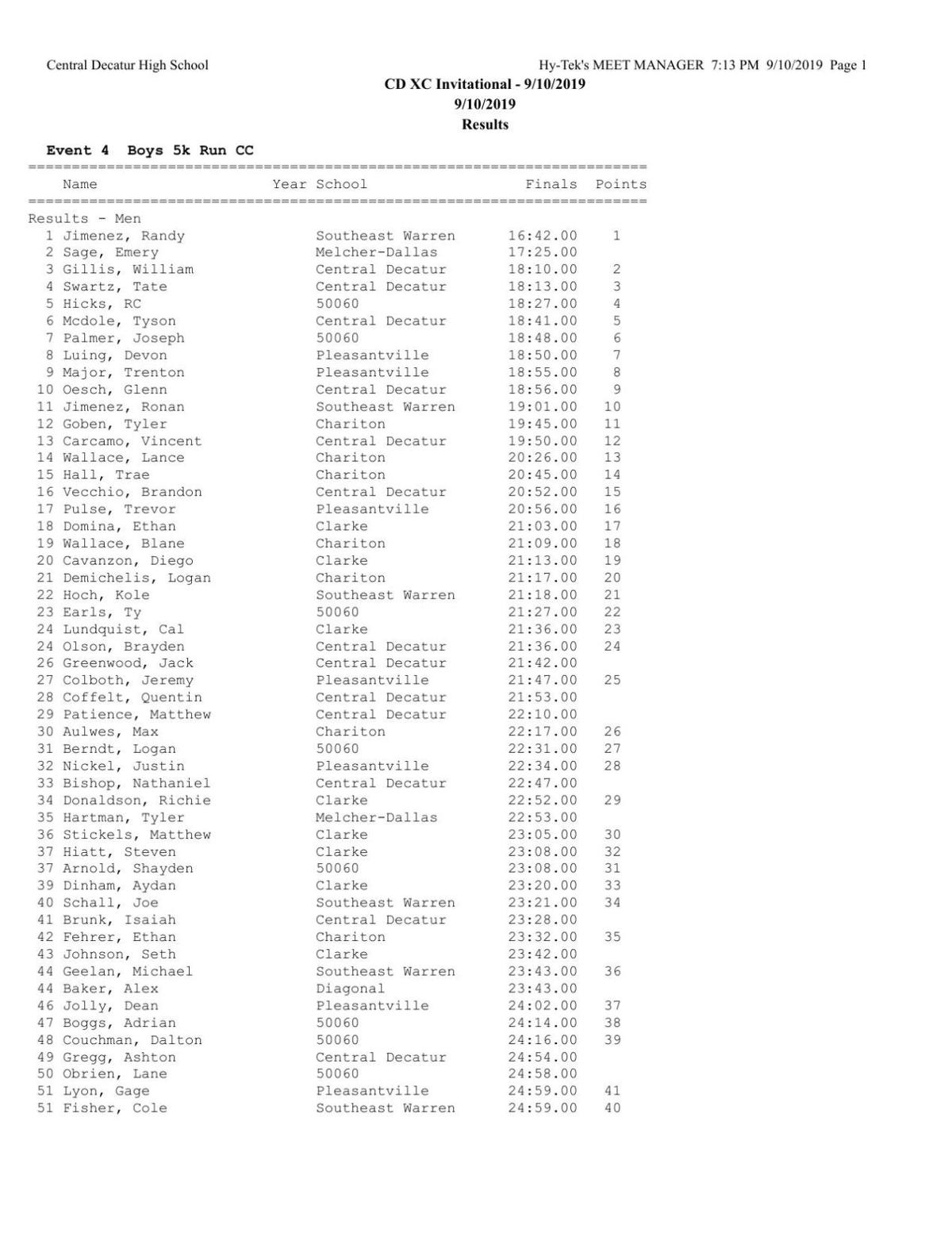 East had 64 points to win the girl’s meet while Bishop Heelan Catholic had 89, Sergeant Bluff-Luton finished with 121, Woodbury Central-Kingsley Pierson had 139 and Le Mars ended up with 140.

Kaia Downs of Sioux City East won the championship in 18:51.68 while Amber Aesoph of Bishop Heelan was second in 19:50.05. Logan-Magnolia, which placed ninth as a team, had Taylor and Courtney Sporrer run third and fourth at the meet.

View complete results from the girl’s side of the meet below. 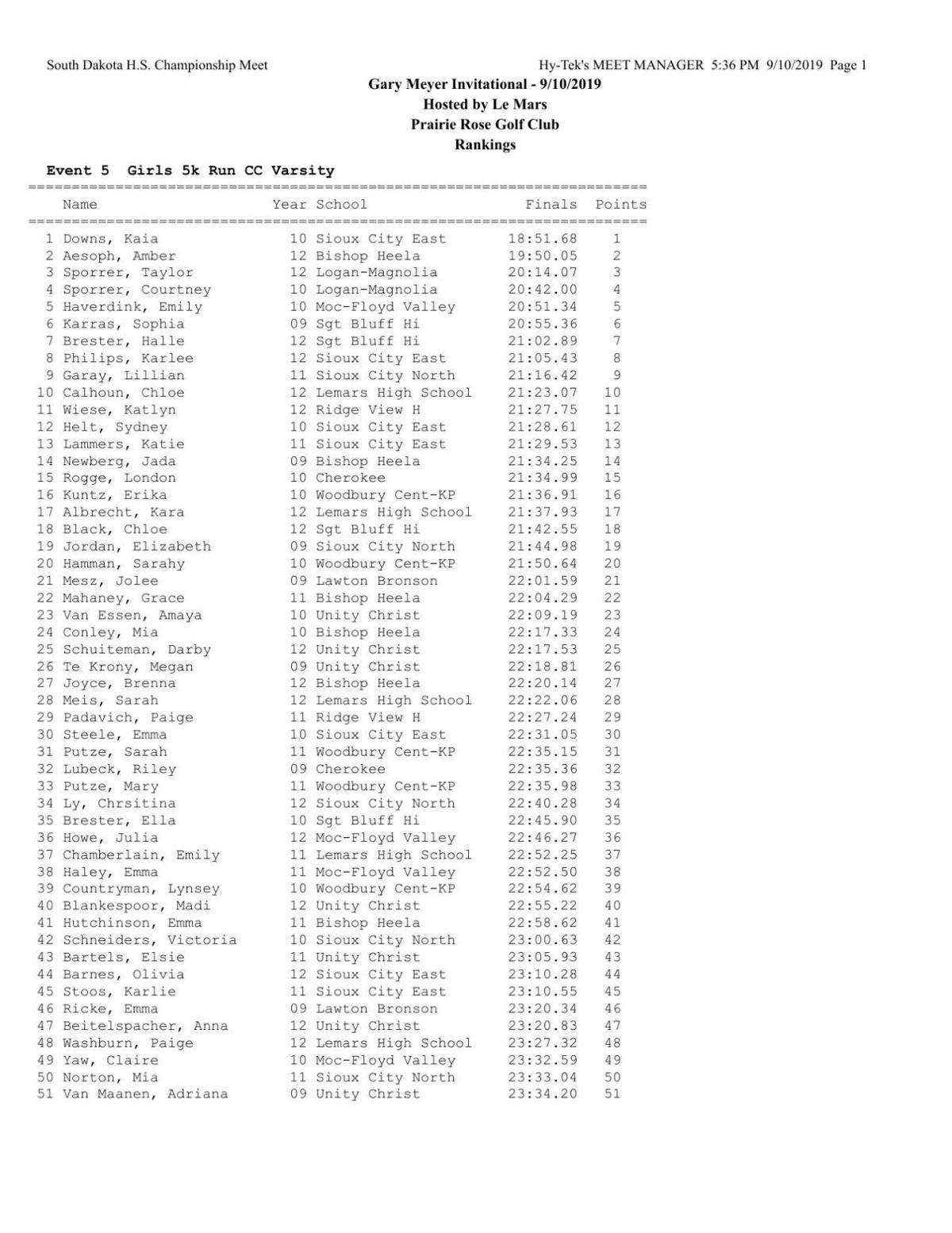 In the boy’s race, Sioux City North had 30 points thanks to five of the top 10 scorers at the meet. Thomas Jefferson finished with 91 points in second place, and MOC-Floyd Valley had 107. Gehlen Catholic finished with 150 and Sergeant Bluff-Luton had 154 to round out the top five.

Sioux City North’s Jaysen Bouwers ran to a win in 16:20.25, and Wimach Gilo of Thomas Jefferson was second in 16:35.57. Will Lohr of North finished fourth, and TJ’s Aidan Booton was fifth.

The Yellow Jackets also had an eighth-place finish from Juan Martinez while North placed runners in sixth, ninth and 10th. View the complete results from the boy’s meet below. 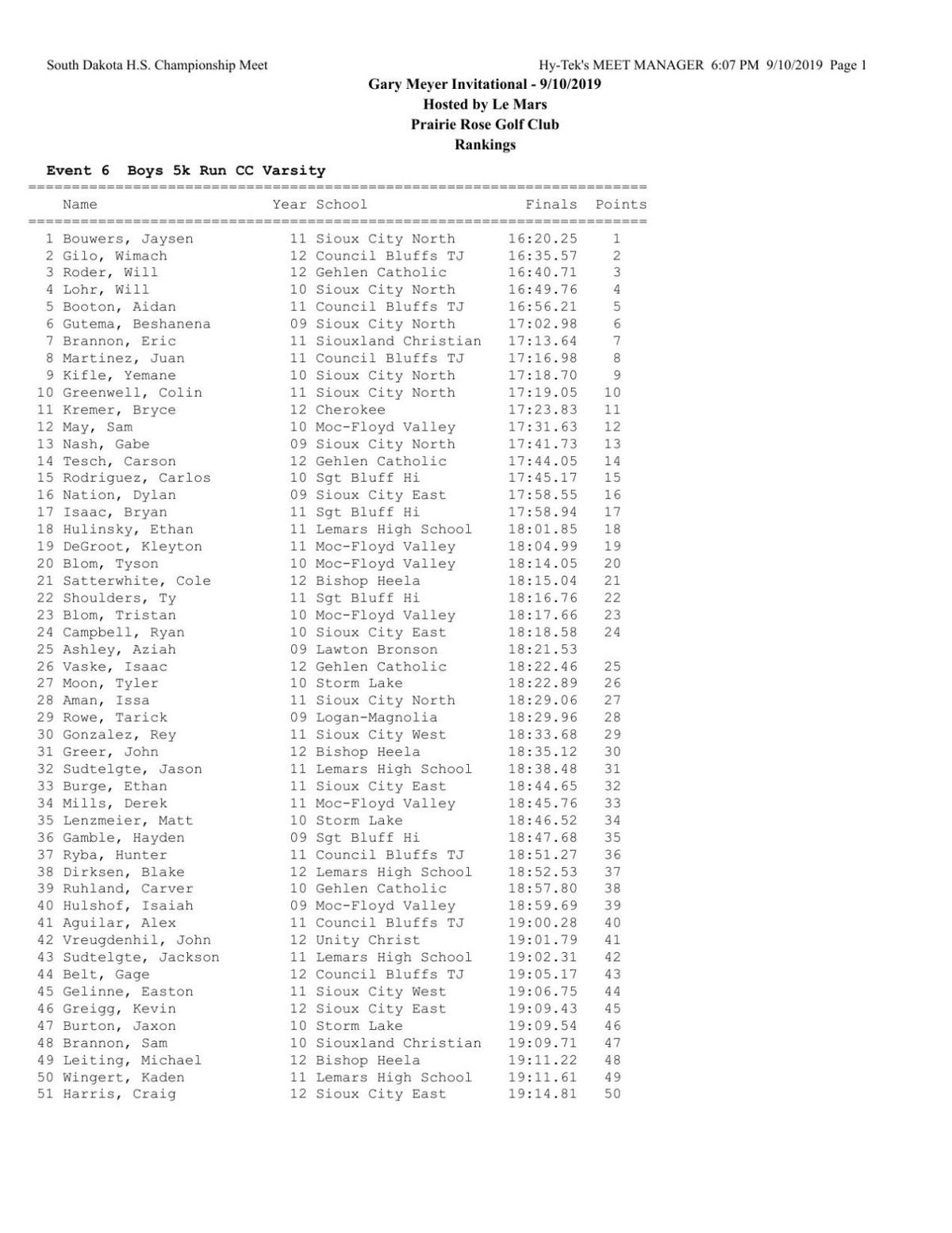