(KMAland) -- Martensdale-St. Marys cleaned up with the release of the 8-Man District 6 awards.

Find the complete list of first and second team and honorable mention all-district choices in the PDF below. 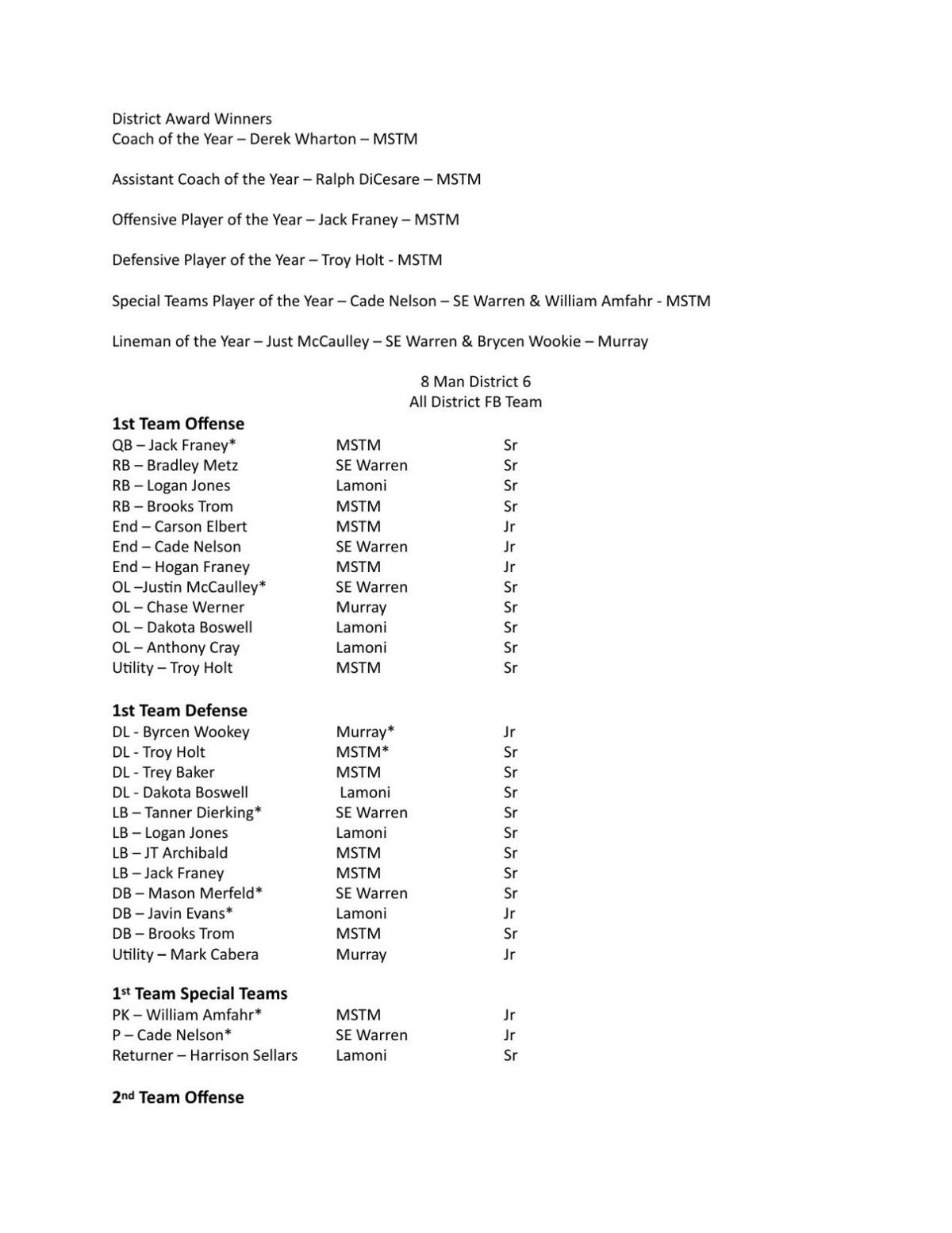