(KMAland) -- Mount Ayr’s Jaydon Knight and Jaixen Frost and Kasey Carter of Martensdale-St. Marys were named unanimous First Team All-Pride of Iowa Conference with the release of the conference baseball awards on Thursday.

On the infield, Frost and Carter are joined by East Union’s Wyatt Carlson and Central Decatur’s Matthew Boothe. In the outfield, Mount Ayr’s Erik Trujillo, Carson Elbert of Martensdale-St. Marys and Mason Merfeld of Southeast Warren were picked on the first team. Dawson Swank of Mount Ayr and Hogan Franey from Martensdale-St. Marys were both named as utility players.

View all Pride of Iowa Conference award winners, including second team and honorable mentions in the PDF below. 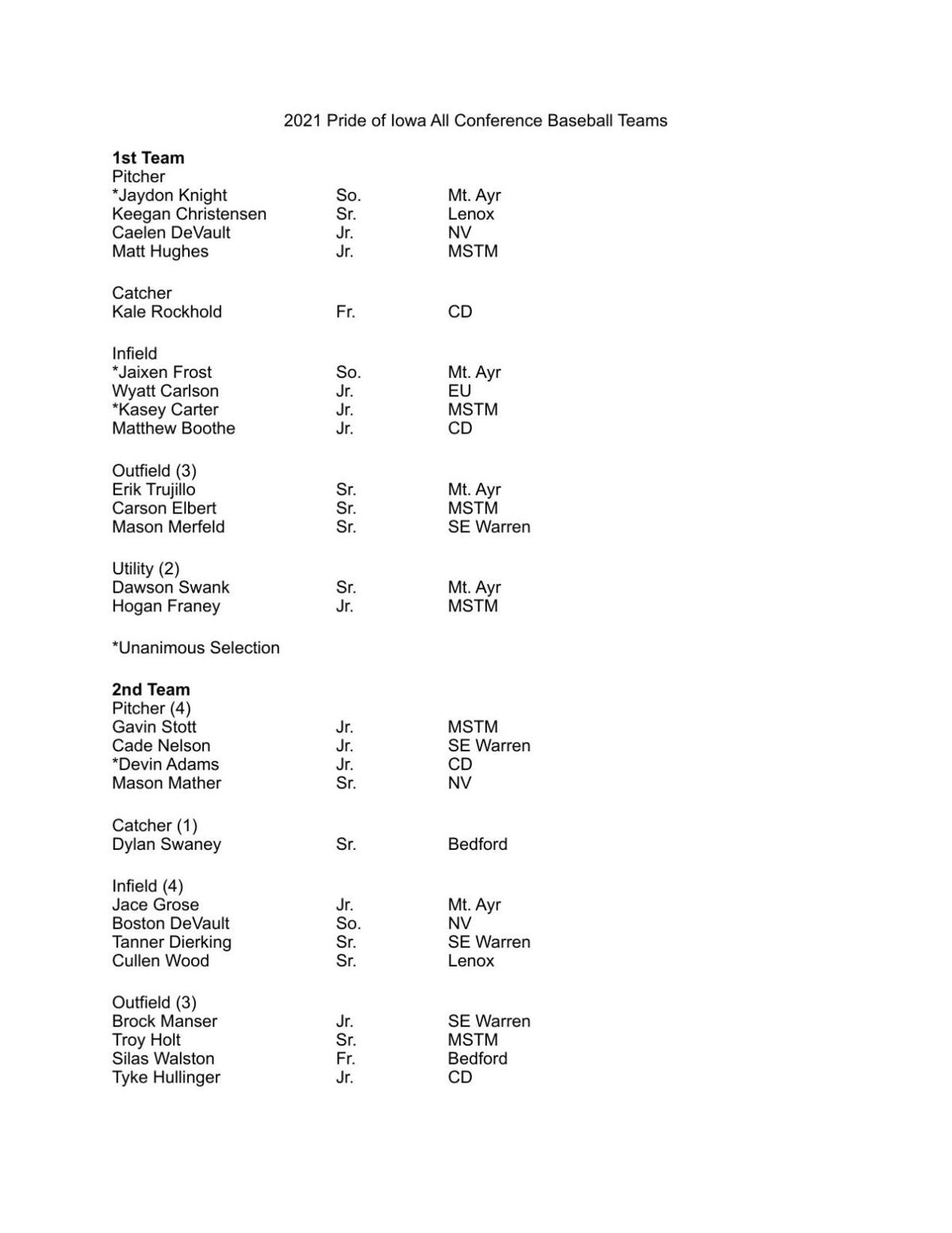