(KMAland) -- The Corner Conference released their all-conference volleyball teams and they feature a hefty dose of Stanton and East Mills on the first team.

The complete teams can be viewed below. 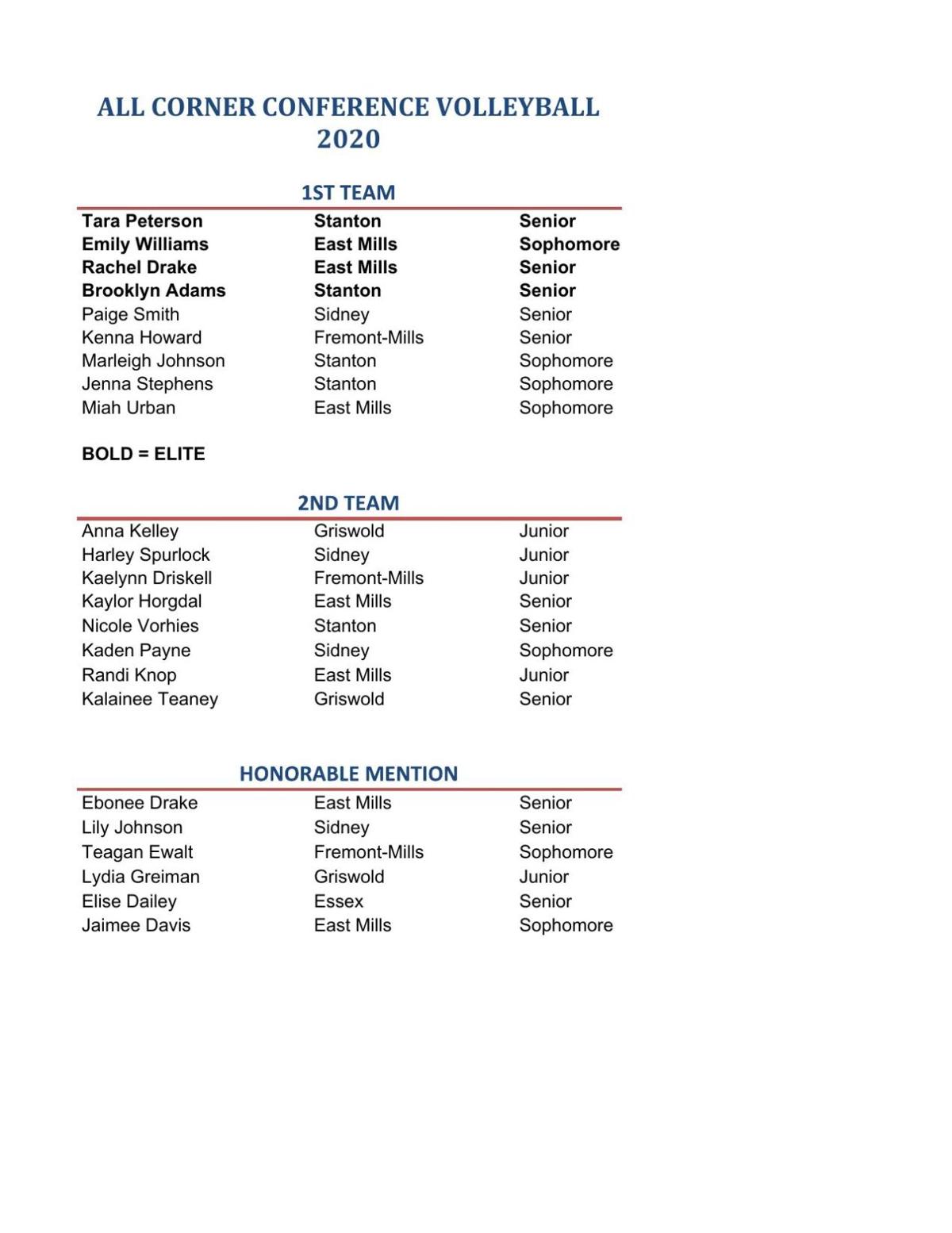