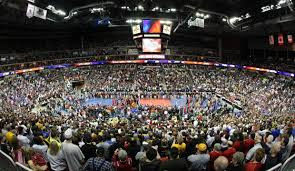 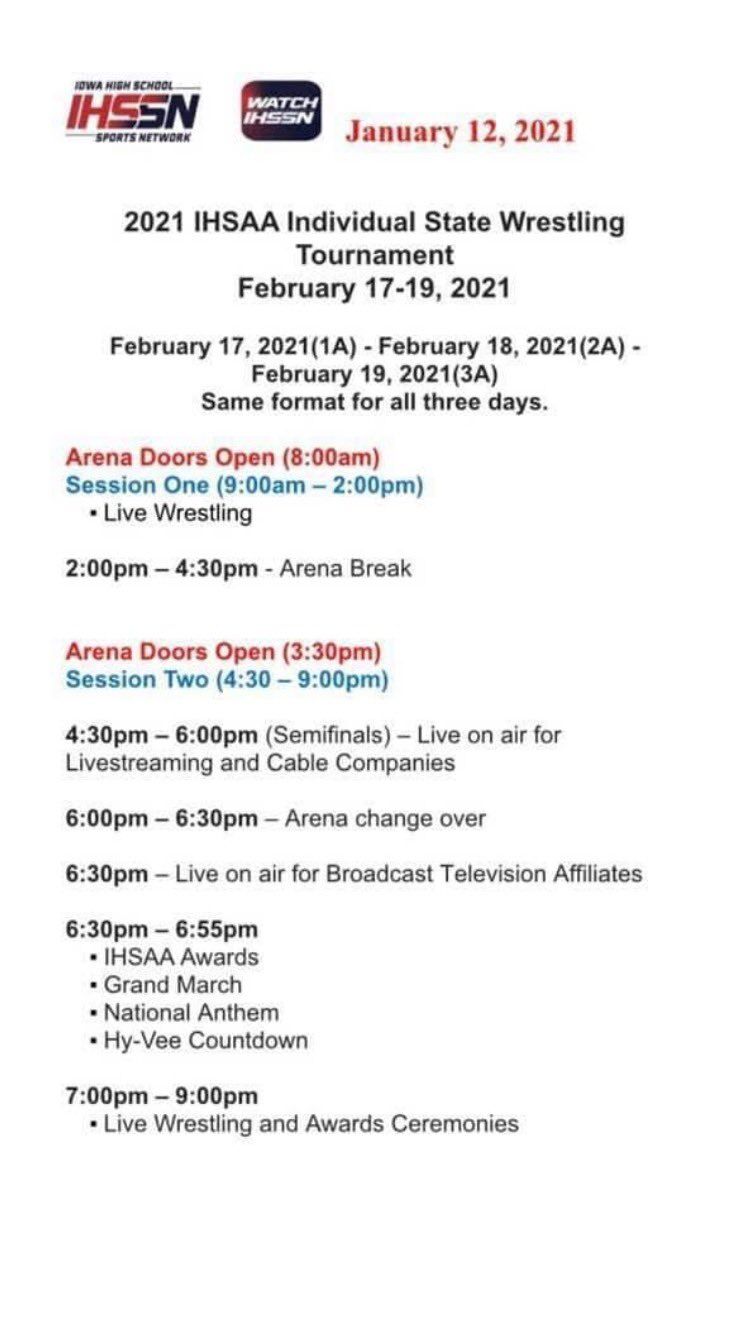 UPDATE: In an email to the media, the Iowa High School Athletic Association says that no formal decision has been made in regards of state wrestling and will not be made until their Board of Control meeting on January 21st. Until then, reports regarding potential changes should be considered unofficial.

(KMAland) -- KMA Sports has learned of a proposal that would make the 2021 Iowa High School State Wrestling Tournament a trio of one-day shows.

This move brings the individual tournament to a Wednesday/Thursday/Friday format rather than the traditional Thursday/Friday/Saturday schedule.

The status of the State Dual Tournament is unknown at this time.

The complete release can be viewed below.