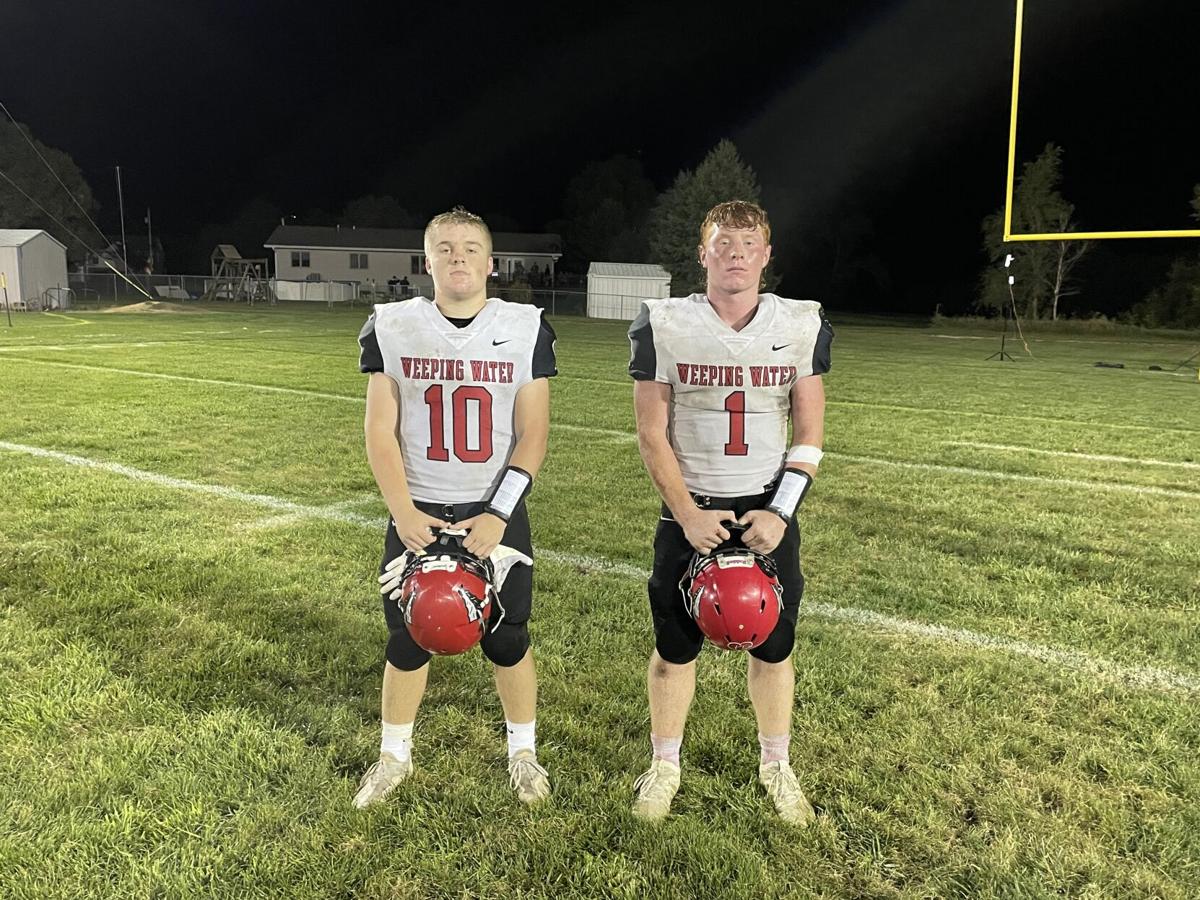 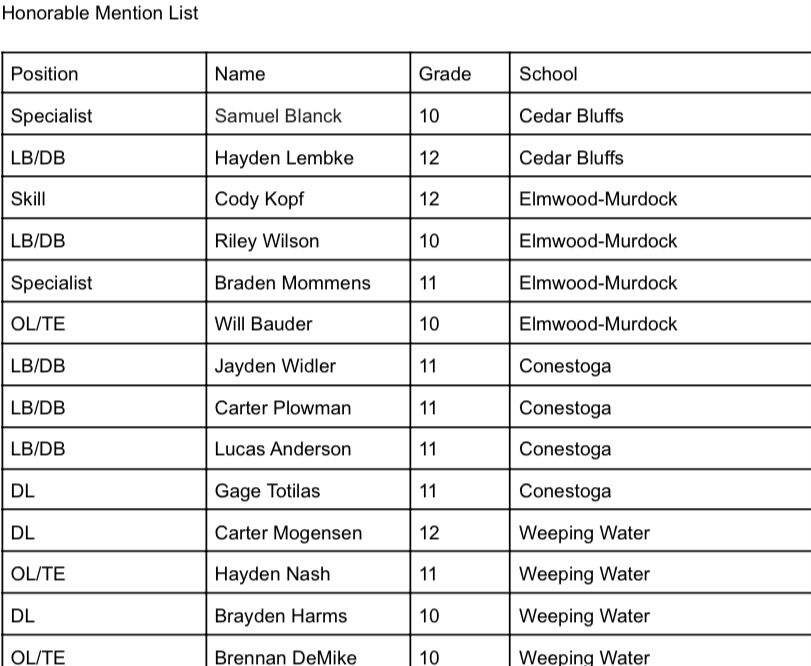 Those nods went to Logan March, Hutner Mortimer and Keegan McDonald on the offensive side while Mortimer, Ethan Essary and Sayler Rhodes earned recognition defensively.

Elmwood-Murdock had four first-team honorees: Henry Coleman, Cade Hosier and Reid Fletcher on the offensive side and Sam Clements on the defensive team.

Conestoga put three on the first team, including Wyatt Renner on offense and Keaghan Chini and Evan Svanda on defense.

View the full teams below.